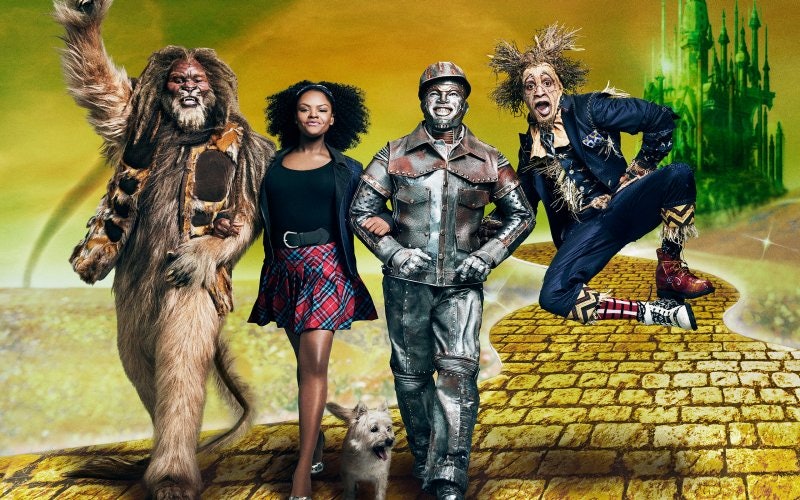 Admittedly, I'm not particularly the biggest fan of live musical events on TV. I love theater, and I love when shows are broadcast live, but somehow combining the two into a network TV special takes the magic out of things for me, and I've never been into it. That's why news that The Wiz Live! was next on NBC's TV musical production roster was groan-worthy at first. Of course, I changed my tune when I saw cast members Ne-Yo, Shanice Williams, David Alan Grier, and Elijah Kelley perform on the Macy's Thanksgiving Day Parade. It was too good not to enjoy, and now there's another element of the show to be excited about: The Wiz Live! will be accessible to visually impaired audiences — the first time that's ever happened on a live entertainment show.

Comcast announced on Tuesday that the NBC broadcast, scheduled for December 3, will include a national video pilot program throughout to enrich the experience for viewers with blindness and other visual impairments. Video description is exactly what it sounds like: an audio track that appears during breaks in dialogue that describe unspoken elements of the broadcast, from set appearances, stage movement to costumes and character expressions. Along with the actual spoken dialogue, video description gives visually impaired viewers a complete entertainment experience that's never been provided before, and that's an amazing thing.

The broadcast of The Wiz Live! just so happens to coincide with the International Day of Persons with Disabilities, which makes the show's work to include viewers of all backgrounds even more special. Comcast and NBC have partnered with a company called Descriptive Video Works to provide the video description, which will be available across the country wherever SAP, or Secondary Audio Program, is provided. The production is in good hands with Descriptive Audio Works, which has already provided the service for the wedding of Prince William and Kate Middleton, as well as the Olympics and Paralympics.

While video description may not be a service I need to utilize myself, it's certainly one I recognize as important and potentially life-changing for those with visual impairments who want the same level of enjoyment you and I get out of a show. Hopefully The Wiz Live! will be just one program in a long line to provide this service, because it will no doubt make millions of lives better and more enjoyable in the process.

Watch the trailer for The Wiz Live! below: