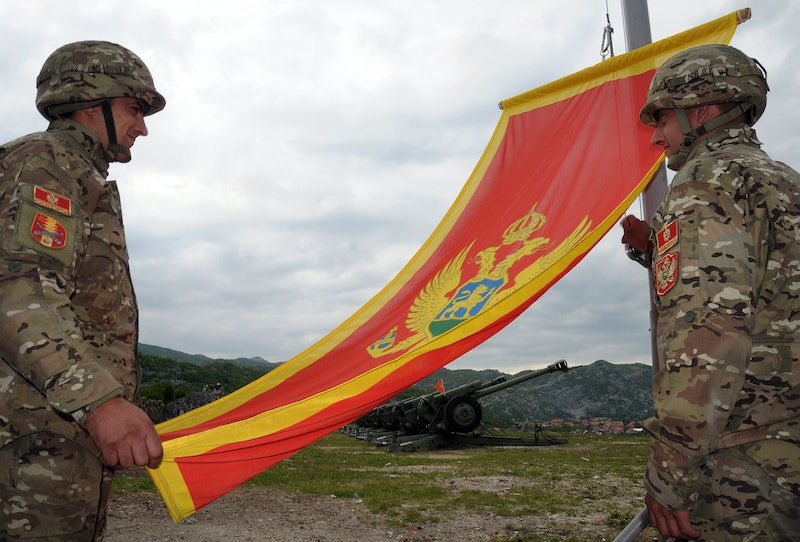 On Wednesday, the North Atlantic Treaty Organization, or NATO, invited Montenegro to join its military alliance — an invitation that has been in the works since 2009. The White House released a statement in September saying it "supports Montenegro’s membership in NATO provided that Montenegro continues pursuing reforms and boosts popular support [of] NATO accession," according to Russia Today. But why does Montenegro matter? Montenegro is actually important, especially to NATO, for a number of reasons.

Montenegro is the latest eastern European nation to join NATO since Albania and Croatia joined in 2009, according to the BBC. The decision is remarkable for a few reasons, one being that it comes 16 years after NATO bombed Montenegro during the Kosovo war when it was still a part of Yugoslavia, according to the BBC. Predictably, the invitation has upset Russian President Vladimir Putin, according to CNN. According to Russia Today, a news organization supported by the Russian government, Russia sees the expansion of NATO eastward as an "an encroachment toward its borders" that could pose a threat to Russia's national security. Montenegro, thus, isn't important because of its unique size or stance, because it's relatively small. Rather, Montenegro is important because of what its NATO invitation might mean. Here are four reasons Montenegro is more important than you think, especially when it comes to NATO.

Montenegro is located on the Adriatic Sea across from Italy. It borders Croatia, Bosnia and Herzegovina, Albania, and Serbia — of which the first three are all NATO members. This means that there are few countries remaining along Russia's borders and southeastern Europe that are not NATO members.

The treaty was created in 1949 to provide "collective security against the Soviet Union," according to the U.S. Department of State. This mission combined with Montenegro's location along the Adriatic has made Russia feel threatened.

Russia Today reported that Montenegro's accession into NATO "would force Russia to cut a number of joint projects and programs," some of which are military. As a result, the Russian government said it would take "retaliatory measures" over the invitation, though it hasn't specified what those would be, according to the Wall Street Journal. Though U.S. Secretary of State John Kerry has repeatedly said that NATO is a "defensive alliance" and not a threat to any specific country, Russia is not convinced. Kremlin spokesman Dmitry Peskov told reporters that NATO cannot keep expanding toward Russia, according to the WSJ:

On all levels, Moscow has always noted that the continuing expansion of NATO, of the military infrastructure of NATO to the east, can only lead to retaliatory measure from the east, from the Russian side, in terms of guaranteeing the security and maintaining a parity of interests.

So, Montenegro's participation in NATO effectively deepens the East-West battle that has been focused heavily in Ukraine for the past year, according to Reuters.

3. Montenegro Is Still In A Period Of Reform

Montenegro is in a transitional period right now, and that's something the West is taking advantage of. The country has a population of about 650,000 people and a military with 2,000 active members, according to the BBC. Its small size shows why its addition to NATO is more symbolic than strategic in a military sense. NATO diplomats said it will send a message to Russia that it cannot control the alliance's expansion, according to the BBC.

Montenegro was given a set of reforms in 2009 that it had to implement in order to be accepted into NATO. These reforms included improving the rule of law in the country and taking steps to change its security services. Montenegro Prime Minister Milo Djukanovic said the country was committed to fighting organized crime and corruption, which he himself has been accused of being involved with, and said he's looking forward to a "beautiful alliance" with NATO, according to the Wall Street Journal.

Whether Djukanovic can successfully implement all of the reforms will affect the country's accession over the next year. In October, Montenegro police fired teargas at protestors who demanded Djukanovic's resignation, according to the Guardian. One of the reasons behind the protests was the country's plan to join NATO, which led Djukanovic to believe that Russia was behind the protests.

4. Montenegro Is Independent From Russia

NATO has an "open door" policy that effectively says it will invite and admit countries who want to "spread security, stability and democratic values for which the alliance stands,” Jens Stoltenberg, the NATO secretary-general, said in statement, according to the WSJ.

One of Russia's neighbor's, Georgia, postponed its bid to join NATO in October because a portion of its territory is occupied by Russia at present, according to the Wall Street Journal. Admitting countries that are partially controlled by Russia could been seen as a direct attack on the country, which NATO diplomats obviously want to avoid. Admitting a smaller, somewhat politically malleable country like Montenegro allows NATO to send a clear message to Russia that it does not have veto power over expansion of the alliance.