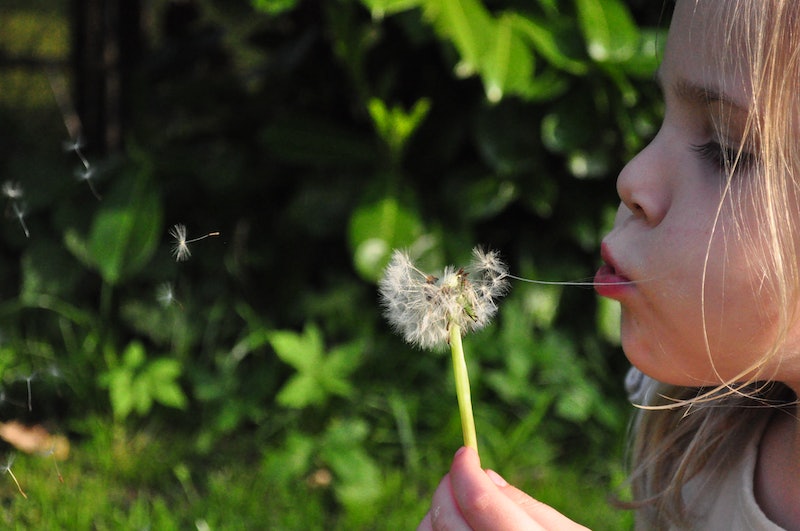 As an older Millennial, it's a little weird to me that people born in the early 2000s are frequently still considered Millennials; people born in the mid-'80s like myself came of age in a vastly different climate than those born almost 20 years later. It's a phenomenon not unconnected to another question that pops up with some regularity: If Millennials are those born between 1982 and 2004, what is the post- Millennial generation called? Well, MTV has an answer for us, thanks to the results of a poll the company conducted earlier in 2015: Post-Millennials are “the Founders” — a term decided upon by the generation itself. Good to know.

As is the case with many generations, it's not entirely clear what the age range of a post-Millennial actually is. At its earliest, a post-Millennial might be born in the mid to late '90s (which overlaps with the widely-held belief that Millennials cover up through the early 2000s); at its latest, the term covers those born in 2005 and onward. Either way, though, it's been equally unclear what this particular generation should be named. But that's where MTV and their new name, “the Founders,” comes in.

In order to arrive at this title, MTV surveyed over 1,000 kids who were born after December of 2000 on what they think their generation should be called. The survey, which took place in March of 2015, generated a list of a whopping 544 names; beyond the Founders, which turned out to be the winner, other suggestions included the Navigators, the Regenerators, the Builders, and the Bridge Generation.

Given how frequently I'm reminded that the future really is now, it's perhaps unsurprising that they all sound like organizations one would find in a sci-fi story.

But MTV is far from the first group to attempt to get to the bottom of exactly what the post-Millennial generation might be, name-wise. I dug up a few other options people have suggested throughout the years and taken the liberty of ranking them by their appropriateness. It's worth noting that my ranking is completely subjective and not at all scientific; then again, I'm not really sure there actually is a scientific way to determine the best or most accurate name for any particular generation. In any event, though, here's what we've got to work with. Which do you think suits post-Millennials the best?

7. The Pluralist Generation, aka Plurals

This one comes to us from media consultancy Frank N. Magid Associates, who offered it as an option to USA Today in 2012. They're called Plurals because they'll “have to manage conflicts in a pluralistic society where there is no majority race, no dominant media, and no dominant family unit.” I'm unclear about why diversity appears to be painted in a negative light here — what's wrong with there being no majority race, dominant media, or dominant family unit? — so for me, this one ranks dead last.

While this one probably originates in the now-ubiquitous iWhatever name format popularized by Apple products — which, notably, kicked up in the early 2000s around the same time all these post-Millennial kids started arriving on the planet — I can't help but think that it's possibly a subtle dig at a classic Millennial stereotype, too. iGen is pretty close to Generation Me — even though the stereotype of the modern young adult being incredibly self-absorbed isn't necessarily reality.

So named for the fact that post-Millennials are pretty much the first generation who have been plugged into the Internet for their entire lives. I'm not fond of the way the word itself sounds, but it makes a certain amount of sense.

What did they find, exactly? I honestly have no idea. But if that's what they want to be called… well, then, that's something we should take into consideration.

A 2005 poll conducted by William Strauss and Neil Howe — creators of the Strauss-Howe generational theory — returned the overwhelming response that the post-Millennial generation should be called the Homeland Generation. I realize that the moniker is a result of the fact that the Department of Homeland Security was created around the same time this generation started being born; as such, they're the first generation to grow up never having known a world without it. In that respect, it makes sense.

But it's still a little freakily Orwellian for my taste. I'll pass, even though it's fairly accurate.

Simply calling the post-Millennial generation “Posts” is a nod to the fact that they're post-so many things (not just Millennials): Post-9/11, post-Obama, post-recession, post-social media, etc. There's a strong possibility that they'll be known more for what came before them than for what came during or after them. Speaking of that last one, though, there's a pun in there, too — in 2012, Scott Hess, who was then vice president of insight at Teenage Research Unlimited, said to USA Today, this generation also “'posts' everything on Facebook.” Fitting, no? I kind of like it.

If we're going by the alphabet theme that became popular with the generation prior to Millennials, this one makes a lot of sense; Gen X (covering births between 1965 and 1984) is followed by Gen Y (another name for Millennials), which is in turn followed by Gen Z. It's also the one I've heard used most often — before anyone really started questioning what post-Millennials should be called, they were largely referring to them as Gen Z because of the already-established alphabet theme. As such, it's the moniker I'm sticking with.

The big question, of course, is what comes after Gen Z, since with it, we've reached the end of the alphabet. Thoughts?

More like this
How To Make A Dirty Shirley Cocktail
By Emma Garza
What Is A “Softboy?” The TikTok Term & Aesthetic, Explained
By Courtney Young
Why Are TikTokers Slapping Each Other With Tortillas?
By Courtney Young
Coastal Granddaughter Is The Latest Summer Aesthetic Going Viral
By Emma Garza
Get Even More From Bustle — Sign Up For The Newsletter