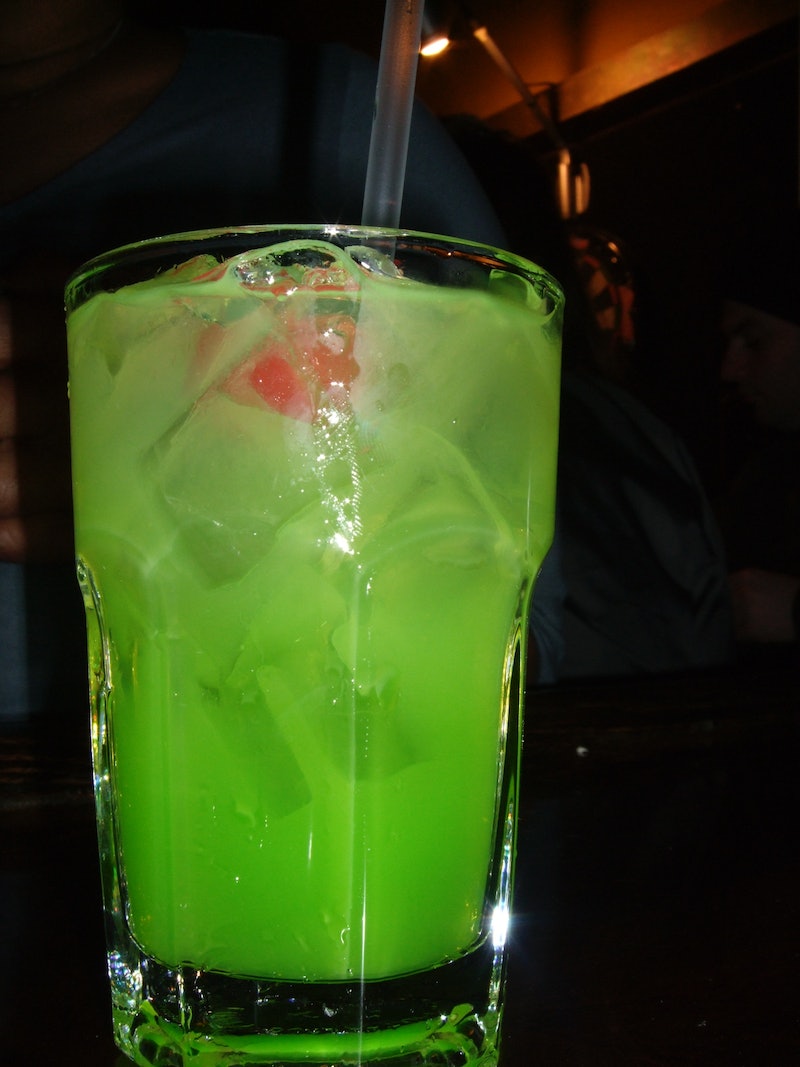 If you grew up in the '90s like me, lunchtime simply hasn't been the same since circa 2001. 'Twas that year we suffered the discontinuation of the ambrosial green nectar of our youth and first began pondering the nagging question, "What happened to Hi-C Ecto Cooler?" Undoubtedly, many sleepless nights have been spent wondering what could have compelled anyone to deprive us of the Slimer-adorned juice box that fueled us during one of the greatest decades in existence. Now is the time to lay at least some of the Ecto Cooler mystery to rest.

First, a little background info on this beloved beverage that quenches our thirst for citrus-flavored goodness (not to mention nostalgia). The saga of the Ecto Cooler starts in 1987. Following the enormous success of the 1984 live-action film Ghostbusters, Hi-C inked a deal with the franchise to promote the series via a new drink. Although some posit Ecto Cooler was a rebrand of the existing Hi-C Citrus Cooler Drink, the spectral drink itself wasn't officially born until the emergence of the cartoon series The Real Ghostbusters. The tie-in, of course, was a box adorned with everyone's favorite paranormal slobbish blob, Slimer.

While production of the bright green boxed drink was originally intended to end with the cartoon series in 1991, the drink was so wildly popular that Hi-C continued to provide '90s kids with it for another decade. It should be noted, however, that Slimer was phased out around 1997 — his likeness on the box and in commercials was replaced by a set of loud green Slimer-esque lips. In 2001, the Ecto Cooler appears to have been renamed "Shoutin' Orange Tangergreen," with the seemingly new flavor remaining listed on receipts as Ecto Cooler. It lived on in that capacity until 2006, when it was renamed Crazy Citrus Cooler before being completely discontinued in 2007.

Since then, '90s kids the world over have been holding our breath for a comeback. Dedicated groups such as the Resurrect EctoCooler Twitter handle have unflinchingly kept their fingers on the pulse of Ecto Cooler activity to ensure we're all apprised. So naturally, fans of the Hi-C Ecto Cooler couldn't contain their excitement upon learning that Coca-Cola — which is Hi-C's parent company — had quietly renewed the trademark rights to the Ecto Cooler drink. Could it be? Was Coca-Cola bringing back this beloved beverage just in time for the 2016 all-female reboot of Ghostbusters?

Bustle reached out to Coca-Cola to get to the bottom of this persistent and oh-so-promising rumor. Here's what a company spokesperson had to say:

The Coca-Cola Company frequently files and updates trademark registrations, and while we had Ecto Cooler activity in September 2015, we cannot confirm if there are any future plans for it at this time.

So: Nothing has been confirmed... but we can always hope!