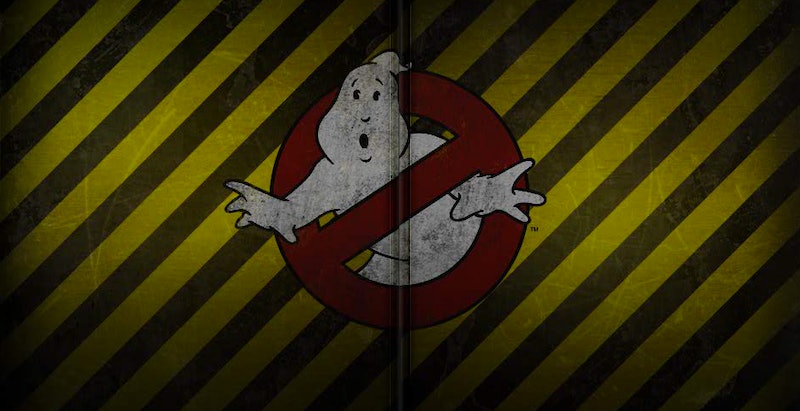 Perhaps the worst thing about getting older is knowing or referencing something that the next generation will have no idea about. The fact that there are children out there who have no idea what a walkman is makes me feel old. And what about the good old days when Pluto was a planet? Or, hey, remember Borders? Or when Aaron Carter didn't profess love to Hilary Duff every other week and was instead actually dating her? You know, the good old days. Now that it's the 30th anniversary of Ghostbusters, I can't help but remember something else that, to me, was the pure happiness of my childhood. I'm talking about Hi-C Ecto Cooler.

Naturally, the first thing on everyone's mind after they watched the first Ghostbusters film was how that green plasm that Slimer splattered all over Bill Murray tasted. You know you were curious. Thankfully, Minute Maid swooped in to lay those curiosities to rest with their Hi-C Ecto Cooler. Hi-C Ecto Cooler was a product tie-in with The Real Ghostbusters cartoon series. The drink outlasted the cartoon series because it was just that good, continuing to exist in some form straight up until it was discontinued in 2007.

And even now that it's gone, recipes for Ecto Cooler still live on, most famously the recipe by the Ghostbusters: Chicago Division that is said to taste exactly like the original. It was named everything from Shoutin' Orange Tangergreen to Crazy Citrus Cooler, but regardless of its name it always came in that famous bright Slimer green color. And yet Hi-C Ecto Cooler was more than just just a color. It was more than just a drink. It was a way of life for Ghostbusters fans all over the world.

What other drink immediately called to mind that perfect scene of Bill Murray getting slipped every time you poured it into a glass? What other drink had a classic commercial that was one part catchy theme tune and two parts hilarious horror movie parody? What other drink is bright, fluorescent green and still tastes like orange juice? The answer is no other drink, because Hi-C Ecto Cooler was one of a kind and too good to last.

The fact that there are many oncoming generations of people who will never get to experience the magic inherent in a glass of Hi-C Ecto Cooler is a true tragedy. Sure, we can watch the movies again and we might even be able to find old episodes of The Real Ghostbusters on the Internet somewhere, but that's no real substitute. Who you gonna call to get some Ecto Cooler?

Now that Ghostbusters will be re-released to theaters and there's a Ghostbusters 3 in the works, isn't it time for Minute Maid to at least consider bringing Ecto Cooler back to the shelves? And Slimer had better be on the box. If I can't hum the Ghostbusters theme song every time I go in the fridge for a box of green orange juice, then there's something wrong with the world.

For added nostalgia, check out the classic commercial below.