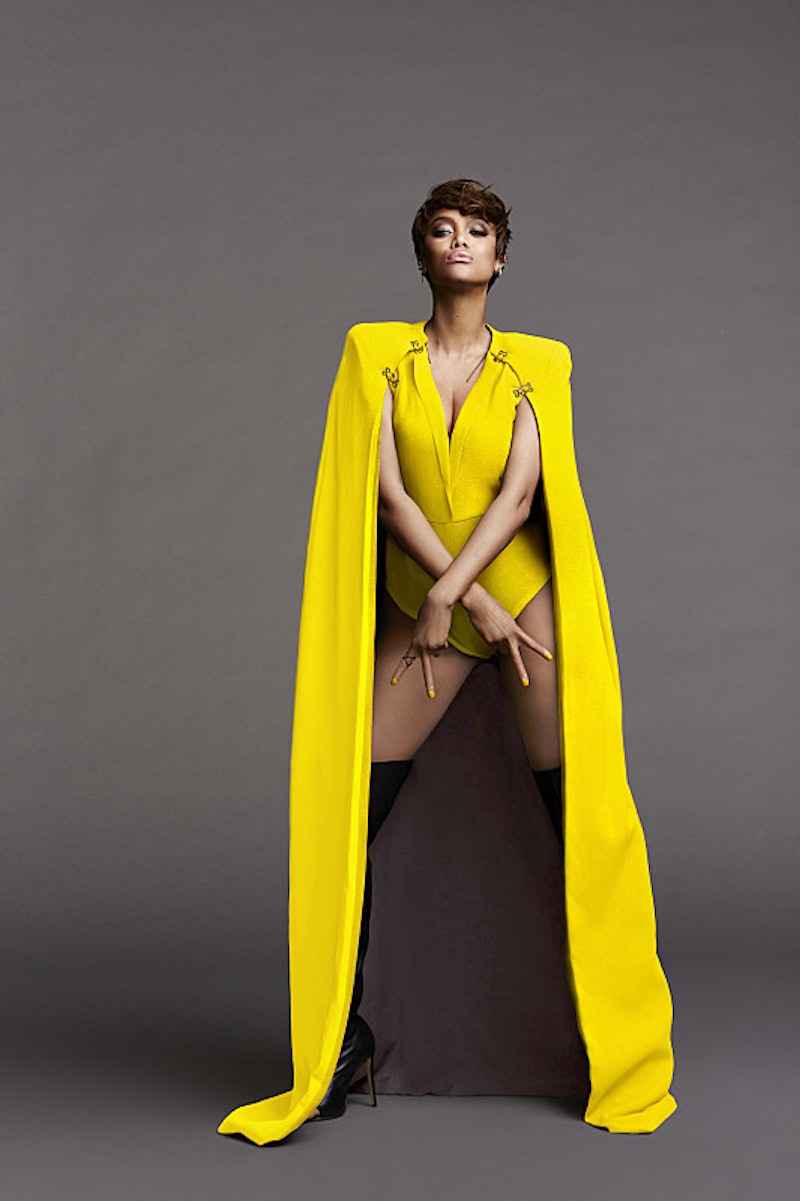 After 22 cycles, 12 years, and countless strange photoshoots, Tyra Banks' reality TV series America's Next Top Model is coming to an end. In the series finale, Banks will crown the winner of the final cycle, but what happened to all the winners of past ANTM cycles? Of the 21 previous champs to take home the title of America's Next Top Model, most of them are still involved in modeling and the fashion industry in the U.S. and/or internationally. But, while fans can't forget some victors, like Cycle 3's Eva Pigford, where are the America's Next Top Model winners you may have forgotten won the reality competition?

Many of the early winners have become well-known for their work after moving on from America's Next Top Model. Cycle 1 winner Adrianne Curry had a highly publicized relationship with Brady Bunch star Christopher Knight that led to the reality series My Fair Brady (remember that??). Danielle Evans from Cycle 6 is still a busy model, and in 2013 she published The Skinny on Getting In for models looking to get started in the industry. Plus, many contestants of ANTM that didn't win have gone on to have highly successful careers. But, if you were wondering whatever happened to the less-memorable winners, I've got you covered.

After winning in 2005, this ANTM victor modeled for a number of major brands before reportedly going back to school at California State University Northridge to study marketing. The Grand Forks Herald reports that she got engaged in 2013, and she's currently represented by Nous Model Management, so she's still in the business!

Though she modeled for a while after being crowned America's Next Top Model in 2007, in 2013 she made the leap from fashion to acting. This ANTM alum now goes by Sal Stowers and has appeared on New Girl, Switched at Birth, and All My Children, and she's currently a series regular on Days of Our Lives.

Outside of the modeling work she received as part of her prize for winning ANTM, Sullivan hasn't participated much in the fashion industry. Instead, she married her boyfriend, professional mixed martial arts fighter Sam Alvey, in 2012 and has since had two children.

Another ANTM winner you may not recognize because of a name change is Teyona Anderson, who now goes by Asia Anderson. She's still modeling and working with agencies around the world. Plus, she maintains an active presence on Twitter and Instagram, keeping fans up to date with her daily life.

Remember when America's Next Top Model started having themed cycles? In Cycle 17, Tyra brought back past contestants for an All Stars challenge. That season's winner D'Amato, who first appeared on Cycle 5, still models occasionally, but these days she's also focused on her music career and her Los Angeles-centric podcast, LoL.A. w/ Lisa D'Amato. This alum also got married in 2012 and has since had a son.

After their All Stars round, America's Next Top Model came back with Cycle 18, the "British Invasion" that pitted U.S. models against those from the U.K. Sophie Sumner was the British winner who has continued to model since then. Plus, she starred on the U.K. reality series, Taking New York , before becoming the host of Music Choice. She also recently appeared on the humor podcast, Harry Says Yes, so she has her hands in multiple projects.

With America's Next Top Model coming to a close, the list of winners will cap off at 22 and we can only wonder where these top models will go from here. But, if their current successes are any indication, they'll continue to go far.