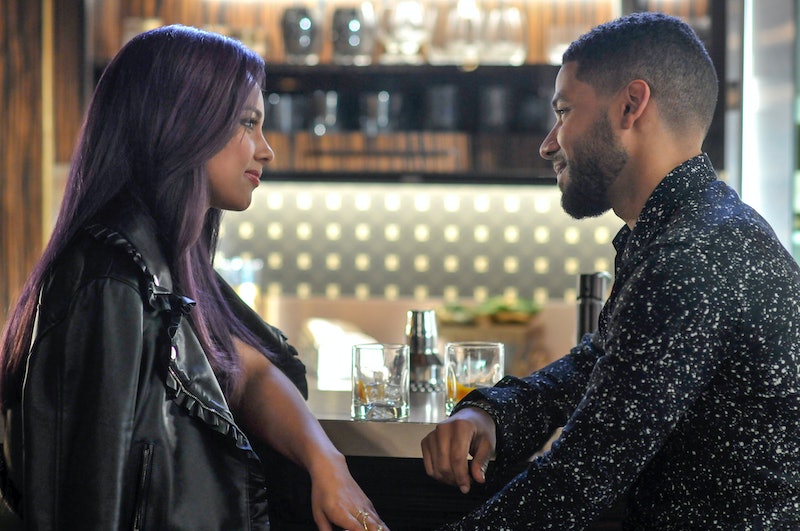 If you’re a part of the Empire Lyon clan, you should be prepared for anything. Over the course of the show’s one-and-a-half seasons, viewers have seen heads mailed via USPS, bodies hastily buried in the middle of the night, one very notable bib, a kidnapping, a jubilant coming out, a child thrown in a trash can, and an attempted suicide — and that’s not even a quarter of the list. However, for all of its over-the-top drama, it’s important to note how progressive Empire is, especially in its depiction of sexual orientation.

Jamal Lyon’s sexual orientation has been a key part of Empire from the very beginning. He has identified as gay since the pilot, and it has been a hard road to get his father to accept him, as Lucious doesn’t believe in homosexuality. Jamal is the aforementioned child thrown in the garbage can — and I mean literally thrown in a garbage can — after he tried on Cookie's high heels as a child, embarrassing Lucious. When Jamal triumphantly came out in Season 1, there seemed to be a shift in his dynamic with his father. Jamal is gay, and he planned to conduct his life and make his music the way that he wanted, Lucious be damned. Lucious only began to tentatively accept Jamal when Empire started making money off him. The head of the Lyon family is always painted as the bad guy on Empire (because he is), so his disdain of Jamal's homosexuality was consistently portrayed as a cruel, close-minded trait. But when a storyline seems to be resolved without a major confrontation, you know Empire isn’t going to just leave it alone.

Cut to Season 2's introduction of Alicia Keys as Skye Summers, a singer aching to move on from her boring days in pop to create something better. She wants to, as she puts it, “try a new lane.” Jamal, of course, helps her, and then they share a kiss. The next day, Jamal tells Skye that even though what they have is beautiful, he’s really just into guys, which Skye understands, as she tells him that he could never love her because she’s not a man and she would never want to change him. Look at that! Maturity! Mutual understanding! Respect!

Lucious, of course, ruins this very adult moment. After he sees the obvious sparks between Jamal and Skye, he tells Jamal, “She fixed you.” While we know that Lucious is the least tolerant character on the show, this is a new low. Lucious then starts telling people in the industry that Jamal and Skye are together, all in an attempt to bolster their public profiles. This all lead to Jamal speaking out on labels in an interview with Charlamagne Tha God, asking why people can’t just be who they want to be without worrying about putting a name on it.

But the idea of labels extends beyond Jamal's sexual orientation. All of this talk about names and concrete ideas is pretty much the central thesis to Empire. Cookie is a felon, sure, but she loves her children and is working to change her life. Should she always be called a felon? Andre is suffering from a mental illness, but it’s under control and he’s happy again. Should he be defined by his bipolar disorder? Still, this theme is most important when it comes to sexual orientation, because it helps bring visibility to sexual fluidity.

Characters like Jamal, Camilla, Mimi, and Anika have all had sexual experiences with both men and women, and really, no one on Empire has batted an eyelash. It’s just part of the landscape of their world. No one judges or says much about it, except for Lucious, who at this point is essentially the show's villain. The representation of sexually fluid characters on TV has not been numerically measured, and though some Netflix series have featured fluid characters, mainstream TV is still rather limited. That's why it's so important that though Jamal identifies primarily as gay, Empire gives him the freedom to experiment without shaming him, which is something more TV series should allow their characters.