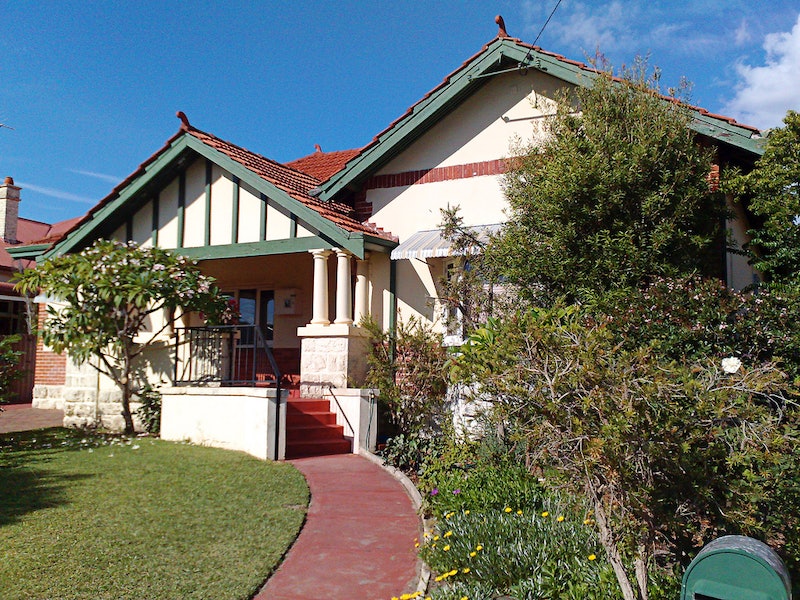 I'll be honest: I don't have the strong desire to own a house at this particular moment. I do, however, still occasionally wonder how much I need to make to buy a house, just in case I ever decide that the time is right for it. Obviously it's going to depend a lot on where you live, which is why mortgage resource site HSH's summary of what your salary needs to be in order to afford a house in 27 different metro areas in the United States is so wonderfully useful — if also a little sobering. The economy, am I right?

HSH crunched some numbers from the National Association of Realtors' 2015 third-quarter data, as well as HSH's own 2015 third-quarter average interest for a 30-year, fixed-rate mortgage in a variety of cities and metro areas around the country. Then they ranked the cities according to their results according to the salary requirements for each one.

So how did we do? The national averages and medians provide something of a marker: The median home price in the United States is $229,000, while the average 30-year fixed mortgage rate is 4.08 percent. That means the monthly payment for a house is $1,223.15, so the average salary needed is $52,420.76. There's still a pretty big disparity between the most affordable city for home-buying in the country and the least affordable one, though — the lowest salary is $33,729.07, while the highest is more than quadruple that at $153,152.08. It's worth noting that the numbers jump when you put only 10 percent down, too (as opposed to 20 percent).

The top five most affordable places to buy a home all weigh in with salary requirements of under $40,000, so if you — like so many of us — are still struggling to recover from the recession, that's not so bad, all things considered. And as far as the least affordable places go? Well, there aren't many surprises, either in the specific locations (three of the top five are in California) or in the amount you'll have to make. Of course it'll get easier if you're working with a combined income, but not everyone is, so do with that what you will. Oh, and just for the record, the home prices listed apply for the metro areas in question — not just the main cities. This explains why, say, San Francisco's average home price isn't even more astronomical than it already is here.

At the same time, though, it's also worth remembering that you don't need to buy a house if you don't want to. Whether or not you're a home owner isn't indicative of how well you're adulting (even if society still largely thinks it is), just as your relationship status has no bearing on whether or not you're truly a “grownup.” So, hey, if home owning isn't your thing? Totally cool. It's not mine right now, either. I'm adulting just fine, thank you, and I'm pretty sure you are, too.

If it is, though — or even if you're just curious — here are the five most and least affordable cities in the United States to buy a house depending on how much you make. Head on over to HSH to see the ranking of all 27 metro areas.

The Most Affordable Places To Buy A House

On average, you'll shell out $132,000 for a home in the Cleveland area, so if your mortgage rate is 4.08 percent, your monthly payment will be $802.72. Putting down 10 percent increases the loan maount, which means that your required salary also increases (by $4,594).

Curious why Cleveland scored as slightly less affordable than Pittsburgh, even though Pittsburgh's home prices are higher? It's because the taxes in Cleveland are higher.

A home in Cincinnati costs around $150,300. If your mortgage rate is 4.11 percent, you'll end up with a monthly payment of $851.28. Putting down 10 percent might cute the down payment in half, but your loan amount and monthly payment will increase — so if you opt to do so, you'll actually need a salary of $41,725.

The Least Affordable Places To Buy A House

Given that San Francisco is the most expensive city in the United States to rent, it's probably to be expected that it will also be the toughest to buy a home in, too. The average price of a house in the San Fran area is $809,400. If your mortgage rate is around 3.98 percent, your monthly payment will be $3,573.55 — more than four times what it is in Pittsburgh. If you only put down 10 percent, you'll need to make a whopping $32,000 more per year — basically the salary of whole 'nother person.

Of course, even though I don't live in New York anymore, I did just move to the Washington, D.C. metro area — which is the next least affordable location in the country to buy a house on the list. Ah well. Renting is A-OK in my book.