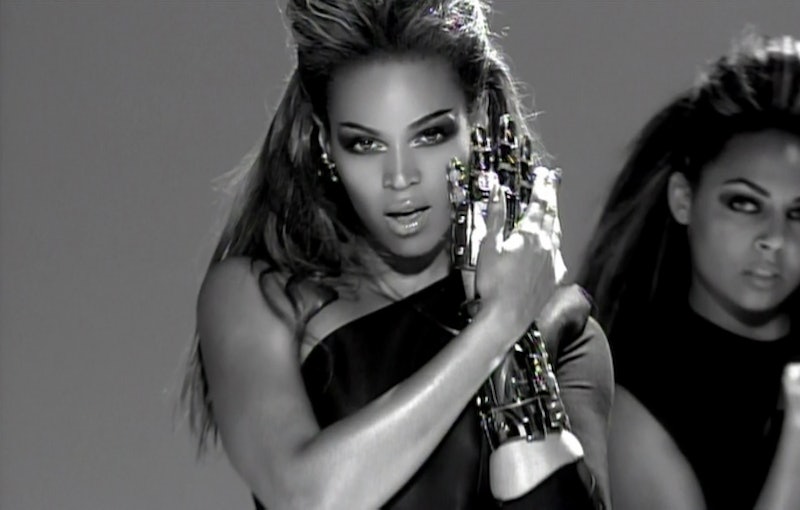 You know that worn out old image of the unmarried 20-something growing increasingly desperate for a husband as the ominous ticking of her biological clock slowly drives her insane? Yeah, that stereotype can go die now, because it turns out being unmarried doesn't make you a freak, it now makes you normal; as of this summer, more American adults are unmarried than are married. Everyone sing along with Beyoncé, now: "All the single ladies..."

According to the Bureau of Labor Statistics, unmarried people now make up 50.2 percent of the adult population in America, higher than it has ever been since they first started keeping track of these things back in 1976. Back then, only 37.4 percent of Americans age 16 or older were single. Oh what a difference 38 years can make.

Even though the percentage of unmarried people has been on the rise for decades, it probably won't keep growing too drastically. Eric Klinenburg, a sociology professor at NYU, told the New York Post, “I don’t expect the proportion of singles to go much higher, but it could go up a bit more. ... Marriage rates are going down all over the developed world as people experiment with new ways to organize their lives and their relationships.”

In other words, people are getting married later, or just not getting married at all. Nowadays it is totally possible, even respectable, to live with someone without getting married, for instance, or to decide that unplanned pregnancy is not a good enough reason to get hitched. Then there's the fact that teen pregnancy is way down, resulting in fewer shotgun weddings anyway. There's also way less stigma against divorce in the 21st century, which helps explain the elevated number of older Americans who are unwed. Plus there's that whole thing where LGBT people are now more likely to be out of the closet than hiding out in a heterosexual marriage, yet still can't get married as part of a same-sex couple in most states.

Which reminds me: someone do me a favor and, once Fox News has their inevitable freak out over this news, go point out that the number of singles would probably go back down if gay marriage was legalized in all 50 states.

The moral of the story though, is that American society is changing. Marriage is still an important social institution, as evidenced by the fact that millions of adults are married, but it's no longer the default option in the choose-your-own-adventure novel called life. And when you think about it, that makes a lot of sense. After all, when on earth did we get the idea that there was a single life path that should work for everyone? For some people marriage is wonderful — to further channel Beyoncé (or rather her sampling of Cimamanda Ngozi Adichie) "Marriage can be a system of joy and love and mutual support." It's just not automatically right for everyone.

And unsurprisingly, it seems life and society in the 21st century are not going to be the same as they were in the 20th. Go figure.