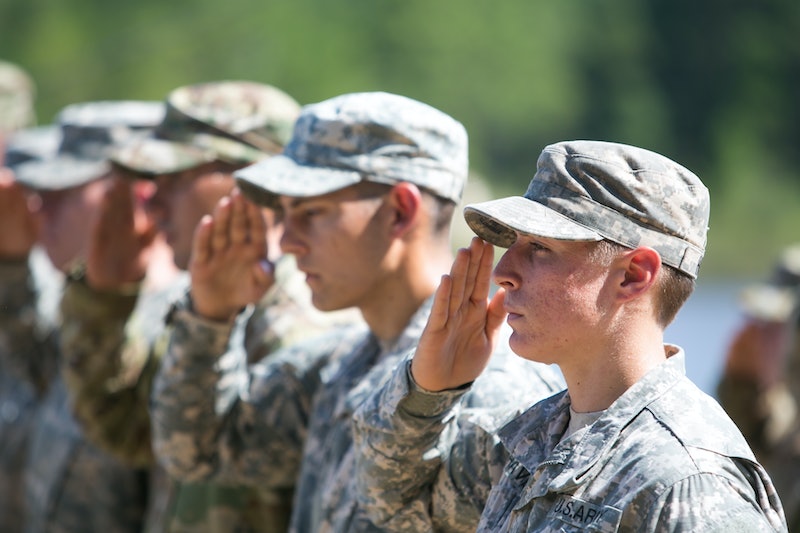 For the first time in history, all U.S. combat positions will now be open to women, the Associated Press reports. Defense Secretary Ashton Carter addressed the Pentagon today to announce the landmark decision. According to the AP, a senior defense official anonymously revealed that the armed services must submit plans for the inclusion of women by Jan. 1 and implement them by April 1.

The decision to remove all limits on women's involvement in the military was not unanimous, Thomas Gibbons-Neff of The Washington Post reported in October. After conducting an experiment on integrated task forces, Gen. Joseph Dunford, former Marine Commandant, asked to be exempt from a 2013 mandate that unsuccessfully attempted full integration of men and women in the military. Carter's decision defies that request.

The change represents a monumental step forward for gender equality in the military. Women were first allowed to join the military in 1917 during World War I, but most assumed noncombat roles. Real changes didn't occur until the Persian Gulf War in 1991, when women were deployed to combat zones and allowed to fly in combat missions. Since January 2013, the services have opened 91,000 positions to women, according to a Military.com article written by Wyatt Olson. After April 1, 2016, women will no longer be barred from almost 250,000 additional positions in the Army, Air Force, Navy, and Marines.