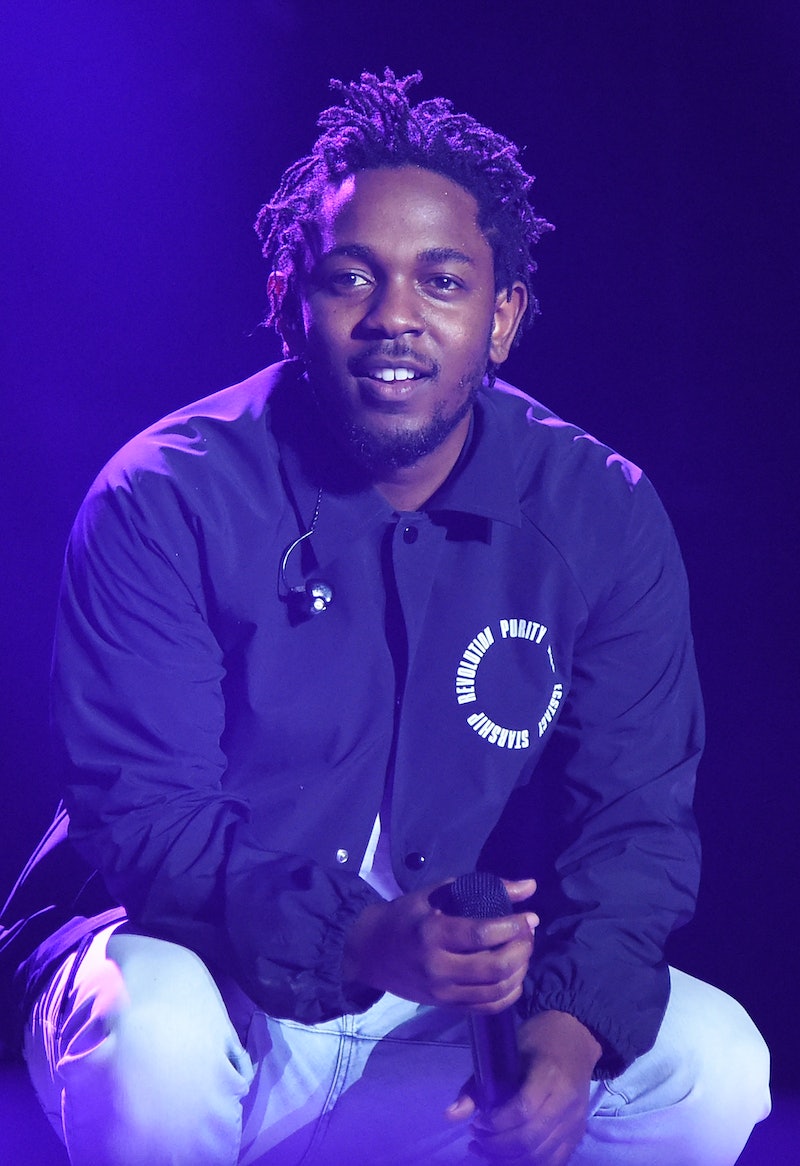 Kendrick Lamar burst out of Compton with 2012's good kid, m.A.A.d city, his major-label debut. His two prior records had garnered interest from his peers and the music establishment, but it took tracks like "Backseat Freestyle" and "Swimming Pools (Drank)" to earn mainstream cred. Still, his three prior albums couldn't possibly prepare us for To Pimp A Butterfly, a hybrid of jazz, R&B, rap, and protest song in one 16-track record. It's an overwhelming record, impossible to take in in its entirety after the first or second or even third listen. Since March, we've had time to process its myriad influences and messages, so here it is, To Pimp A Butterfly , ranked in order of genius.

It's a mark of a great album that changes with each subsequent listen. And by all metrics, To Pimp A Butterfly really is a great album. It was deemed Album of the Year by Rolling Stone; Vice's Noisey called Lamar Artist of the Year. Regardless of how things shape up at the Grammys shape up come February, Lamar has already won. However, as noted on Complex, To Pimp A Butterfly is a tough album to describe as "enjoyable." It's tough and complicated (when he raps "Loving you is complicated" on "u," it feels almost as though he's speaking for his audience), combining disparate influences and themes in order to reveal their common root. Jazz and rap aren't really that far apart. So let's start from the bottom and look at the best tracks off To Pimp A Butterfly.

To the album's credit, it's tough to name any song on To Pimp A Butterfly in last place. The 12-minute opus "Mortal Man" earns the spot because, to my mind, if we're going to listen to 12 minutes of Kendrick Lamar, the song should be "Sing About Me, I'm Dying Of Thirst."

A few Lamar lines float over a jazz track anchored by pianist Robert Glasper in the second track off To Pimp A Butterfly.

A jazzy chorus and heavy breathing introduce the later counterpart to the "For Free?" interlude. Lamar seems to rap through clenched teeth, dancing around ideas of social and artistic value. And the Lucy he refers to throughout the track? According to Genius, he's on a nickname basis with Lucifer.

"The new James Bond gon' be black as me," Rapsody raps on "Complexion (A Zulu Love)." Her verse is perhaps the most exciting part of this song, especially in a moment where female rappers are fighting for recognition. A few high-profile artists like Azealia Banks and Nicki Minaj have made great strides, but it's still an overwhelmingly masculine genre.

In a track-by-track rundown published earlier this year, Rolling Stone noted the resemblance between "How Much A Dollar Cost" and Radiohead's Amnesiac track "Pyramid Song." It adds an intriguing layer of conversation with other genres to the James Fauntleroy-Ronald Isley collaboration.

"Thank God for rap," Lamar concludes an incredible flow on "Momma." He hits his stride midway through this track, and lyrics aside, on a purely musical level, it's west-coast inspired rap at its finest.

"These Walls" features the same collaborators as "Institutionalized," the track right before it, a wickedly catchy hook, and a shoutout to Frank Ocean's "Swim Good."

Speaking of Frank Ocean, "You Ain't Gotta Lie (Momma Said)" is remarkably similar to the Channel Orange musician. All I need is a Kendrick Lamar-Frank Ocean collaboration album.

"Streets don't fail me now, they tell me it's a new gang in town," Lamar sings, "From Compton to Congress." "Hood Politics" related artistic power to political power, looking at how power dynamics shift — or don't — from small town to federal level.

"Wesley's Theory" opens To Pimp A Butterfly and sets the tone for the rest of the album. It's buoyant and energetic, showing off all the musical and lyrical influences that will make up the 15 tracks to follow.

"u" is the dark twin to "i," the lead single and already a Grammy-winner (it came out in September 2014, far ahead of To Pimp A Butterfly). It's filled with rage, both self-loathing and directed towards the world around the narrator. "Loving you is complicated," he repeats over and over. "u" reveals the negative undercurrents of "complicated."

This might not be the most obvious top-five choice, but I adore "Institutionalized." It's the best of two great rappers, both Lamar and sometimes-collaborator Snoop Dogg.

"King Kunta" was the third single off To Pimp A Butterfly, and it might stand a decent shot at the Grammys next year. The title comes from the main character of the novel Roots, which was the basis for the television series of the same name.

The most recent release off To Pimp A Butterfly is a Grammy front runner; it has racked up nearly 40 million listens on Spotify (though still well behind "King Kunta" at nearly 80 million).

I can't rightly give the top spot on this list to "i" because it has already won big — after it debuted last September, it won the Grammy for Best Rap Performance and Best Rap Song. With good reason: It's a downright virtuoso performance of self-love.

The second single off To Pimp A Butterfly, "The Blacker The Berry" might not be the most Grammy-friendly track, but it's a single that really represents the album. Like the best of Lamar's songs, it's introspective ("I'm the biggest hypocrite of 2015") and features a great hook performed by Assassin (the Jamaican dancehall star who also sings on Kanye West's Yeezus track "I'm In It").

Whatever your opinion of the "best" song off To Pimp A Butterfly, it's hard to argue that it won't have a strong showing at the Grammys next year. "The Blacker The Berry," "King Kunta," and "Alright," the main singles off the album, are all in the running, and given that "i" already won big at the previous awards ceremony, they have an excellent shot. And much as I love Taylor Swift, I'll root for To Pimp A Butterfly over 1989 any day.