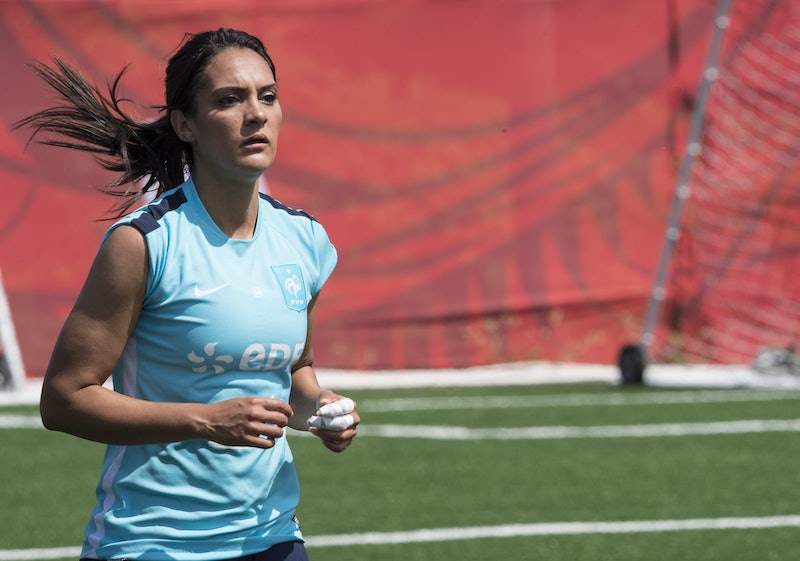 We tend to think of exercise and drinking as very separate things — one healthy, the other unhealthy. But according to science, exercise and alcohol actually go together very well indeed. In fact, it's possible the brain actually craves alcohol after exercise. So if you've been looking for a good excuse to get tipsy after a run, I think you just found it.

Evidence that alcohol and exercise may be linked goes back a long way, but two recent studies provide even more compelling evidence that getting fit and getting your drink on go together. In one study using rats, researchers found that animal brains respond similarly to both exercise and alcohol, and that this seems to make rats more likely to enjoy both exercise and drinking alcohol in quick succession — the responses are similar but not identical, meaning that if you experience both, the reward signals are higher.

Of course humans aren't rats, but in another study at Pennsylvania State involving 150 adults ages 18 to 75 as part of a long-term health study, researchers found that people tend to drink more on days they exercise than on days they do not, and that this is true regardless of age, gender, or season of the year. Fortunately, exercise doesn't seem to make people more likely to drink to excess or to develop an alcohol problem. But it remains true that people do tend to like to grab a drink after their trip to the gym.

So is all this just brain chemistry? Maybe, and maybe not. J Leigh Leasure, an associate professor at the University of Houston, told The New York Times that it's possible that the endorphin high people can get from exercise can cause them to want to seek out a drink, hoping to intensify that feeling. So rather than our brains wanting a drink, as suggested by the study on rats, it could just be that we subconsciously just want to keep feeling good.

Either way, it's good that this correlation doesn't seem to be linked to drinking problems, but researchers say it's still good to keep in mind that these two activities are linked. Even though for most people the impulse to drink after exercise doesn't seem to push people to drink to excess, it never hurts to be aware of the things that might be influencing your behavior that you might otherwise not pay attention to.