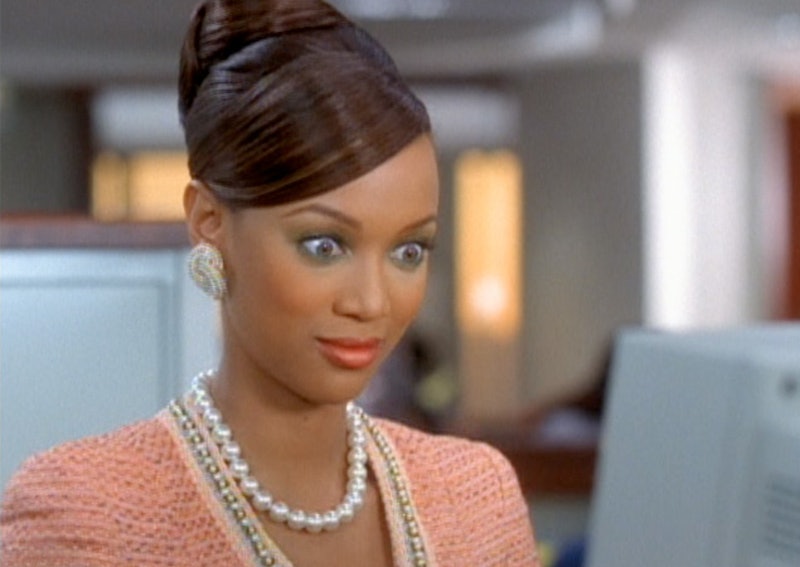 Hold on to your dolls, everyone, because the movie sequel you'd almost given up hope on ever seeing is still in the works. No, I'm not talking about Legally Blonde 3, although Reese Witherspoon does keep teasing us with that. I'm talking about a sequel to Life-Size , the Disney Channel movie starring Tyra Banks and Lindsay Lohan, in which Lohan's Casey tries to use magic to bring her mother back to life and ends up making her doll, Banks' Eve, come to life instead. And be, you know, life-size. (Get it?) Banks announced a Life-Size sequel was in the works months ago, but we've heard little to nothing about this amazing project ever since. Now, Banks confirmed she'll return for a Life-Size sequel, which surely must mean they're about to start the rest of the casting soon? Right? Please?

The film is still in consideration, not even in development just yet, and casting is just a distant dream. However, in an interview with Variety, Banks declared, "There is no one else that can play Eve but me, thank you very much! I’m just joking with you, but yes, I am going to be Eve." The supermodel and actress will be executive producing the project if it ever gets off the ground, but her co-star, Lohan, still has no current involvement. In fact, according to Banks, "We have not talked about casting at all so I have no idea who is going to be the young person that will be the owner of Eve. We haven’t gotten to that."

So does that mean that, in all likelihood, Banks will be starring alongside another little girl who needs her to be their maternal figure after their real mother has passed away? Is the plot of Life-Size 2 kicked off by Casey giving an Eve doll to another girl who needs it, along with the spell to bring her to life once more? Is Life-Size going to be a franchise of films all about Eve Mary Poppins-ing her way through children's lives? Because, to be honest, I would be OK with that, as much as I enjoyed Eve and Casey's relationship from the first film.

The truly important thing here is that the sequel is still happening. Hopefully, the more that Banks talks about it, the more it stays at the forefront of people's minds, and the more likely it is that the Disney Channel will realize that children and children at heart need this sequel in their lives. Banks will have plenty of time in her schedule now that America's Next Top Model is about to end, an occurrence that no one ever really thought possible. It would be a big mistake not to take advantage of the giant gaps in her schedule to make sure that the next generation of Disney Channel-raised children have the promise of their very own Eve to help them with their personal problems in a whole new, magical adventure in our digital age.

And, even better, the next generation of Disney Channel-raised children will get to learn that just because you're an adult — or a parent — doesn't mean that you have everything all figured out, that you don't have problems, and that you don't need the help of a life-size living doll every now and then. Life-Size is basically the perfect family movie, and teaches people such important life lessons (pun intended) that, if not for the outdated technology in the 2000 film, would be still enjoyable for modern-day children who have forgotten that a computer used to look like this.

Now, if you'll excuse me, I need to go and memorize the lyrics to "Be A Star" all over again. It's never too soon to prepare to watch the sequel.