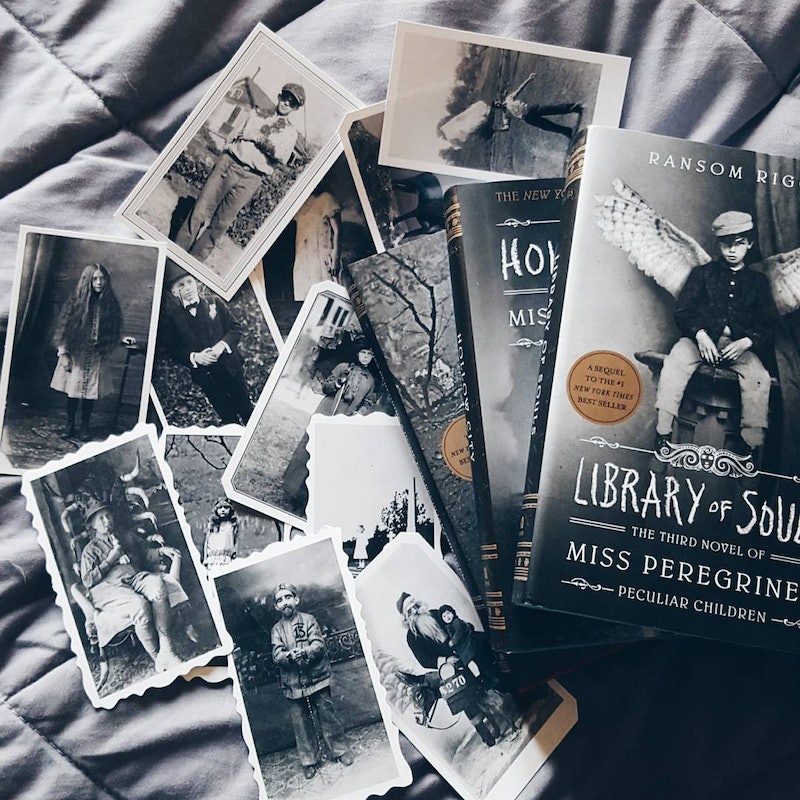 You can already tell next year will be a good one for Ransom Riggs. The author has signed a two-book deal that includes both a new Miss Peregrine book, Tales of the Peculiar — coming out in 2016 — and an as-yet-untitled, YA novel unconnected to the series. Yes, that means there's some brand new Riggs stories on the way. Of course, that's not to mention the tiny matter of the Miss Peregrine's Home for Peculiar Children film adaptation from the one and only Tim Burton, due out during next year's holiday season.

Can I be Ransom Riggs when I grow up?

Tales of the Peculiar joins the Miss Peregrine family as an illustrated collection of fairy tales from the same universe, which sounds out-of-control amazing.

The first Miss Peregrine title was Riggs' debut novel and a runaway success. It spent more than 100 weeks on the New York Times Best Seller list and, along with its two sequels, has been translated into 40 languages, according to The Hollywood Reporter.

Tales of the Peculiar is slated for a Fall 2016 release so time to get excited now.

More like this
'Mayfair Witches' Already Changed 2 Major Characters From The Books
By Grace Wehniainen
Your Guide To Watching 'Everything Everywhere All At Once' In The UK
By El Hunt and Sophie McEvoy
Beauty Experts Say You Can Save A Sh*t Load Of Money With Any Of These Genius Tricks
By Bimini Wright
These Sexy Things Look Great On Everyone & Are Under $30 On Amazon
By Caroline Reinstadtler
Get Even More From Bustle — Sign Up For The Newsletter
From hair trends to relationship advice, our daily newsletter has everything you need to sound like a person who’s on TikTok, even if you aren’t.