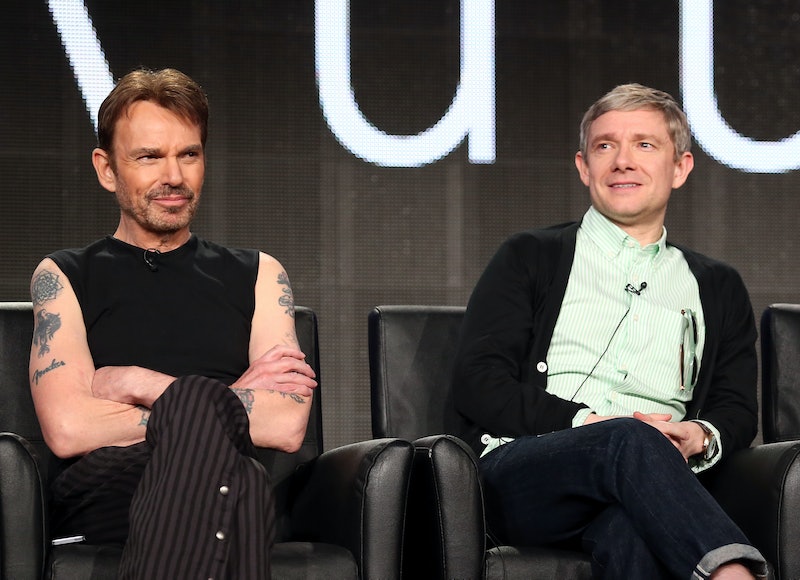 Here's something most of of never thought we'd say: Billy Bob Thornton gets it. The traditionally movie-centric actor has made the leap back into television after almost 20 years away, and he's more than happy to have done so. Because television has — to steal one of your tropes, movies — taken the nerdy glasses off to reveal she's a total stunner with personality to boot. During a Television Critics Association panel for his latest work, the FX adaptation of the Coen Brothers' classic, Fargo , the actor proclaimed that the best work happening in Hollywood is not on the big screen, but rather the small one. He even went so far as to suggest that TV was more sophisticated than movies. To which we say: Good luck getting your movie stars back, Hollywood, because TV is totally the new cinema.

"The entertainment business can pretend all they want, but the movie world has changed drastically — particularly in the last five or six years," said Thornton. "If you want to be an actor, get on a really good series in television because there's where it's at." He even went a step farther, lambasting the arena for being nothing more than action movies, broad comedies and "movies where apparently vampires are all models."

Thornton would know, of course, having starred in his fair share of the first two. Largely known as a film actor, he started out his career in television, having starred in the 1992 series Hearts Afire and a featured part in several episodes of 1990's The Outsiders. He also had cred: he won the Oscar in 1996 for his screenplay for Sling Blade. The actor cited fellow big names like Kevin Costner, Dennis Quaid and Kevin Bacon — who've all turned to television in recent years — as proof of that.

Just looking at the past year alone, huge names have come to television without an insecure wince or condescension. Look at Angela Bassett and Kathy Bates on American Horror Story. Woody Harrelson and Matthew McConaughey on True Detective. To say nothing of recent history's other transitioners like Zooey Deschanel on New Girl, Laura Linney on The Big C, William H. Macy (of original Fargo fame) on Shameless, Don Cheadle on House of Lies, Glenn Close on Damages, and even Sigourney Weaver on the short-lived Political Animals. Heck, look at Thornton's own Fargo, even — it costars Bilbo Baggins for chrissakes. All that's left is for a Tom Hanks, Julia Roberts, or Meryl Streep to sign on for an event series. And while that thought would've caused eyerolls and guffaws aplenty a few years ago, it's not as unrealistic in 2014. People are so curious about television now that there is even a show about how the writers that create it.

It's a 180-degree turn from even just a few years ago, when television was considered the redheaded pedestrian step-sister to movie's golden child. Movie stars would deign to be on TV for a good paycheck, but most would largely shun it, afraid of what it might cost them in their film career. And those that wanted to transition from small screen to big? It wasn't nearly as realistic a jump as it is today.

Prestige has largely left the mainstream cinematic game. For every Martin Scorsese or Steven Spielberg epic that comes out, there are a bunch of Michael Bay films waiting to explode. Television was forced to take risks to compete — largely because you wouldn't, movies — and now look who's the most popular kid in class! The one that made good storytelling a priority (where did all the mid-level movie writers go after blockbusters became de rigueur? TV!) rather than pre-existing entities with built-in audiences.

In recent years, television has become all about dynamicism, whereas Hollywood has folded in on itself. While television continues to expand, film contracts — barely eeking out (or at least spending money on) anything more than than sequels, reboots, and comic book movies. But things have changed and it's the small screen's turn to be on top.