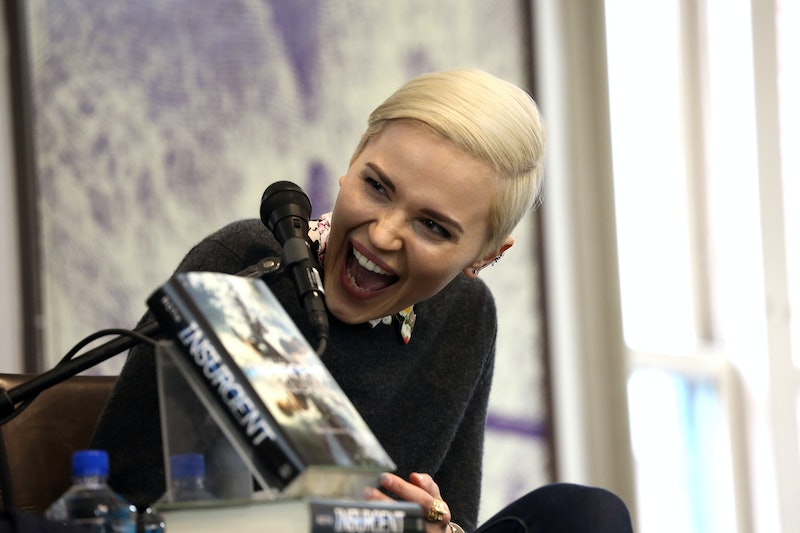 Divergent fans are caught in a weird limbo right now. The series prequel Four: A Divergent Collection came out in 2014, and the Allegiant movie isn't due in theaters for another few months, so we have been stuck re-watching, re-reading, and determining which factions we're in until then. But now, Initiates have some celebrating to do: The new Veronica Roth book has some major new plot details, courtesy of our favorite author herself in a Tumblr post on Friday.

We Roth fans learned about her new series all the way back in March, when HarperCollins announced the author would pen a "duology in the vein of Star Wars ." With all the hype surrounding J.J. Abrams' Star Wars: Episode VII, which hits theaters on December 17th, Roth's statement could not come at a better time for science fiction nerds like us.

But now, we have this whole new bit of information about the plot of Roth's new book:

So. My new book is a sci-fi fantasy story set in a time of extreme political unrest (hence the “Star Wars” comparisons you might have heard!). In it a boy named Akos, along with his brother, is kidnapped and brought to an enemy nation. When the dictator of that place threatens his brother’s life, Akos has no choice but to work with a girl named Cyra (the dictator’s sister), to save him. But Cyra’s trust—and her kindness!—are difficult to earn…to put it mildly. And the intense friendship Akos and Cyra form puts them in more danger than they could ever have imagined.

Both the duology and the individual books are still untitled. She also noted that she's on track for the 2017 publication date that HarperCollins announced earlier in the year. It's still a long way off, we fellow Roth Initiates are loyal enough to wait.

More like this
10 Must-Read New Books Out This Week
By K.W. Colyard
10 Must-Read Books Out This Week
By K.W. Colyard
Viserys’ Fate On 'House Of The Dragon' Could Differ From The Book In This Surprising Way
By Grace Wehniainen
Read The First Pages Of Emma Rosenblum’s Highly Anticipated Debut, 'Bad Summer People'
By Samantha Leach
Get Even More From Bustle — Sign Up For The Newsletter