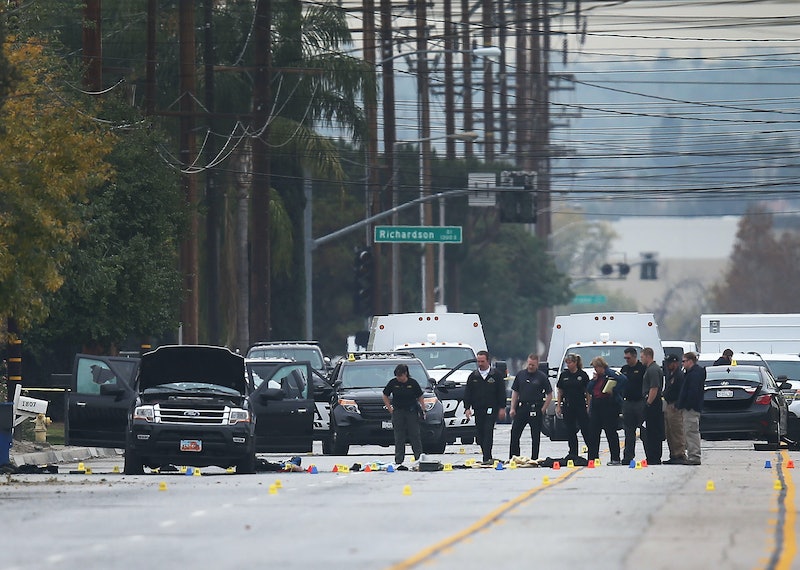 On Wednesday, two armed assailants stormed the Inland Regional Center in San Bernardino, California. They fatally shot 14 people, injured 21 more, and then led authorities on a search and eventual shootout hours later. Since then, the duo has been identified by authorities as a married couple, Syed Farook and Tashfeen Malik, and the FBI has announced that the shooting will be investigated as an act of terrorism. And in countless reports regarding the attack and it's implications, there's a particular term that's flying around: so what is self-radicalization?

Radicalization, of course, is pretty well understood. For one reason or another, whether rooted in politics, faith interpretations, or simple circumstance, people can grow increasingly strident and extreme, potentially to the point of lethal violence. When the word radicalism is publicly thrown around nowadays, it's most commonly in regards to extremist Islamic groups like ISIS or al Qaeda, but it's in no sense a phenomenon that's exclusive within Islam — countless other faiths throughout history have contended with violent extremists in their midst, and deeply held politics can lead to incidents of terrorism too, with or without religion.

While there's not an apparent iron-clad, dictionary-approved, universally agreed-upon definition for "self-radicalization," what some authorities have indicated they believe about the case makes it pretty clear what they're getting at.

Namely: there's no evidence yet that the suspects received any amount of preparation, instruction, or operational support from ISIS, despite reports that Malik published a Facebook post pledging her allegiance to the group during the San Bernardino attack. As such, as CNN detailed, a law enforcement authority described the shooting as "looking more and more like self-radicalization." In other words, there's a lack of evidence of any pre-existing coordination or recruitment taking place between the couple and ISIS, for the time being at least.

It's a term that's generated a little controversy over the last couple of days, especially on social media. From a progressive perspective, the potential complaints are obvious enough — you might be disturbed by the possibility that the term stigmatizes everyday Muslim Americans as potential terrorists in the minds of the broader public. And from the conservative perspective, it's been attacked for the perception that it downplays the influence of violent Islamist rhetoric, like that of ISIS.

Obviously, there's no telling just yet what the federal investigation of the San Bernardino shooting will uncover, especially now that it's officially being investigated as an act of terrorism. It's entirely possible that hitherto unknown ties between the suspects and extremist groups, whether ISIS or otherwise, could be revealed in the days and weeks to come — according to the New York Daily News, federal officials are investigating whether Malik herself may have influenced Farook.