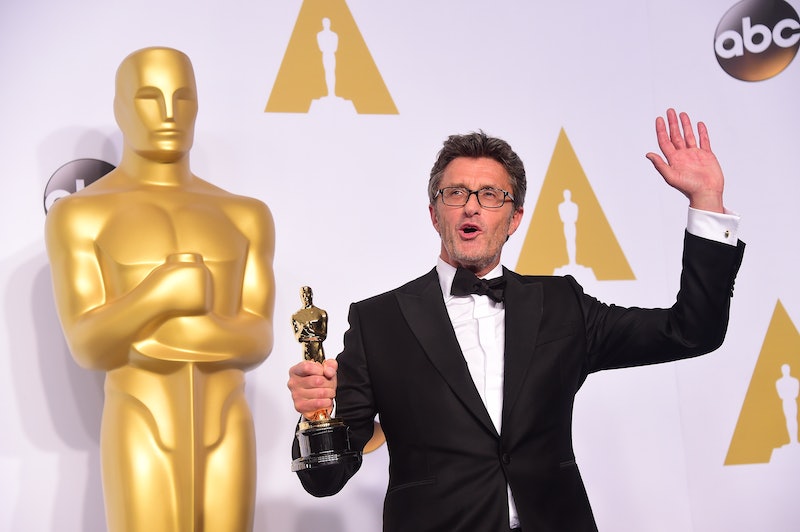 There is nothing in the world like awards season. When December roles around and all of the good movies start dropping like it’s hot and all of the television shows hit their mid-season stride, I start dreaming of floor-length gowns and cheesy opening monologues. It’s all I can do to get through the holidays—blech—to the other side where there is formal wear and tear-worthy acceptance speeches. But there is definitely a sort of ranking to the ceremonies, if you ask me, starting with the Grammys, working its way through the Golden Globes, and leading up to the Academy Awards. It’s not just about the timeline either. In my opinion, the Oscars have a lot more going for them than the Golden Globes.

I’m sure not everyone will agree, but I’m still going to do my best to convince you, because there are some stark differences between the two award shows that totally highlight my point. Because as much as I may love an award show that brings out pretty much all of Hollywood, there is something sacred and revered about the Academy Awards that makes them untouchable in my mind.

Just look at this list of reasons why the Oscars are better than the Golden Globes and see for yourself.

The Golden Globes Hasn't Been Around As Long

The Golden Globes Has Way Too Many Categories

There Are Too Many Awards To Sit Through

Sorry. I’m impatient. Ain’t nobody got time to recognize everyone in film and television. I have after parties to attend. And by “after parties” I mean “chugging what little remains of my champagne.”

The Golden Globes Are Trying To Be Two Things At Once

They’re like the center of a Venn diagram, with one side being the Oscars and the other side the Emmys. Pick a side, Golden Globes: Movies or television. Otherwise you just look greedy.

It Involves A Full Sit-Down Dinner

Which, in Hollywood, means so much food is being wasted. You know no one is eating a dressed salad in Balenciaga.

The Golden Globes Don’t Recognize The Craftspeople Behind The Scenes

The Oscars have countless categories for the people whose hard work goes into making the movies that we love. But the Golden Globes? They don’t even feign to honor them. They ignore critical people in the movie business like cinematographers, makeup artists, and costume designers. How rude!

There Are No Musical Numbers

Unless someone is dancing around the stage with a microphone discreetly clipped to their forehead, I’m not going to be happy. Whether it’s in the opening act—which the Oscars is known for—or throughout the show as they honor the nominees for Best Song, this is a point where the Golden Globes continues to pale in comparison.

See what I mean? There just isn’t as much esteem, consideration, and attention at the Golden Globes. The Oscars, my friends. Now that is where it’s at.

But don’t get it twisted: I’ll be watching both and rooting for Jennifer Lawrence to make her bi-annual trip up the stage either way.

More like this
Someone Must Pay For What Happens To Bad Bunny In 'Bullet Train'
By Arya Roshanian
Christina Perri Reacts To Her 'Twilight' Song Being One Of YouTube's Most-Viewed Ever
By Radhika Menon
At 14, Rachel Sennott Had A Sexual Awakening While Reading 'Twilight'
By Samantha Leach
What’s New On Netflix: 'Never Have I Ever' & 'Indian Matchmaking' Return
By Arya Roshanian
Get Even More From Bustle — Sign Up For The Newsletter