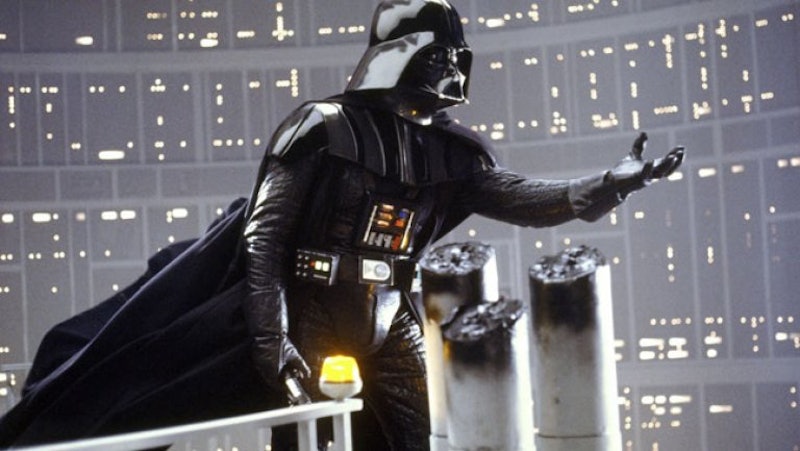 Star Wars: The Force Awakens will be in theaters soon (but not soon enough, it feels like). With the mystery surrounding the upcoming Star Wars film, a great deal of fan theories have also sprung up, using information from the trailer, teasers, and more to try and guess what’s in store for the next part of the franchise. And while fan theories for The Force Awakens have been out of this world, the Star Wars franchise is no stranger to amazing fan theories.

With its extensive world-building and own set of mythology to support its numerous storylines, the Star Wars series positions itself to be the perfect breeding ground to let imaginations go wild. And with a universe as encompassing as Star Wars’, there’s naturally bound to be plot holes or plot lines that allow fans the opportunities to address with (sometimes eerily logical) assumptions backed by canon facts. Some of the best Star Wars theories by far have been the ones concerning characters where you think you know who they are, but a brilliant fan creates an entire backstory that shatters every perception you’ve ever had of that character. There's a handful of those and more in these seven mind-blowing fan theories.

1. Han Solo's Got The Force Within Him And He Doesn't Even Know It

Because Han Solo's survived too much throughout the past movies, despite not being a non-Force user, and it really all can't be because the guy is that lucky or talented. Plus, it's been proven that he can tango with a lightsaber, which should more or less be impossible for a non-Force user. It's way too suspicious to not make you wonder.

Essentially, this theory came about from plot holes, such as R2-DR and C-3PO basically viewing Anakin Skywalker's transformation into Darth Vader, as well as Yoda and Chewbacca knowing one another from way back when without any further mention or feasible explanation to back it up.

3. Jar Jar Binks Is A Badass Masquerading As A Joke

Here I will seek to establish that Jar Jar Binks, far from being simply the bumbling idiot he portrays himself as, is in fact a highly skilled force user in terms of martial ability and mind control. Furthermore, I assert that he was not, as many people assume, just an unwitting political tool manipulated by Palpatine-- rather, he and Palpatine were likely in collaboration from the very beginning, and it's entirely possible that Palpatine was a subordinate underling to Binks throughout both trilogies.

Read the mind-blowing thread here. The argument presented is way too good to not become a believer.

4. Obi-Wan Kenobi Is A Clone

As Ryan Parsons for CanMag wrote,

Didn't anybody find Obi-Wan's name a little fishy? And why would he change his name to Ben, as in what made him think of that particular name? When you look at Obi-Wan, it can also be written as OB1, a serial number as in O-B-1; a serial number for a clone no doubt.

Star Wars: The Clone Wars could have been a completely different sort of movie, according to this theory. It's another convincing argument that really makes you think.

5. The Force Has A Very Dangerous Side

Reddit user Artifex0 proposes a theory that The Force actually has the capability to drive anyone sensitive to it insane, thus bringing new light as to why the Jedi Order was formed in the first place. Artifex0 wrote,

In this interpretation of the universe, the Jedi Order wasn't really founded to be a intergalactic police force- they were founded to teach force sensitives how to remain sane. That's why so much of the training is focused on meditation and the suppression of emotion, why they live like isolated ascetics and aren't allowed to have romantic relationships, and why they need to be recruited at a young age- before the sanity-warping effects of the Dark Side set in.

The Jedi fell because they'd begun to forget their true purpose, expanding their political power at the expense of their primary duty of finding and training force sensitives before they inevitably become monsters like Palpatine.

The only issue with this theory, Artifex0 admits, is that Luke Skywalker would eventually become insane as well — which he hasn't, as far as we know.

Trained by a Sith (Count Dooku) and trainer Anakin Skywalker who becomes Darth Vader... Quin-Gon might not have been as Jedi as we thought after all, according to this very popular fan theory.

The saying goes that in a galaxy "far, far away," but upon closer inspection, there have been hints of Earthly influence way too coincidental. For example, a version of The Hitchhiker's Guide to the Galaxy by Douglas Adams, appears to exist in the Star Wars universe as well. And the fact that a person in Yoda costume was spotted in the film E.T.

Don't worry Star Wars fans! The Force Awakens opens in theaters Dec. 18 and with the movie, a fresh crop of theories are bound to arise. Keep your eyes peeled on those Reddit threads. I know I will!