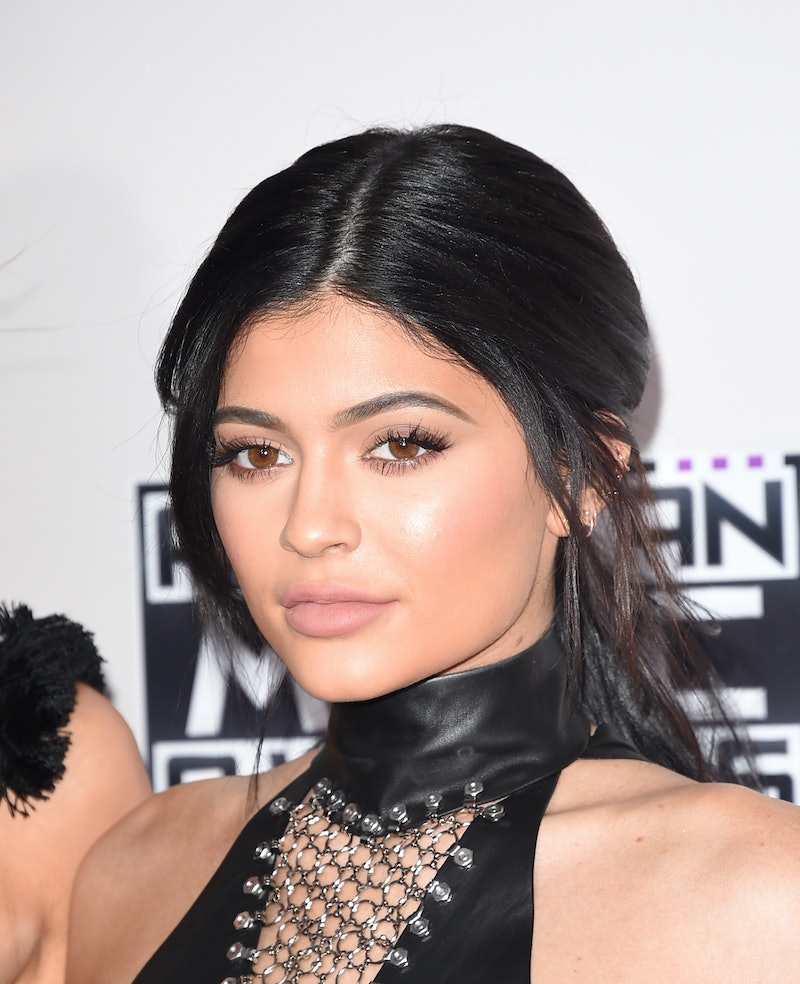 Last week, Interview released a provocative series of images featuring Kylie Jenner for its December/ January issue, the most controversial of which was a cover shot of Jenner sitting in a gold wheelchair that some have since criticized as ableist. On Thursday, 24-year-old Erin Tatum responded to the cover by making what she described as “a more authentic version of Kylie Jenner’s Interview cover” — one that features her sitting in her actual wheelchair. In posting the original cover, shot by photographer Steven Klein, and her recreation side by side, Tatum makes the point that wheelchairs aren’t fun and provocative fashion accessories, but rather essential mobility tools that real disabled people use every day.

In a Tumblr post that has received over 118 thousand notes, Tatum, who has cerebral palsy, writes,

I tried my best to create a more authentic version of Kylie Jenner’s Interview cover, given that I’m, you know, actually disabled and a real life wheelchair user. I can barely get people to make eye contact with me, let alone land a cover shoot. If being in a wheelchair is trendy now, I’ve apparently been a trendsetter since before Kylie was born.

She explained to Mic that she decided to recreate the Interview cover when she first saw it, saying, “It's ridiculous that disability or wheelchair use is portrayed as artsy and provocative when able-bodied people do it, but actual disabled people are seen as sick or sad.”

Tatum added that the appropriation of the wheelchair as a prop for a fashion shoot is especially problematic in the context of a society in which real disabled people are often made invisible. She explained, “For every model or actor who uses disability or mobility aids as a cool prop, there are thousands of strong, confident people with disabilities whose narratives are routinely drowned out.”

Tatum isn’t the only one to find fault with the Interview cover. Many have tweeted to criticize the image, among them 17-year-old Ophelia Brown, whose tweet featuring a photo of herself in her wheelchair alongside the Jenner cover has gone viral. In the tweet, she quips, “#Ableism is the ultimate fashion statement!”

In an letter to Jenner posted on MTV.com, Brown, who uses a wheelchair due to complex regional pain syndrome, explains how the Interview cover made her feel:

Seeing you sitting in a wheelchair, modeling, made me sad, angry — even jealous — that you could so easily get in and out of the chair whenever you liked. It made me think about all the times that I’ve been told “handicapped people can’t be beautiful” or that I was “too sick to love.”

She adds, “There you were, on the cover of a magazine being published to a country that absolutely adores you. Here I was, completely invisible.”

Interview responded to the criticism in an interview with E!, saying, “Our intention was to create a powerful set of pictures that get people thinking about image and creative expression, including the set with the wheelchair. But our intention was certainly not to offend anyone.”