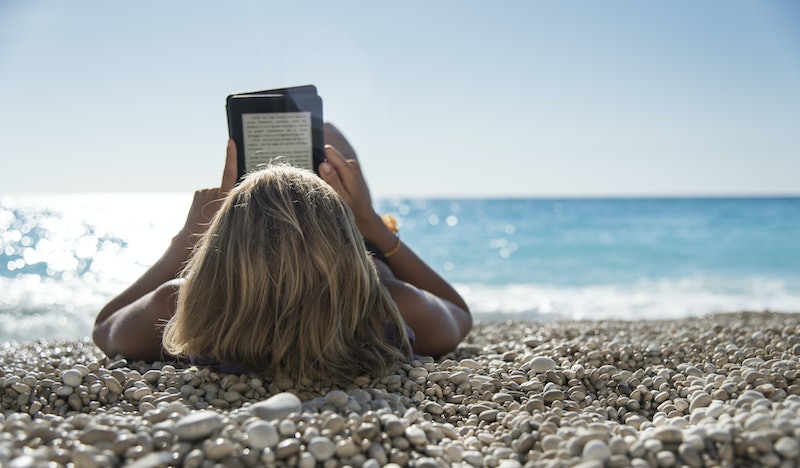 It appears this past holiday season found us feeling somewhat bookish as we tore through our end of year savings. Findings from a recent survey show that the number of Americans own digital devices dedicated to reading e-books, such as the Kindle or Nook, is now at 32 percent, up from 24 percent just last September.

E-reading, it seems, is still very much on the rise, as seen in a January 2014 study conducted by the Princeton Survey Research Associates. Researchers discovered that more people are reading books digitally, not only on gadgets dedicated exclusively to e-books, but on their tablets, cell phones and computers.

Stats like these could ring bittersweet for the romantics among us, who count our tattered original copies of Dubliners amongst our most prized possessions, and for whom the smell of musty yellowed pages makes us weak at the knees. Gladly, it appears the increased interest in e-books hasn’t stemmed the tide of good ol’ fashioned hard cover delights, though. Seven in 10 Americans reported reading a book in print copy in 2013 also which, while only 4 percent better than in 2012, is still encouraging for us nostalgic nerds.The study also revealed that:

Audiobook listeners have the most diverse reading habits overall, while fewer print readers consume books in other formats.

(When was the last time you listened to a book?)

Anyway, while it’s nice to know there’s still plenty of love out there for the corner bookstore, it seems that print enthusiasts have been less willing to dip their toes into the e-book world as of yet (perhaps 2014's the year?).

Looks like no matter what you do, though, publishing isn't doomed.

More like this
10 Must-Read New Books Out This Week
By K.W. Colyard
Josh Peck Shows Love To Jennette McCurdy After Her Shocking 'iCarly' Revelations
By Radhika Menon
Emma Mackey *Is* Emily Brontë In The First Trailer Of The Biopic
By L'Oréal Blackett and Sam Ramsden
We’ve All Had Bad Sex. Nona Willis Aronowitz Is Talking About It.
By Sophia Benoit
Get Even More From Bustle — Sign Up For The Newsletter