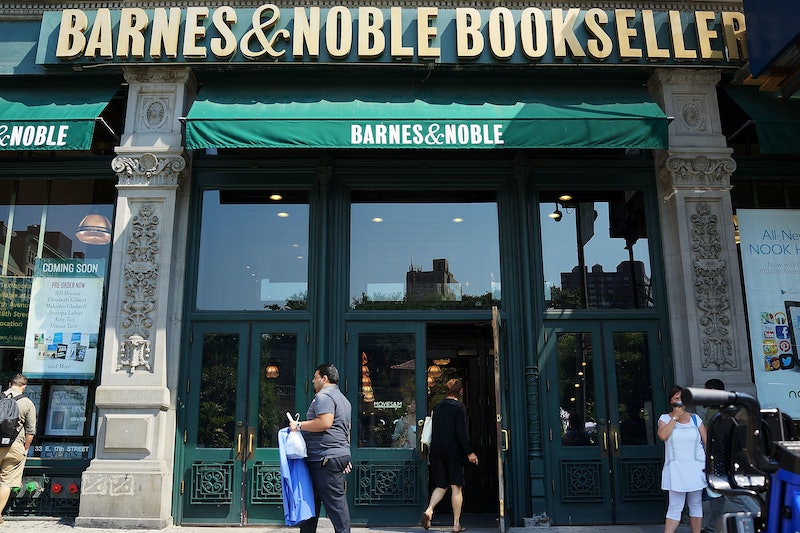 What's the future of publishing? For years, the question has been asked with a touch of underlying panic. But as we look back on 2013, the cause for concern may have ended. As David L. Ulin of the the Los Angeles Times observes, diversity rules the current publishing landscape. Print books and ebooks are both popular. And in fact, ebook sales look to be leveling off. Whereas once it seemed they would just continue to grow exponentially until they dominated the entire market, now it looks like they will have to share the market with their parent product.

So does this mean everyone in publishing can take a breath? Well, maybe, actually. After all, the other supposed game-changers for publishing such as Amazon and self-publishing have also proved lackluster. Amazon's publishing arm may have 11 imprints, but they don't seem to be producing many titles. Of course, Barnes and Noble refusing to stock any of their titles didn't help. And as for self-publishing? Well, predictably, it turns out that people trying to market their own books doesn't go well. Sure there are thousands of titles, but few authors make any money.

Plus, some of the supposed harbingers of doom have come and gone with no doom to speak of. The Random House and Penguin merger, once seen as a last ditch effort from a dying industry to cling to survival, happened as planned, and nothing fell down or exploded. All these months later, the five major publishing houses are all still standing.

Basically, it looks like the publishing industry might survive more or less intact. Things are still changing, sure, but the sense of impending doom seems to have abated. Because even though publishing will probably look very different in the future, people are still reading. And even though some may argue that paper books are a luxury object, people still like reading them. In fact, more than 70 percent of people aren't willing to give them up. So you can tell me my shelf is only still stocked with paperbacks because I like other people to see them and know just how much trashy YA romance I read, but in truth it's because I genuinely prefer hard copy for most books.

Amazon, self-publishing, and especially ebooks are dynamic forces that will continue to shape the publishing landscape, for sure. But if 2013 has taught us anything, it's that they probably aren't going to leave that landscape a charred and ruined wasteland populated mainly by unedited erotica. As ebook sales level off, indie bookstores get a renaissance, and Amazon spends more time talking about delivering books by drone than publishing them, it seems that the industry can heave a sigh of relief and celebrate the New Year knowing that 2014 won't bring the end to publishing as we know it.