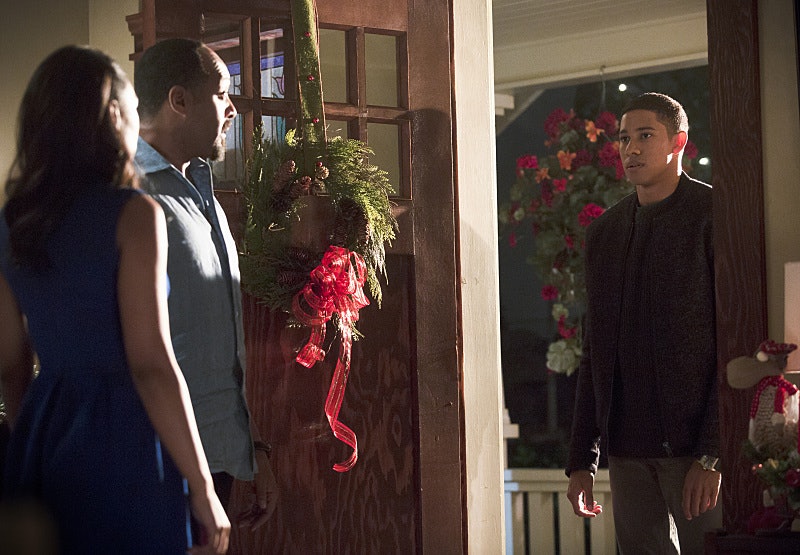 The fall finale of The Flash is sure to pack a lot of fast punches. Zoom's identity is still very much up in the air, not to mention everyone dealing with the aftermath of Vandal Savage's attack. Oh, and the fact that Harry Wells was just shot, Patty might soon find out about Barry's big secret, and the Trickster is set to return as well. Can anything else even fit in episode? It sure can. Wally West will appear on The Flash for the first time in "Running To Stand Still," and if you know anything about his storyline in The Flash DC Comics, you know he's kind of important. Why? Because Wally himself is a future Flash.

In the TV version of The Flash, Wally will be introduced as Iris' long-lost brother. The season has slowly been building to this meeting ever since the long-lost Mrs. West showed up (remember: Iris thought she was dead) and revealed she had a son after leaving Central City. Though that means aspects of his character will change, his comic book background may still provide important clues.

The easiest way to describe comic book Wally is by calling him by his nickname, Kid Flash. In the comics, Wally is actually Iris' nephew, and happens to be hanging out at the police department with Barry one day. That's when a freak accident happens, history repeats itself, and suddenly Wally finds himself a speedester too.

Since he was a teen at the time, Wally became one of the founding members of the Teen Titans, right alongside Robin (and Aqualad, but let's not talk about him). Using one of Barry's older and smaller suits, Wally suited up himself and started fighting crime just like the Flash. Eventually, Wally took on the role of the main Flash, with a new Kid Flash — Bart Allen, who is Barry and Iris' grandson — taking over, letting the two continue to fight crime together.

While Wally is a speedster just like Barry, their powers are a little bit different. He's connected to the Speed Force just like Barry, but Wally can actually sort of manipulate it, for lack of a better word, and harness its power in ways other speedsters can't. For instance, Wally can lend the Speed Force out to others, granting them momentary speed. Wally can also phase through things via the Force, but when he comes out the other side, he accidentally makes whatever he's phased through explode. Whoops.

As for his romantic life, Wally is linked to Linda Park. Yes, as in the reporter who TV-Barry went out on a few dates with last season. In the comics, Wally and Linda date and eventually get married, but that doesn't mean they'll definitely become an item on the show, where there may also be a bit of an age gap between them.

This history gives The Flash a lot of great ways to develop Wally's character, but just as it has with every other DC character, I'm sure it will give us a few surprises about Kid Flash too.