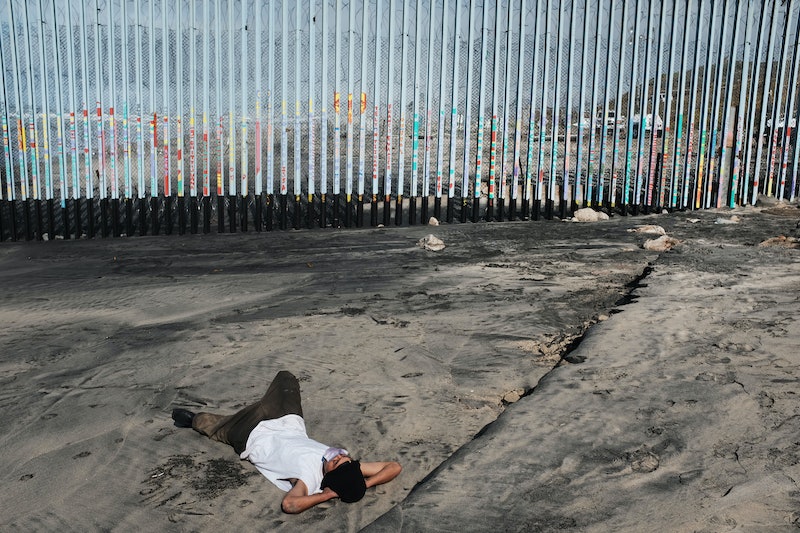 As many of us know to be oh-so-true, there are endless things a significant other can do to make us feel downright crappy, and being lazy in the relationship is one of them. While a lazy partner doesn’t always immediately translate to mean or terrible, after a while you might notice their behavior certainly does feel cruel. Now, to clarify, I’m not referring to literal laziness, like not wanting to do anything besides watch Netflix all day. I’m talking about the type of lazy partner who never meets you halfway in terms of relationship fundamentals. This includes compromising, caring about your interests and life goals, and making an effort to include you in their world, just to name a few.

All of us have things we don’t want to tolerate in a relationship, like cheating, body shaming, or any sort of physical or verbal abuse. For me, in addition to these, I simply cannot stand the idea of a selfish significant other. For anyone else who’s dated a lazy/selfish person in the past, I’m sure you can back me up on this one. As for the ladies out there who are currently dealing with a lazy partner, perhaps after reading this article you’ll feel a bit more invigorated to make some changes to your relationship status. Here are seven signs your significant other might not be putting enough effort into your relationship. You’ll likely want to steer clear of these lazy partners.

1. The World Revolves Around Him Or Her

You wouldn’t want to keep a friend around who always thinks it’s their way or the highway — so why would you ever tolerate a significant other who acts this way? It’s a blatant sign of someone who couldn’t care less about making a necessary effort in their relationship. According to F. Diane Barth L.C.S.W for Psychology Today, while a certain amount of selfishness is healthy, it’s not right to go overboard with it. After all, your partner should be open and willing to take you into consideration. This could be the person you’re going to spend the rest of your life with. Imagine having to constantly put your partner on a pedestal for the next 70 years.

2. They Forget To Include You In Certain Activities

Building off the notion that everything is all about your partner all of the time, lazy partners might likely forget to include you, for sheer fact of not having you on their mind. Forgetting to ask you to join him or her at parties and get-togethers with their friends is flat-out selfish. Either that, or as the saying goes, they’re “just not that into you.” In fact, according to Fox News Magazine, not making a move to invite you places is one of the telltale signs the person isn't very interested in you. Regardless of it's their innate selfishness or their lack of real desire for you, it surely doesn’t seem like someone you’d want to continue being with, in my opinion.

3. They Only Talk About Themselves & Their Interests

Sure, in the beginning of dating someone new, you are over-the-top interested to know what makes him or her tick. Even hearing them tell an otherwise lengthy and boring story about their childhood can seem incredibly interesting when you’re first getting to know each other. However, if after months and months, all the two of you do is talk about your partner and never speak of anything related to you, it can quickly become frustrating. What’s even worse, likely this type of lazy partner will never help you through your issues or take time to offer you needed advice. Rather, they’ll cut you off and immediately get back to talking about themselves. Want to discuss your goals and dreams for the future? There is simply no shot you’ll get them to listen to you.

4. They Refuse To Meet Your Parents

Or for that matter — anyone that is very important to you. Given they aren’t really the kind to give much effort whatsoever, the idea of putting themselves into an uncomfortable situation is likely a no-go. Meeting parents, or even best friends, for the first time can be awkward and stressful. For a lazy partner, they’d rather not go through the hassle. As advice expert Wendy of DearWendy.com once said, this unwillingness to meet a SO's parents is "childish behavior."

5. They Refuse To Compromise On Anything

According to Psychology Today, part of being in a functional relationship is compromising. I mean, we’ve probably heard that notion about a million times so far in our lives. When you realize that your partner isn’t willing to compromise on anything whatsoever, not only is it incredibly difficult to manage, the time you’re willing to handle it might be very short-lived.

6. They Never Go Out Of Their Way

The idea of them doing something super special for you for the holidays? No way. Bringing you flowers randomly? Fat chance! Anything that involves putting in even the slightest bit of effort is out of the question. When we really think about what it means to be lazy, it’s not liking to work hard or be active. Even the tiniest bit of extra effort may be deemed just too difficult.

I’ve gotten the, “I’m sorry babe, I didn’t get you a gift for Christmas because I didn’t really know what you’d like.” My first thought: Learn what kinds of things I like. It’s what being in a relationship is all about. Your partner should want to get to know things about you, and should (at least every once in awhile) go out of their way a bit to make you happy. You’d do it for them, right?

7. Overall, They Don’t Make Time For You

Yes, friends are very important, and I won’t deny that one bit. At a certain age, though, you and your partner should both be making time for each other in order to allow the relationship to flourish, according to Psychology Today. This should be true even if it means having to cut back here and there on friend time. A worthy significant other will do this without being pressured. A lazy one — as we can tell from everything discussed here — is a whole different breed.

Sometimes a partner who is lazy about your relationship might clock in worse than one who is physically lazy (shout out to the couch potato SOs). Make sure you know and acknowledge the signs of a lazy partner, and if you don’t think it’s a quality you can tolerate, you might want to put the gears in motion to either better the situation or end it altogether.