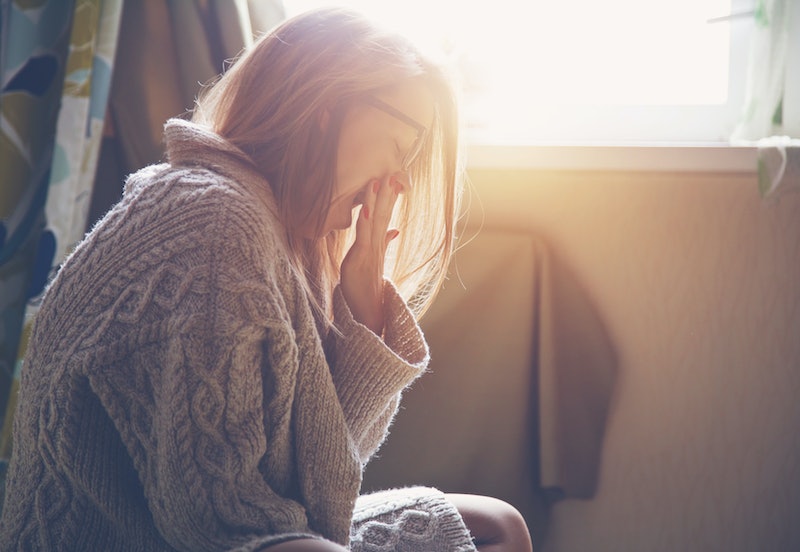 You know what can kill a relationship? Autopilot. If you're not putting enough effort into a relationship, though, that's exactly where things tend to go. No matter how much is going on in life, a successful relationship requires a sense of freshness, excitement, and being present — even if it's just a long talk about life, or a trip to the movies here and there, or a weekend trip, or just a plain old late-night sandwich shared after a long day.

I kind of hate the sentiment that relationships require work, partly because a) so does everything worth anything in life, but also because b) the work necessary for a healthy relationship isn't really work, per se, in the strictest sense of the word. It's showing up every day and being willing to weather the ups and downs of life with another human being. If this seems like too much exertion, you're probably being slothful in your relationship, which might be a sign that you're over your partner or at very least that it's time to check yourself and change things up a bit. The good news? These things happen to the best of us and are definitely fixable. It just takes some patience, gratitude, and communication.

Here are six signs that it's time to put more effort into your relationship without further delay:

If it seems as though the right thing to do about a problem you have with your partner or an issue you think they need to address is just get on their case about it, you're phoning it in. You're not taking the time to sit down and address a legitimate concern, if need be — and if you're just picking at your partner for the sake of complaining.

2. You're Trying To Control Every Situation

It might seem like you're putting lots of effort into your relationship if you're running around telling your partner exactly what you want them to do and trying to control every situation, but, in fact, that's not true. Putting effort into a relationship looks like communicating, being kind, being honest, and all that jazz. You might feel as though you're really efforting it up by pummeling your partner with requests, but that is actually just evading the real work of a relationship by being a steamroller. Abort mission.

3. You Never Get Your Partner Gifts

Or send them nice texts out of the blue. Or think of them when you're at the store and you see their favorite snack. It doesn't have to be a monetary gift, either — but if you never find yourself offering to make your beau a cup of tea or a sandwich or asking whether they might like a foot massage, it's time to step it up.

4. You'd Rather Not Have State Of The Union Discussions

Or conversations in general about your relationship, with your partner or with friends. In other words, if you're not down to talk about what's going on with your partner or with a pal, especially if there is a clear and present issue at the surface, it's time to step things up. A recent study in the Journal of Family Psychology found that partners who are apt to take a positive approach to an argument are adept at improving their relationships. That is, in part, because they're open to talking about what's going on in a fight and searching for a solution.

5. You're Having Less Sex

Dry spells happen to everyone, but if you're just crawling into bed for a TV-show binge every night with your partner, you're not taking the time to be present in your relationship. Sex is important. Don't let it fall by the wayside just because you're tired/overwhelmed/busy/stressed out/fill in the blank here.

6. You Know Something Is Wrong, But You're Not Doing Anything About It

Proactivity is where it's at in relationships. If your gut is telling you that there's something wrong, try to identify what that something is. Once you've tapped your intuition, speak up. Even if you don't know what's wrong, it's still totally fine to discuss that persistent feeling and figure out what's wrong together. Effort in a relationship will ebb and flow — it's easy to kick back and relax for a while — but be sure you always come back to being present. If you take your relationship for granted, you will lose it sooner or later.