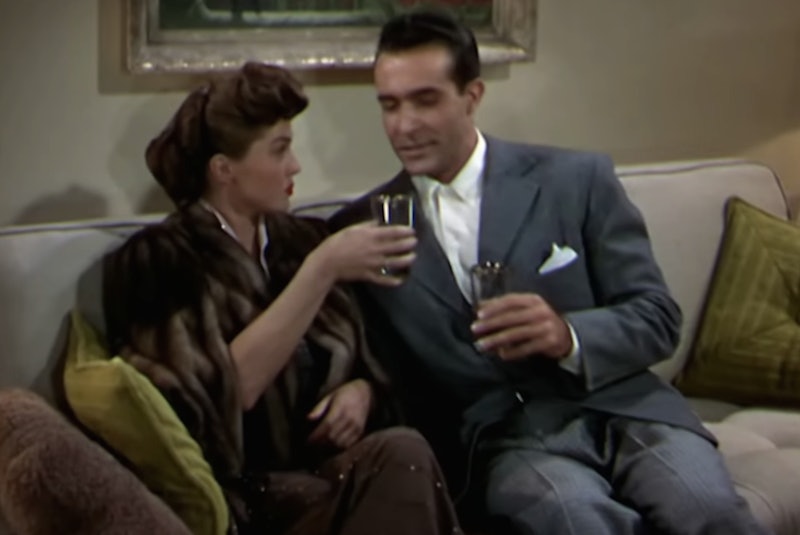 "I really can't stay... Baby, it's cold outside. I got to go away... Baby, it's cold outside." If you're like me, you totally just sang those lyrics to the classic holiday song, "Baby, It's Cold Outside" several times during every Christmas season. It's a song that has been sung throughout the years since it first appeared in the 1949 non-Christmas-related film classic, Neptune's Daughter. The song has been covered by numerous artists in multiple different ways, including Michael Buble and Idina Menzel, Lady Gaga and Joseph Gordon-Levitt, and more. But have you ever really listened to the song's lyrics? Because, when you do take a moment to really listen to them, you start to notice something. "Baby, It's Cold Outside" has long been accused of having a bit of a "date-rapey" vibe to it. Seriously.

Here, let's just look at some of the lines together.

The neighbors might think(Baby, it's bad out there.)Say, what's in this drink? (No cabs to be had out there.)I wish I knew how(Your eyes are like starlight now.)To break this spell(I'll take your hat. Your hair looks swell.)

Whether you agree or disagree, there has been a decent amount of Internet commotion over whether the song is in fact problematic or not in the years since the song came out. And, in accordance with those who do find the song just a tad bit unsettling, there has actually been a few lyric changes made to the overall song over time, from artist to artist. However, it seems as if no official changes have been made, because, well, it can be nearly impossible to actually change a classic from the 1940s.

In fact, although made popular by the 1949 film, Neptune's Daughter, this song was actually originally written with it's "woo"-ing theme by the one and only Frank Loesser. Where his intention was for the song to be a "Wolf" and "Mouse" portrayal of the man and woman singing — and for him to sing it with his wife. So, yeah. How do we look at it from a brand-new perspective?

One of the most recent publicized and renewed versions of the song comes in the form of Michael Buble and Idina Menzel's cover. They not only made the song family-friendly with some minor changes, but they also allowed for two kids to star in the song's music video. With the most obvious lyric change being, "Say what's in this drink?" as "Was that a wink?" instead. And, with these changes, the whole cover can easily be viewed as flirty and adorable instead.

There was even a mock version of the song created in 2014 in order to point out the songs awkward flaws in a "Feminist Approved" version titled, "Baby, It's Consent Inside." In that rendition of the holiday classic, they were nothing less than blunt. The song ended as soon as the girl said she couldn't stay.

But can changes actually be made to a song with so much history behind it? Or is the song really just too clear for it all to ever really go away? I guess it really all depends on how future artists decide to perform it.