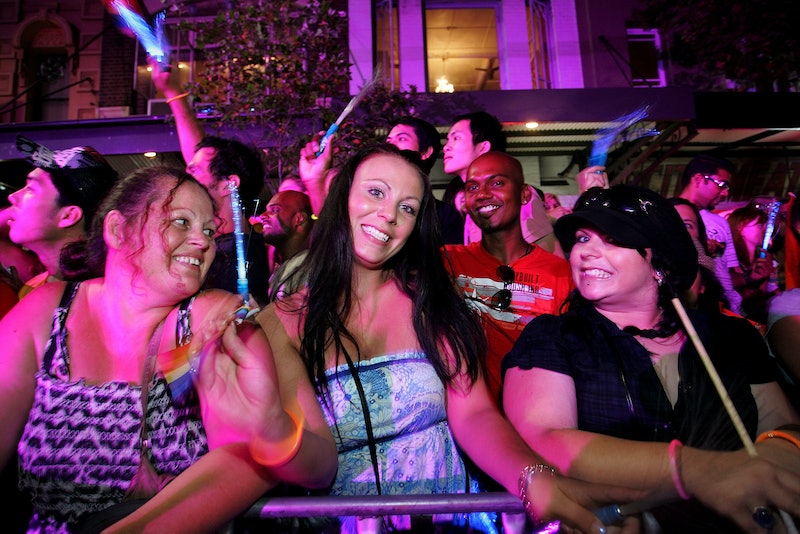 If there’s one thing I’ve needed a lesson on in the past it’s tricks for handling rude people, because I’ve had periods of time when I’ve admittedly had the shortest fuse ever. All it took was someone to look at me the wrong way and I’d be set off. Those days are far in the past now though — thankfully for both me and those around me — but it doesn’t change the fact that I’ve had to go over, and over, and over different tactics for managing the rude people I encounter. Now, I’m much happier, kinder, and oddly enough, more productive.

All of us encounter our fair share of difficult people in our lives. Some creep up on us while we’re ordering our daily coffee at Starbucks, others sit next to us every day at work, and yet others might even be those we’re in intimate relationships with. No matter who it is, it’s so important that we take time and consider ways to properly handle our reactions to them. It’s really easy to give these people an attitude in return, particularly when it’s someone we don’t think we’ll ever see again. However, by stopping, thinking, and responding correctly, you can walk away from the interaction feeling much more pleasant. Here are eight tricks I’ve learned and practiced over time to help deal with any of the rude people I encounter.

1. Take A Deep Breath, And Think Before You Speak

Back in my mean days, when someone would be rude to me, my very first thought would be to give it right back to them. It was a terrible mindset, I know. It took me a while to realize this, but taking a moment before you respond to someone who has just been rude to you can make all the difference. Specifically, it could mean the difference between a huge (and likely unnecessary) fight and a fairly civil interaction. What I like to do is physically pause, take a giant deep breath, and clear my mind before moving forward at all.

According to RobertHalf.com — a staffing service company's blog that offered advice on handling workplace rudeness — you can effectively discourage rudeness by remaining calm and appearing in control on your response(s). That deep breath you already took? It relaxed you a bit, right? Keep that low-key momentum going throughout the interaction.

3. Consider The Other Person’s Point Of View

Keep in mind that it could be the person’s behavior that day, and not the person themselves, that’s causing them to be cranky to you. If you know the person, and are aware that they are not a bad person, consider it situational. Based on the scenario, quickly consider their side of the argument. Is it possible their point is valid as well? Oppositely, if you know this rude person well and this is just how they seem to act every single day, it might be a larger issue for the two of you to work on. We’ll get to that!

4. Consider What The Other Person Might Be Going Through

Sometimes people are rude for a reason other than the exact situation at hand. Maybe they have a parent who’s sick in the hospital, or are currently unable to pay any of their bills, or are going through a nasty divorce. These are all things you might be completely unaware of, but could be eating them up inside, thus their rude behavior. My mom used to tell me, “put yourself in the other person’s shoes” — and this is exactly what she was referring to. Practice empathy here, where possible. Even my man Dr. Phil agrees that it’s extremely important to have empathy when dealing with rude people.

5. Take A Moment To Choose The Right Approach

Take a moment or two to stop and think about the consequences and if it’s worth a dispute. According to WebMD, when dealing with a difficult person, it’s a good rule of thumb to talk things over only if it’s someone you’re close to. Otherwise — if it’s someone you rarely see, or especially someone you might not ever see again, there’s simply no need to pick the situation apart together. Rather, be as kind as possible to them, and move on. If this is someone close to you, though, let’s talk about what the conversation could look like…

6. If You’re Going To Talk It Out, Do So Mindfully

With this person who you’re close with, or someone you have to deal with regularly, it’s best to come to the table with specific examples of how the person has offended you and what you deem the problem to be, according to WebMD. It’s also helpful to outline the things you want to change, as to help make things smoother between you and Madam Rude in the future.

7. Resist Responding To Rudeness With Rudeness

According to RobertHalf.com, responding to the offending person with rudeness — particularly when it comes to workplace interactions — is not going to get you anywhere. In fact, at work, this can lead to trouble for you. Would it really be worth it to be reprimanded by your boss for something you didn’t even initiate? No way! Also, if you don’t allow yourself to get overly worked up, angry or rude, you’ll likely find yourself happier due if only due to your own positive vibes.

8. When All Else Fails, Kill 'Em With Kindness

It may seem like a phony way to handle it, but it’s better than sparking a huge feud, am I right? According to CNN, your kind attitude in response to them may ultimately improve their attitude in a positive way. Not only will you feel happy and positive, perhaps they will feel happy and positive because of you. Of course, this isn’t foolproof (we all know those extremely cranky Scrooges that wouldn’t crack a smile even if we handed them a million dollars cash), but it’s surely worth a try.

By following some of these tricks, you might quickly find yourself feeling extremely proud of how you’re handling the many difficult people you’re likely to encounter. There might never be a world without rude people, but there can be one where you respond to them pleasantly and commendably — and that sounds like a good world to me.