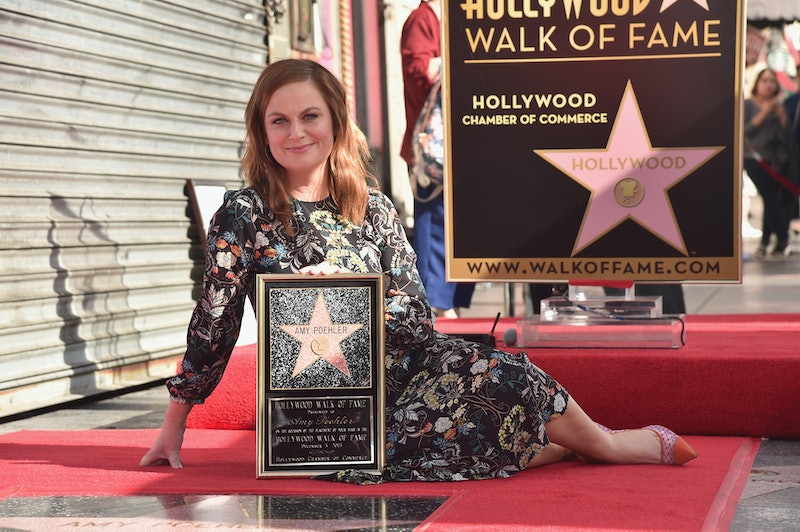 It's that time of year again. The 58th Annual Grammy Awards are right around the corner, and organizers have finally announced the nominees. Funny lady Amy Poehler finds herself on this year's list, as her memoir, Yes Please , gets a Grammy nod in the Spoken Word Album category.

Poehler faces off against Dick Cavett and Jimmy Carter — and I've just realized that I'm old enough to know who those people are. Um, do you remember that scene in Forrest Gump where he's interviewed alongside John Lennon? OK, that host? That's Dick Cavett. And Jimmy Carter was president before Ronald Reagan. Got it? OK, phew, I'm not old anymore.

Two novels and three memoirs make up this year's Spoken Word Album nominees. The audiobooks feature an all-star cast of readers. Patti Smith, a memoirist in her own right, reads Jo Nesbø's thriller Blood on Snow. Fellow rockstar Janis Ian narrates Isabel Miller's Patience and Sarah with actress Jean Smart. Cavett and Carter read their own memoirs, and Poehler narrates hers with help from Carol Burnett and Sir Patrick Stewart, among others.

You can root for Poehler and other nominees when the 58th Annual Grammy Awards air on February 15, 2016.

More like this
Everything To Know About The 2023 Grammy Awards
By Jake Viswanath
Prince Harry Incorrectly Recites Christina Aguilera’s “Genie In A Bottle” Lyrics
By Jake Viswanath
I Read Prince Harry's 'Spare' So You Don’t Have To: 11 Highlights To Know
By Marina Watts
Cruz Beckham Teased New Music With An Adorable Nod To Mom Victoria Beckham
By Stephanie Topacio Long
Get Even More From Bustle — Sign Up For The Newsletter
From hair trends to relationship advice, our daily newsletter has everything you need to sound like a person who’s on TikTok, even if you aren’t.