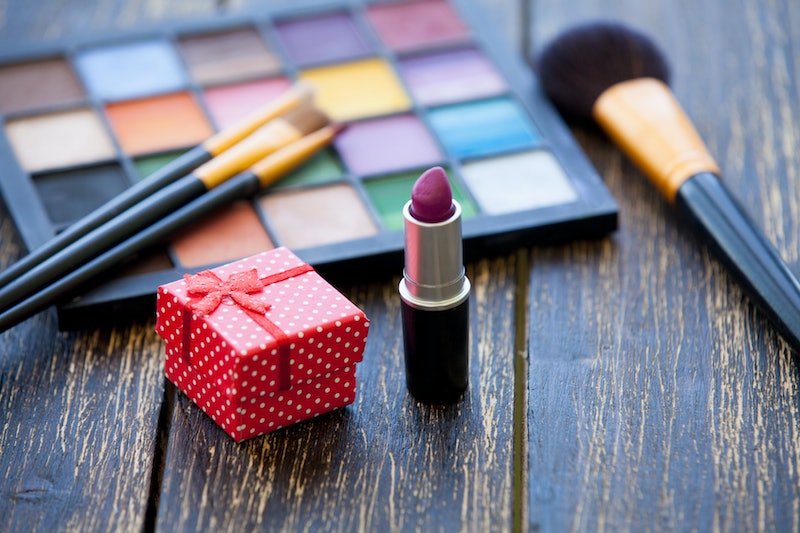 The holiday season is often focused on receiving, and let's be real: Most of us spend a lot of time thinking about the great (or not so great) gifts we're going to get. But if you want to shift the focus of your holiday to giving and are looking for a beauty charity to support, it's time you met the MAC AIDS Fund, a beauty charity that, IMO, we should all try to make an effort to donate to. It works to be of service to all people living with HIV and AIDS through dynamic programming, on-the-ground community work, and providing a platform to those whose voices are not being heard. "The MAC AIDS Fund's mission is to serve people of All Ages, All Races, All Sexes affected by HIV and AIDS. To partner with the bold, the visionary and the brave who confront the epidemic in countries and communities where people are most neglected, off the radar and at highest risk," the company wrote in its mission statement.

The MAC Aids Fund raises money through its VIVA GLAM lipsticks and lip glosses, which often have high-profile celebrity names behind them. Everyone from Fergie to Lady Gaga to Nicki Minaj have had their own MAC VIVA GLAM lip products created for the foundation. But the best part is that every cent of your purchase of VIVA GLAM products will go to support the charity. Yep: Every cent. Effectively, buying a lipstick or lip gloss will be the same as donating directly, except that you also get to walk away with a very cool product. It's a total win-win for beauty lovers who want to give back.

If you're wondering how your dollars can be used, the MAC AIDS Fund put together some statistics about what the purchase of one VIVA GLAM lipstick, which costs $17, can mean to someone living with HIV or AIDS in the communities the organization donates to. According to its analytics, your purchase could buy one party pack to allow a child in need to celebrate the holidays or a birthday, two hours of childcare for a woman who needs to go to doctor's appointments, 23 female condoms, 233 male condoms, one counseling session for a woman living with HIV or AIDS, or even two emergency boxes with non-perishable food. That is the power of your dollar.

This organization is doing some incredible work with its programs, spanning from prevention to assisting those in need of treatment to helping those living with HIV or AIDS fulfill their basic needs. MAC is on a mission to end the HIV/AIDS epidemic and understand the importance of addressing its root causes in order to do so. One of the many programs the foundation has funded is the Global Plan, co-chaired by the U.S. State Department and UNAIDS, which is working to prevent mother-to-child HIV transmission. Transmission is preventable, but often unfortunately not seen to due to a lack of education and resources.

So far, The MAC AIDS Fund had given more than $8 million dollars to the Global Plan, further showing support for minority groups affected by the condition, including women of color. In a video explaining the mission of the organization, a representative said that they "look at the world in a different way" and understand that HIV and AIDS affect marginalized people the most.

MAC's current campaign ambassador is Miley Cyrus, who created an orange lipstick and lip gloss as her contribution to VIVA GLAM. As to why she decided to support the cause, Cyrus has said that it gives her a chance to educate her fans about what the brand stands for and why the issue matters. "I have the opportunity to teach my fans about what VIVA GLAM represents, and to educate them about HIV/AIDS prevention and being safe. So many people are scared to talk to their kids about what’s important and if I can be the one that speaks up and educates young people, then I will," she said in an interview with MAC. Cyrus added that the reason she chose to make her lip products orange was to connect to her "loud" personality and allow women to make a bold statement. What's not to love about that?

If you want to purchase some lip products from MAC VIVA GLAM, you can do so on MAC Cosmetics' official website or at a number of department stores, including Macy's and Nordstrom. These products will also make the perfect gift for any beauty lover in your life (or even for yourself). With 100 percent of the proceeds going to the MAC AIDS Fund, what do you have to lose?