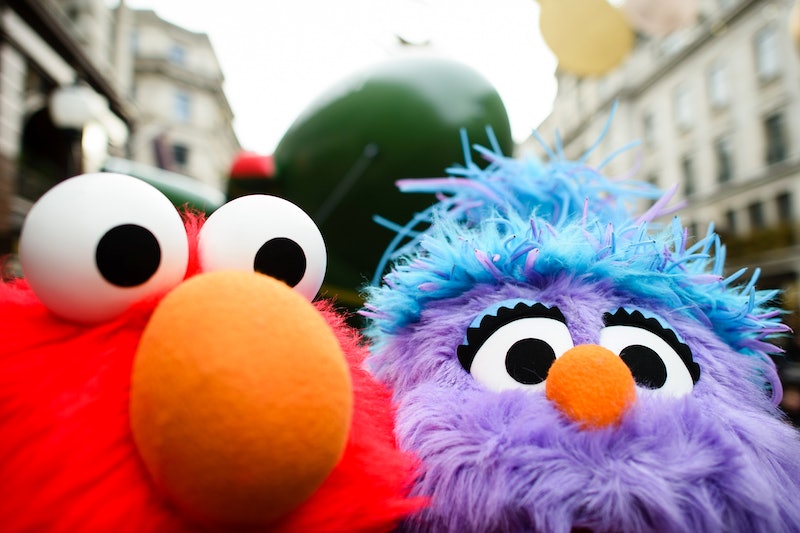 First published in 1993, For Every Child, A Better World follows Kermit around the globe as he explains the rights of children. These include access to clean water, food, healthcare, shelter, and peace. As Kermit explains to young readers, however, some children do not have these things. The book provides plenty of opportunities for meaningful and relevant conversations with small children. A 1993 Kirkus Review called it "[a] serious book, with appeal for a wide audience, that can do only good."

So what does Carney think is so "graphic" about this Muppets picture book? According to the New York Daily News, it's an illustration "of a kid living in a box in the rain" that has drawn her ire. You can view the image in the Minnesota Public Radio report here, but be advised: it may be "too graphic" for some viewers.

This isn't the first time Carney has attempted to drum up controversy since her appointment to the Marshfield School Board in April. She originally called for the Muppets book to be banned at a July meeting, where she voiced her opposition to the school's new social studies curriculum, saying: "The focus is away from ... American exceptionalism and being proud to be an American, and the focus is instead on being kind of a citizen of the world, and we can no longer just be isolated, or ethnocentric."

Perhaps, then, Carney's problem is not with the Muppets' presentation of children in poverty, but with Kermit showing that homelessness and food insecurity aren't found solely in the Third World.

You can read the first few pages of For Every Child, A Better World on Google Books.