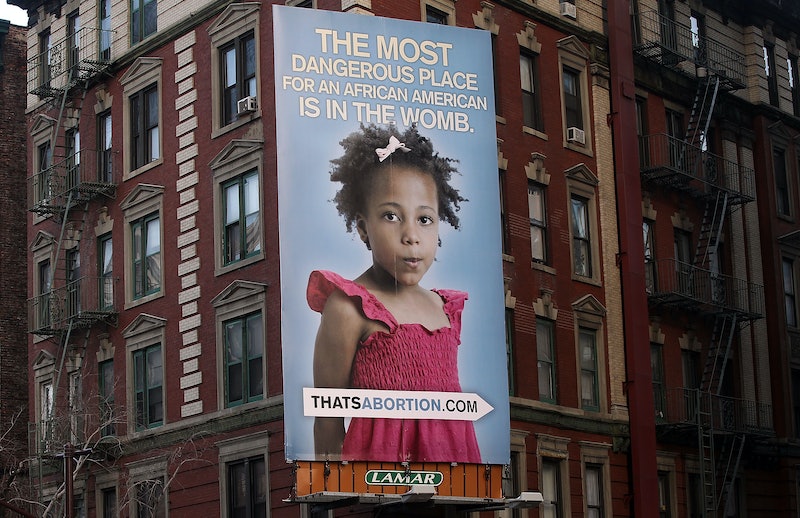 As 2015 draws to a close, I can easily list the many incidents of violence inflicted on my communities this year. A series of arson attacks and a recent shooting at Planned Parenthood clinics. A deadly shooting at an African Methodist Episcopal church in Charleston. Ongoing police violence against Black communities.

Yet in the midst of this national crisis of violence, Congress seems to only focus on attacking women's health. On Dec. 3, the Senate voted to defund Planned Parenthood, and a House vote is expected any day now. As a young Black woman of reproductive age, an advocate for my local Planned Parenthood, and a faith leader in the African Methodist Episcopal (AME) Church, I can no longer watch as the communities I love are threatened and harmed.

As a clinic volunteer and reproductive justice advocate, I know how important clinics are to the women and men who rely on them for quality care and health information — including many Black women. Black women are more likely to need an abortion, and since many Black women are over-represented in low-wage jobs, the affordable health care Planned Parenthood provides is essential.

Historically, Black women have had very little reproductive choice. During slavery, we were forced into childbirth to produce more chattel. Then, when our bodies were no longer profitable, the medical industry controlled our reproductive choice through forced hysterectomies, coercive birth control, and other methods.

Since then, Black women have also borne the burden of the “welfare mom” stereotype; the racist image of a woman who has many children in order to collect benefits from the government. This history deems us dangerous to ourselves and our children. This is why it's such a slap in the face when people like Ben Carson compare abortion to slavery.

The appropriation of #BlackLivesMatter language to shame Black women seeking healthcare is divisive and insulting, but sadly unsurprising.

Every Friday, a group of people gathers outside the Planned Parenthood clinic where I volunteer, holding signs that shame the women who visit with slogans like “Your mother kept you” and pictures of babies that say “I want to live.” These signs and their presence may seem peaceful because the protesters don’t (typically) threaten or physically assault visitors. But their very presence is violent, their words often cruel, and their motives are to intimidate and scare away people seeking health care.

When I was at the clinic last month, the protesters were mostly Black and from one church in Raleigh. They held signs that said “Fetus lives matter” and “The most dangerous place for a Black child is in the womb.”

As a Black woman, seeing those signs made me angry. They make it seem as if Black women do not make our own decisions, that we are simply pawns in America’s racist society. The appropriation of #BlackLivesMatter language to shame Black women seeking healthcare is divisive and insulting, but sadly unsurprising.

The leader of the protesters targeted me toward the end of their demonstration. I was one of two Black women volunteering as clinic greeters. He said, “I want to talk to the young sister over there. You are on the wrong side with those White people.” Then, addressing the police officer standing near me, he said, “We respect the cops. Blue lives matter.”

Of course, he couldn’t tell that I too am a Christian, and a minister. I was standing alongside other Planned Parenthood volunteers, wearing a pink T-shirt and jean shorts instead of a distinguishing black shirt and collar. But I didn’t need to look like a faith leader to demonstrate my faith. I am a clinic greeter because of my faith, which teaches me how important it is to provide care for my community. For me, that means ensuring that women have safe access to their health care facilities.

Ironically, at the clinic, I am not only under threat of violence from shooters — I am also threatened by discrimination from the faith communities to which I belong. Faith communities that have also found themselves under the threat of violence. Clinics and churches alike have been targeted by violent attacks rooted in racism, misogyny, and hate. People of faith and conscience cannot stand by in silence, or fail to see these acts of violence and the connections between them.

Black churches, like mine and like the church that protester came from, have long been a target of violence and racism, since they're places where Black people gather and find joy. In church, Black people have the freedom to organize and make decisions outside of the specter of White supremacy. It's a place where Black people can exist and be human — which is exactly why it’s seen as a threat.

These attacks are linked, and so we Black leaders in faith communities must be linked in our response. Protesting Planned Parenthood is a tool to intimidate, and we must stand against it.

Since the tragic shooting in Charleston, South Carolina, there has been a surge in bombings and terrorist violence against Black churches, reminiscent of the burning of Black churches throughout the 1950s and 1960s.

When the pastor from Raleigh told me I was on the wrong side, he didn’t see our shared struggle to defend Black churches. He didn't see what we may have in common. He saw me as his enemy, when in fact we share the enemies of racism and discrimination.

Racism and violence wear many masks, from the bomber of a church, to the police who target men like that same pastor, to the Colorado Springs Planned Parenthood shooter. These protesters attempt to limit our decisions through shame.

Black women and men are targeted in our clinics, churches, and while simply walking down the street, because White supremacy dictates that we shouldn’t be allowed to get health care, to worship, or even to leave our homes. In every instance, the intention is to intimidate us. These attacks are linked, and so we Black leaders in faith communities must be linked in our response. Protesting Planned Parenthood is a tool to intimidate, and we must stand against it.

Black women should be able to make and act on our own decisions about abortion, without stigma or fear of violence. Rhetoric that says anything different ignores our history and our health.