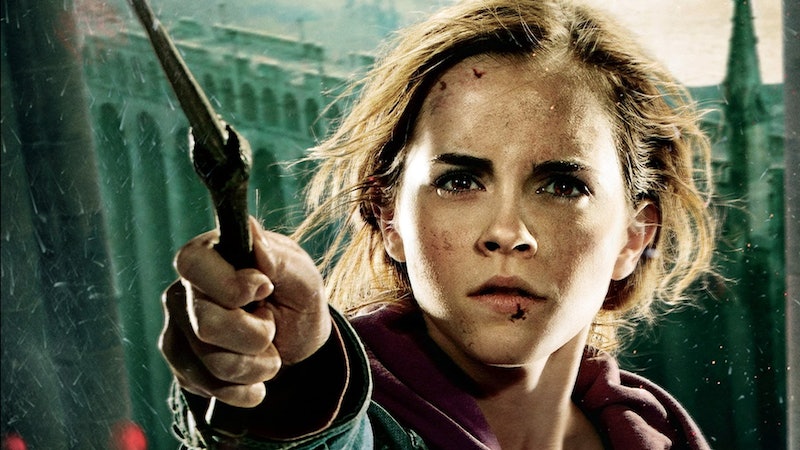 J. K. Rowling is a literary legend. Leaving aside for the moment a Twitter account that combines the integrity of Albus Dumbledore, the spunk of the Weasley twins, and Hermione's elastic wit — Rowling's fictional output is a testament to the sublime wonder of world-building and an absolute mastery of the English language. While the Robert Galbraith novels are so good they are practically criminal, and The Casual Vacancy is well worth a second look, the seven-book saga that is the Harry Potter series represents the truest testament to Rowling's talents.

Of course, it takes time to fully appreciate the world's great literary masterpieces, and the Harry Potter books are no exception; so perhaps it shouldn't come as any surprise that after the first go around, there were a few things I didn't quite understand in Harry Potter and the Potterverse. After nearly two decades of superfandom, I've teased out answers to many of my most pressing questions, and yet I still find myself searching for answers. Now, I'm not talking here about deep complicated questions of wandlore or wizarding tradition — I'm talking about the simple things, those things that grab ahold of you from the very first go around and don't let go until you find answer, for example these 13 things.

From the moment Rubeus Hagrid bursts through the door of No. 4 Privet Drive and casts a spell on Dudley Dursley using a pink umbrella, I've been curious about Hagrid's wand. First of all, why was it snapped when he was expelled from Hogwarts? Is this standard practice? Attendance at Hogwarts was never compulsory (at least, until Voldemort took over), and wizarding dropouts like Fred and George have never prevented from practicing magic after leaving school, so why is Hagrid prohibited from carrying a wand?

2. Why There Aren't More Flying Cars?

Don't get me wrong — I completely understand that given the strictures of the law regarding the ownership of charmed objects, intentionally tinkering with automobiles for the purposes of flight is illegal, but why is that? I mean, sure, the invisibility booster failed on the Ford Anglia Ron and Harry flew to Hogwarts, resulting in a serious breach of the International Statute of Wizarding Secrecy, but as long as the invisibility issue was resolved, what's the harm in a few more flying cars? With the right air conditioning and longer-lasting magic, flying cars might make for a pleasant and practical alternative to the broomstick.

OK, so here's my question about butterbeer — is it alcoholic? I mean, given the regulations preventing students from enjoying alcoholic beverages such as Madame Rosmerta's Mead or the ubiquitous Firewhiskey, it seems clear that butterbeer must be a non-alcoholic beverage. But, on the other hand, the exact contents of the alluring elixir are never quite made clear, and it does seem to pack quite a punch.

4. What Harry Saw In Cho Chang

Sure, she's beautiful, and smart (I mean after all, we're talking about a Ravenclaw after all), and a seeker for the house quidditch team, but in the realm of personality, Cho doesn't seem to have all that much going on. Once Harry and Cho start seeing each other, it's clear that there isn't much real chemistry there, which makes me wonder how exactly Harry fell in love with her in the first place?

5. Dumbledore's Experience With the Room of Requirement

Now certainly we can all agree that Dumbledore was a man of mystery, but he was also a man of science — a rigorous explorer of the great mysteries of the world. So I find it hard to imagine that after stumbling upon an unknown room containing a beautiful selection of chamber pots precisely when he needed them most, Albus Dumbledore would be content to wonder casually about the magic at work without investigating further. Is it really possible that Dumbledore never uncovered the secrets of the room of requirement?

Although I haven't kept an exact tally, I can tell you that I survived many a screaming match with my parents as I made my way through high school. So, I have to ask, how is it that so few howlers are delivered with the morning post at Hogwarts?

7. Politics in the Wizarding World

While it's not hard to see why Cornelius Fudge was ousted after Voldemort came to power, I've always been a bit fuzzy on how exactly the wizarding world chooses a political leader. Are there wizarding elections? Wizarding campaigns? Wizarding campaign finance statutes and regulations? If only I had access to the Hogwarts library, I feel certain I could clear this up in no time.

8. The Ministry of Magic

Each peek into the inner workings of the Ministry of Magic offers new insights into the machinations of wizarding world bureaucracy, but I have to say that from what I've seen thus far, there are a few glaring oversights in the organizational structure at the ministry that just don't seem to make sense. I mean, I see the need for a Department of International Magical Cooperation‎ and a Department of Magical Law Enforcement, but what about departments devoted to tax collection or social welfare programs?. Is there really no such thing as income redistribution in the magical realm?

9. The Many Friendships of Peter Pettigrew

How is it that a boy so cowardly, weak, and unworthy managed to befriend three of the bravest and most popular boys at Hogwarts and then make his way to the right hand of the darkest wizard in the known world? Without great magical talent or social skill, just how did Peter do it?

10. Where Do All the Wands Come From?

Given the many accidents that have befallen our heroes' wands throughout the series (Ron's unfortunate accident in the flying Ford Anglia, the destruction of Harry's wand in the home of Bathilda Bagshot, and Hagrid's early loss at Hogwarts) it seems hard to fathom most wizards sticking with one wand for an entire lifetime, which brings me to my question — are there really only two wandmakers in the wizarding world? Is it even possible that Ollivander and Gregorovitch (who has since retired) could supply a global population of witches and wizards with wands?

Here's my question: Is it possible that only one bus (be it magically altered in many mystifying ways) could possibly provide for the transportation needs of the entire magical community in London? Wouldn't you need an entire Knight Bus Network to get everyone where they need to go?

Sure, there are giant man-eating spiders making a home for themselves in the heart of the forest, and not all the centaurs seem entirely open to the idea of human companionship, but that being said, doesn't it make more sense to try to learn from and live with the many magical creatures occupying the wooded area on the Hogwarts ground rather than forbidding entrance to the forest? I mean seriously, why is the forest forbidden?

I've said it before, and I'll say it again — the enslavement of house elves is a travesty and an abomination. I simply do not understand how, under the leadership of Albus Dumbledore, house elves were put to work at Hogwarts.

More like this
Harry Potter's Viktor Krum Has Undergone A Huge Transformation Since Hogwarts
By Sam Ramsden and Meguire Hennes
The First 'Percy Jackson & The Olympians' Teaser Comes With An Ominous Warning
By Grace Wehniainen
Nicola Coughlan Shared A Lady Whistledown Excerpt From ‘Bridgerton’ Season 3
By Grace Wehniainen, Alyssa Lapid and Sam Ramsden
Viserys’ Fate On 'House Of The Dragon' Could Differ From The Book In This Surprising Way
By Grace Wehniainen
Get Even More From Bustle — Sign Up For The Newsletter