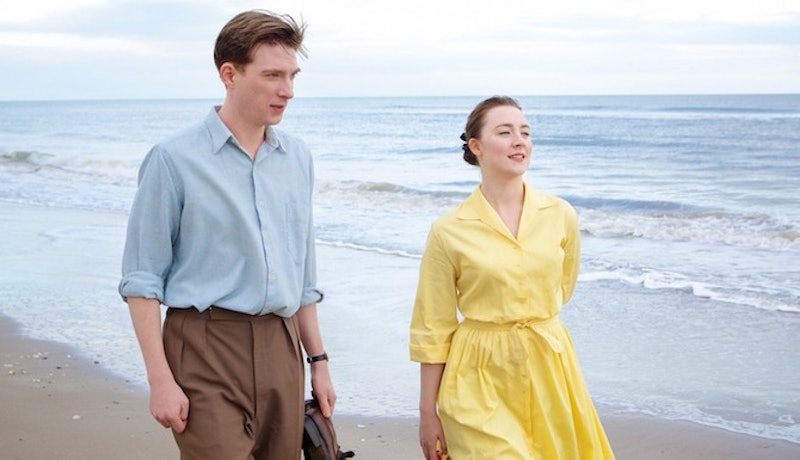 I know, I know. It's just the Golden Globes. Should a snub really hurt that bad when what fans are all really waiting for is the time of year when all our favorite celebs get tipsy on bubbly together in a fancy hotel (and on TV for our viewing pleasure to boot)? Well, yes. Getting snubbed in general stings. And the 2016 Golden Globes movie snubs are no different.

Is it so bad that we, as a moving loving population, enjoyed movies so intensely that our feelings are running high and that if it were appropriate to make concert signs for webcast nomination ceremonies, there'd be factions toting "I <3 You, J. Law" signs and "This Is Your Year, Leo" banners? No. It's not. You have feelings; go ahead and feel them.

And, while there were plenty of people to cheer for this year, there were just as many worthy souls left out of the running, and it's OK to be disappointed. In fact, crying "snub!" is half the fun of a nominations day anyway. So, sit back, feel those disappointed feelings, and wallow in the sadness that is seeing your favorite film bite the dust. It's only natural. (And, hey! There's always the Oscars!)

Evidently, the HFPA wasn't feeling Suffragette. I feel like there's a pun to be made about the patriarchy here...

You can't deny that Depp's performance was amazing.

This historical drama about an Irish immigrant's new life in New York City was expected by many to be a major contender, so it's noteworthy that it didn't even garner a nomination.

The "kerfuffle" surrounding this category was anticipated, but it's nonetheless surprising that the new dramedy starring Lily Tomlin didn't make the cut.

You know there's a part of you that was secretly rooting for a nomination for Hader for his portrayal of nice-guy Aaron in Trainwreck.

6. Straight Outta Compton for... Anything

No Golden Globes love for the biopic about NWA.

There are a lot of sad little yellow faces somewhere right now...

Neither Keaton nor any other Spotlight cast members received nominations for their portrayals of the Boston Globe investigative journalists who unearthed the Catholic sex abuse scandal in Massachusetts.

9. The Martian for Best Screenplay

Drew Goddard missed out on a nomination for his critically-acclaimed adaptation of Andy Weir's novel.

So if one of your favorite movies or actors didn't make the cut for a nomination, go ahead and let the waterworks flow. Then pull yourself together— the nominations are only the beginning, and you'll want to save energy for celebrating and/or moping when the actual awards roll around!