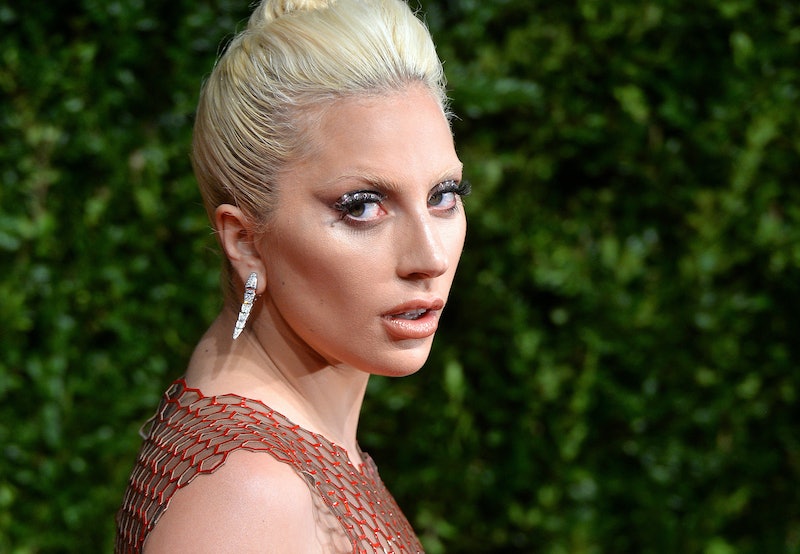 There were more than a few shocking snubs when the Golden Globes nominations were announced Thursday morning, but there were also a few surprises. Rachel Bloom was nominated for her role on The CW's Crazy Ex Girlfriend, and Aziz Ansari was nominated for his role on the Netflix series, Master of None. But more shocking than either of these nominations was Lady Gaga's Golden Globes nod. The "Bad Romance" singer was nominated for her work in American Horror Story: Freak Show in the Best Actress In A Limited Series Or Motion Picture Made For Television category. This nod isn't surprising because it's undeserving, rather, it's unanticipated simply because most audiences know Gaga as a singer rather than an actress.

This is a huge victory for the Lady herself, and of course, and for FOX's American Horror Story, which has been on the air for 2011. It's been nominated for Best Series, Drama, and one of its leading ladies, Jessica Lange, has been nominated for an award in the Best Performance by an Actress in a Supporting Role in a Series, Mini-Series or Motion Picture Made for Television multiple times, winning in 2012. Gaga's nod is just another notch on the show's award bedpost.

The actress and signer tweeted about her nomination on Thursday morning, saying: