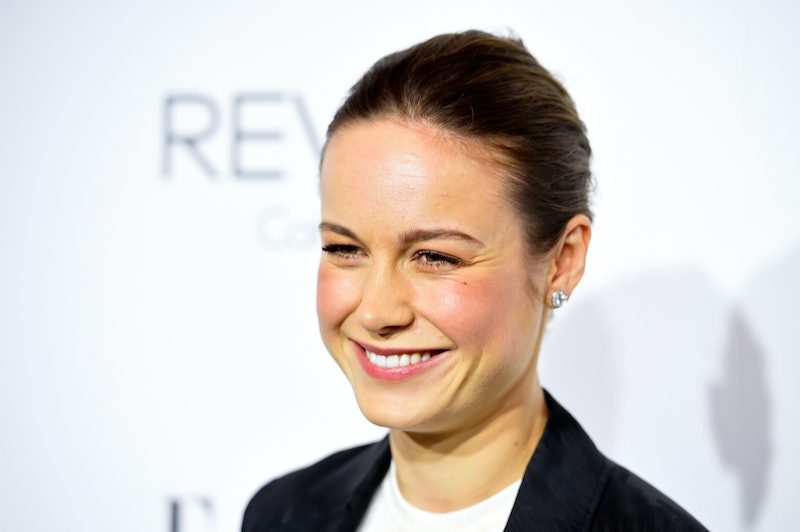 On Thursday morning the 2016 Golden Globes nominations were announced, and as always, there were a fair amount of surprises and snubs. But perhaps the biggest snub wasn't one particular person but a group of people: women. This isn't to say womens' stories weren't represented among the award show nods, because Carol, Mad Max: Fury Road, and Room — among others — proved they were. But the stories given recognition on Thursday morning surrounding the lives of women are still being told primarily by men, so what gives?

Three out of the five Best Motion Picture, Drama nominations center on stories about female protagonists (yes, I'm counting Furiosa as the lead of Mad Max, regardless of what the promotional materials tried to tell us), but Mad Max, Carol, and Room were all helmed by men. Mad Max , arguably one of the most feminist films of the year, was directed, written, and produced by men. Carol, about the love affair between two women in 1950s was directed by Todd Haynes, and the exceptional Room was directed by Lenny Abrahamson. Both of these films had female screenwriters, but when it comes to shaping the story on set, it would be fantastic to see a female figure behind these female-centric stories.

We see something similar in the Best Motion Picture, Musical or Comedy category. Three out of the five stories belong to women: Joy, Spy, and Trainwreck, yet none of them are directed by women. Trainwreck, impressively written by comedian Amy Schumer, was directed by Judd Apatow. Joy, starring Jennifer Lawrence, was written and directed by her constant collaborating partner David O. Russell. Spy, starring Melissa McCarthy, was written and directed by Paul Feig. In an interview with Bustle from March, Feig said:

I hate that I'm a guy directing these types of movies. I wish women were directing them. I want to get women doing these so there are more of these projects and we can just lay it to rest, and make it like, 'Who's the best for the job?'

While it's wonderful to see six out of the 10 films nominated are stories about women, the same ratios are not reflected in the entertainment business itself. The New York Times reports that less than two percent of directors in 2014 were women in the top 100 grossing films of the year. And the problem isn't just a directing discrepancy. The same study reports that in 2014 95 percent of cinematographers, 89 percent of screenwriters, 82 percent of editors, 81 percent of executive producers, and 77 percent of producers were men.

To illustrate just how serious this problem is, a federal investigation of possible discrimination of women in film is being conducted. An unidentified action will be taken to remedy this problem, depending on what the investigation uncovers. But it's 2015, Hollywood — the fact that the industry need a federal investigation to possibly set regulations on women working in film is horrendous. If movie makers can craft compelling stories about women, surely the industry can afford to let women tell these narratives — they are their stories, after all.