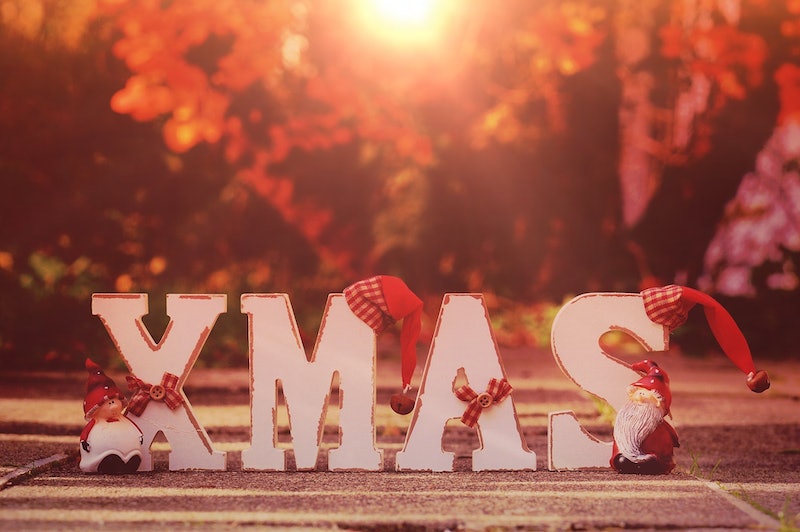 If you’re currently finding yourself surrounded by signage and cards declaring, “Merry Xmas!” and “Extreme XMAS SALE!!!”, you may be asking, “Who put the ‘X’ in ‘Xmas’?” (and also, “Um, how extreme are we talking about?”). Although some believe that the holiday abbreviation is a sign of the modern secularization and commercialization of Christmas, the origin of the word “Xmas” says differently: “Xmas” has an very old history, rooted, not in a push to “take the Christ out of Christmas,” as some people have argued, but rather in the Greek alphabet.

The use of “X” to refer to Christ dates back at least a thousand years. The “X” in “Xmas” comes from “Christos,” the word for “Christ” in Greek, the original language of the New Testament. Spelled “ Χριστός ” in the Greek alphabet, the first letter of “Christos” is “X,” pronounced “chi.” Early abbreviations of “Christ” borrowed the first two letters of the Greek “Christos,” “X” and “P,” a tradition that still holds in some contexts. (Some of you may already be familiar with the labarum, or Chi-Rho, a symbol of Christ made up of an “X” crossing over a “P” that appears in many churches.)

In 1021, an Anglo-Saxon scribe abbreviated “Christmas” with “Xpmas” to save space on expensive parchment. Over time, the “P” dropped out of use and left us with “Xmas.” The word has been around ever since; for example, in 1801, Romantic poet Samuel Taylor Coleridge wrote in a letter, “On Xmas Day I breakfasted with Davy,” and we can see it in use on this card, dated 1910:

“Xmas” isn’t the only example of an “X” being used to refer to Christ. “Xtian” and “Xpian” have sometimes been used as abbreviations for “Christian.” And, of course, there’s always “Xtina.”