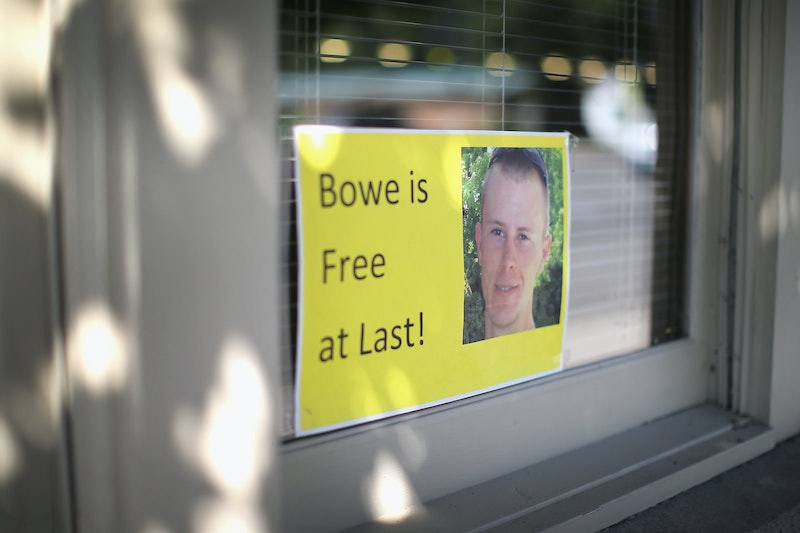 On Thursday, the first episode of Serial Season 2 was finally released. During the first season, producer Sarah Koenig's voice guided millions of people through the events which put Adnan Syed in prison for murder 15 years ago. Now, Koenig will help Sgt. Bowe Bergdahl, who left his post in Afghanistan and was held captive by the Taliban for five years, tell his side of the story. But there are a few essential facts you should know about Bergdahl's case before getting lost in the second season of Serial.

Serial is a podcast that unfolds its stories over the course of a full season, hence the name. Like last season, with the cellphone towers and "the Nisha call," this season will probably develop its own language which dedicated listeners can grow to know and love. But because this is a complex and ongoing case that's tied to foreign policy and the military, it's useful to have some background before you start listening. Here are five essential pieces of background you should know before starting the second season of Serial.

1. No One Has Heard Bergdahl's Side Of The Story Yet

This is the first time Bergdahl is giving a public account of his actions in June 2009. He just wandered away from his post in Afghanistan with nothing but some food, water, knives, and a compass. He apparently wanted to travel to a different military base to relay concerns he had about problems in his unit to officials who were higher up. In the first episode, Bergdahl describes how he felt as he was walking away from his camp:

2. Bergdahl Was Apparently Obsessed With Adventure

Bergdahl grew up in Hailey, Idaho -- "nearly off the grid," as his father Bob put it to Rolling Stone. He and his wife taught Bergdahl six hours day, focusing on famous thinkers like Thomas Aquinas and St. Augustine. Bob told Rolling Stone that these teachings and his conversations left his son "instilled with truth."

Bob also said that his son was obsessed with Bear Grylls and his show Man vs. Wild. When Bergdahl joined the Army, he did it more out of a sense of adventure than service. Jason Fry, a friend from his unit, said that Bergdahl would constantly talk about how he was a "survivalist." Fry claimed that at one point, Bergdahl told him, "If this deployment is lame, I'm just going to walk off into the mountains of Pakistan."

3. Frustration And The Stress Of War May Have Triggered His Actions

Rolling Stone's in-depth investigation of Bergdahl found that his unit was plagued by "a collapse in morale and an almost complete breakdown of authority." Bergdahl apparently saw an Afghan child get run over by an American truck, and began to see the U.S. presence in Afghanistan as "disgusting."

Just before he left his unit, Bergdahl had also been sending emails to his parents which were critical of the military and its leaders. Bob told his son to obey his conscience. On July 30, 2009, Bergdahl left his unit with only a few essential items and no weapons. The next morning he was reported missing, and a team with tracking dogs, a drone, and two F-18 jets began looking for him.

U.S. intelligence intercepted Taliban communications more than 24 hours later which said that the soldier had been captured. Over the next year, Bergdahl was featured in a number of Taliban propaganda videos, which reportedly showed that his physical and mental health were deteriorating.

4. Bergdahl's Family Has Been Critical Of Obama's Response

In the course of its investigation, Rolling Stone found that the Taliban had asked elders in a nearby tribal village to arrange a prisoner exchange with U.S. forces almost immediately after Bergdahl's capture. The Taliban wanted 15 of their imprisoned fighters and an unknown amount of money in exchange for Bergdahl, but the U.S. officer involved in the deal refused it. Bergdahl's family, including his sister Sky, alleged that the government covered up Bergdahl's situation by making members of his brigade sign non-disclosure agreements:

I am afraid our government here in D.C. would like nothing better but to sweep PFC Bergdahl under the rug and wash their hands of him.

It wasn't until May 2014 that the Obama administration traded Bergdahl for five Taliban members who had been detained in Guantánamo Bay. Many Republicans have criticized the deal, calling Bergdahl a traitor.

Prosecutors have accused Bergdahl of desertion and endangering troops who searched for him, which carry sentences of five years and life, respectively. The Army investigator has advised against prison time for Bergdahl because he seemed "truthful and sincere," but he did add that the sergeant seemed delusional to believe that he could just leave his unit in Afghanistan. Gen. Robert B. Abrams in Fort Bragg, North Carolina is expected to decide soon on what charges Bergdahl should face.