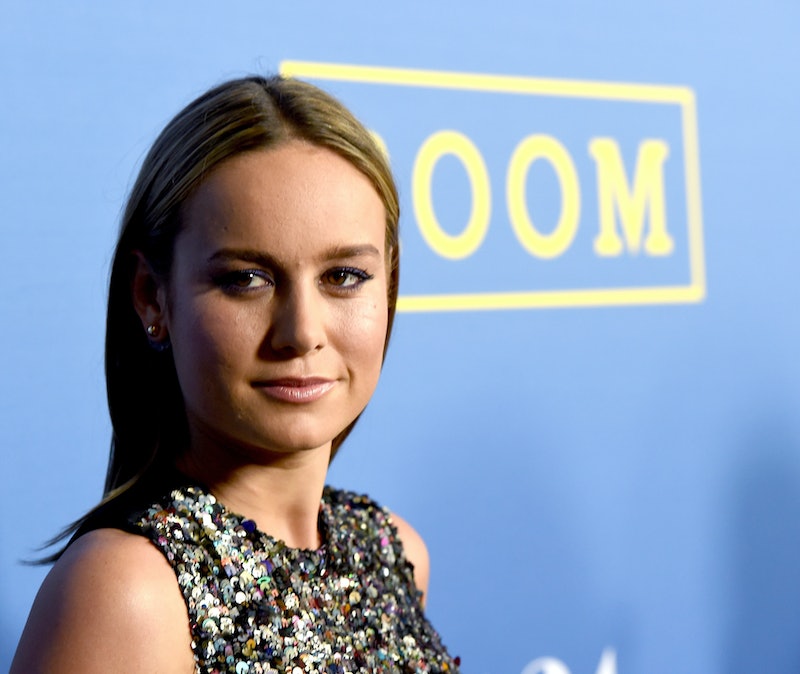 Brie Larson just received her first Golden Globe nomination for her performance in Room, and this comes only a day after her first-ever SAG Award nomination. Needless to say, the former United States of Tara actress is on a roll… and awards season has just started. At this point people are no longer just talking about whether Larson will get an Academy Award nomination; they’re flat out speculating if Brie Larson could win an Oscar for Room. And honestly, the prospect doesn't seem nearly as far-fetched as it did even a few months ago. In fact, it seems like a real possibility.

Critics are applauding Larson's performance and referring to her as a breakout star — although it is worth noting that the 26-year-old actress has been working professionally in the entertainment industry since childhood. She had many on-camera roles before The United States of Tara, and after the show's conclusion Larson appeared in supporting roles in many popular TV shows and films. She had parts in The League, 21 Jump Street, Don Jon, and The Spectacular Now, and last appeared onscreen in summer 2015 as Amy Schumer's sister in Trainwreck. But it wasn't until the release of Room that people really began to talk about Larson.

Her character in Room is her same age, but lives in an entirely different world, held prisoner in a shed with her young son by a man who abducted her years before. The depth of this character is difficult to grasp, but Larson pulled it off — and now she's being recognized for it. As the nominations have been approaching, predictions about Larson's award fate have grown more confident. GoldDerby, which utilizes horseracing-style figures to judge the probability of an Oscar win, claims that Larson has overtaken Blanchett as the most likely recipient. The site displays the progression of its predictions in detailed charts, and these clearly show a shift in Larson's favor in recent months.

Most other award-prediction sources similarly feel that the actress is playing with some pretty good odds, and virtually every review for Room mentions the possibility of Larson getting an Oscar. Even the New York Post reviewer who panned the film ironically stated that Larson's performance was an attempt "to win a no-makeup Oscar." As wildly offensive as that statement is, it seems that Larson may get her Oscar. And if that happens, I hope she "accidentally" pokes him in the eye with a mascara wand on her way to accept the award.

Of course, the Oscar nominations haven't even happened yet, so there's only so much that one can speculate about the ultimate results. But keep an eye on Larson, and keep an eye on Bustle for updates as the race for the Oscars begins.