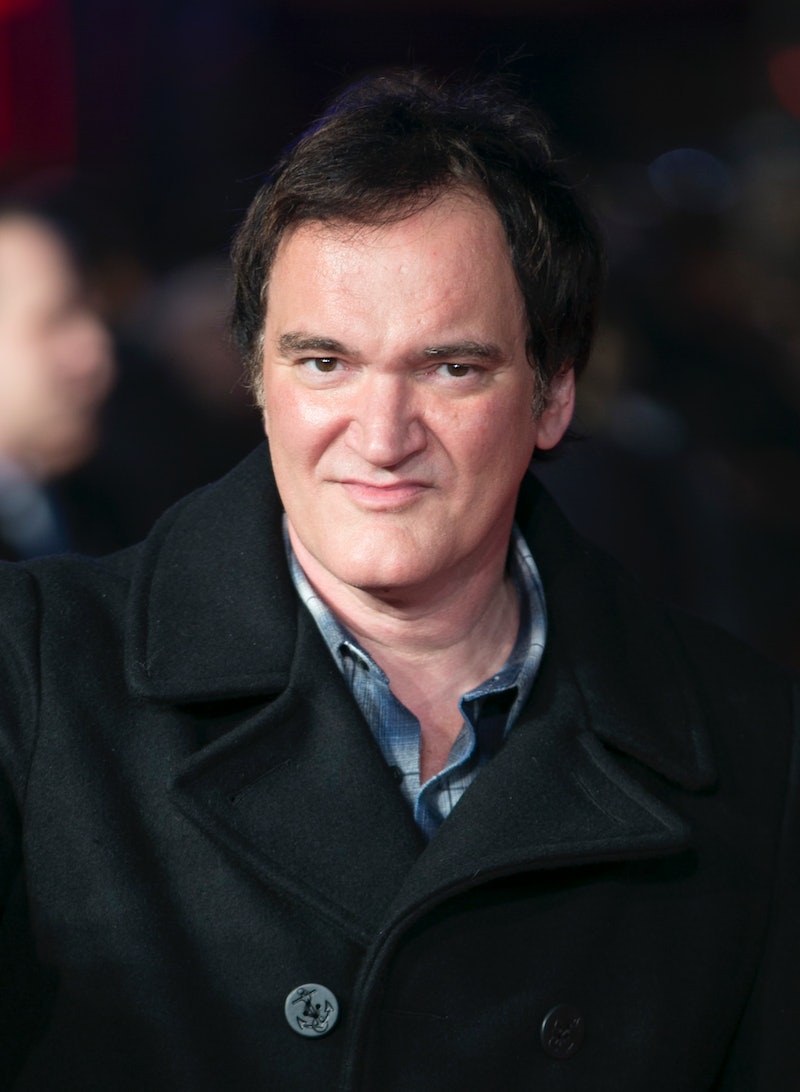 There are few, if any, directors working today who can claim to have the devoted fanbase of Quentin Tarantino. The screenwriter/auteur began his career with 1992's Reservoir Dogs, and this Christmas sees the release of his eighth film, The Hateful Eight. But some fans are worried The Hateful Eight will be Tarantino's last movie. Why would this be? Well, the movie almost wasn't made, for one. The script was leaked in early 2014, well before the film went into production, and Tarantino was not happy. He vowed that he would not make the movie, and there were fears that the experience had left him jaded. But Tarantino eventually changed his mind and went ahead with production. But after the ordeal, will he direct again?

Most likely. Tarantino has so far given a couple of different reasons as to when and why he will retire from making movies, but thankfully nothing he's said really lines up with The Hateful Eight being his final film. First of all, he has been quoted as saying that he wants to retire after an even ten films. He seems to like the idea of having a simple ten film filmography with common themes throughout, and he also doesn't want to be the guy who's still making movies past his prime and besmirching his reputation. Here's what he said at an appearance at the American Film Market last year, as recorded by Deadline.

"I don’t believe you should stay onstage until people are begging you to get off. I like the idea of leaving them wanting a bit more. I do think directing is a young man’s game, and I like the idea of an umbilical cord connection from my first to my last movie. I’m not trying to ridicule anyone who thinks differently, but I want to go out while I’m still hard. … I like that I will leave a 10-film filmography, and so I’ve got two more to go after this. It’s not etched in stone, but that is the plan. If I get to the 10th, do a good job and don’t screw it up, well that sounds like a good way to end the old career. If, later on, I come across a good movie, I won’t not do it just because I said I wouldn’t. But 10 and done, leaving them wanting more — that sounds right."

So clearly Tarantino is leaving himself some wiggle room, saying that even after his requisite ten films he may return to the director's chair if he finds himself with the desire to create something else. So that's certainly good news for Tarantino fans that he's taking a never say never approach, but what if he doesn't even make it to ten films?

Tarantino shot The Hateful Eight on 70mm film for ultra panavision widescreen, but very few people are going to be able to see the film the way he intended. That's because hardly any theaters still possess the projectors capable of showing a 70mm film reel due to near-universal conversion to digital projectors, and Tarantino despises the change. He's of the opinion that digital projection is no different from television, and showing movies that way removes the necessity to see them in theaters. He has recently stated that if he is no longer able to shoot movies on film and is forced to go digital, then he just won't make movies anymore. He said at last year's Comic-Con, as reported on by The Hollywood Reporter, "We’ve ceded too much to the barbarians. I didn’t work 20 years to see diminishing returns. That’s not the movie industry I signed up for ... If I can’t shoot on film, if I can’t release on film … we’ll see what happens."

At the same event, Tarantino also left a window open for The Hateful Eight being his last film, saying that there's a possibility he could combine his planned final two films into a television mini-series of equal length. Though given how he railed against digital production, I don't see how finishing his career on TV would be satisfying for him. He said of the possibility, "Maybe there are 10 movies, but three mini-series for television. My scripts get cut down anyway. If I wrote a script and it’s eight hours, then we’ll be all good."

As it stands, it seems highly unlikely that The Hateful Eight is Quentin Tarantino's last movie, but you never know. He may get so fed up with script leaks and digital conversions that he decides enough is enough. So you should probably go see The Hateful Eight in theaters while you can. And please, watch it in 70mm.