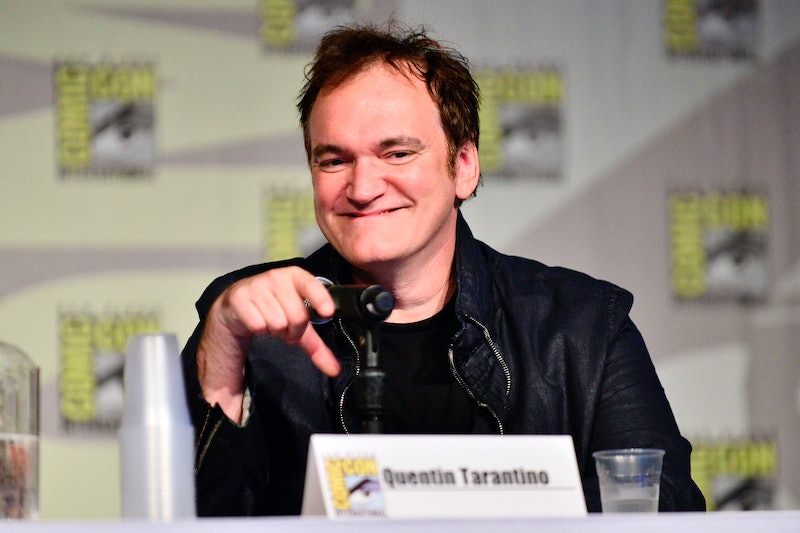 Excellent news: It looks like even after the script leaked online earlier this year and Quentin Tarantino vowed never to make the film, The Hateful Eight will see the light of day after all. During a panel at Comic-Con, which is going down in San Diego right now, Quentin Tarantino revealed that The Hateful Eight will go into production, despite his earlier statements saying the contrary.

"Yeah, we're going to be doing The Hateful Eight," Tarantino said during a panel for the upcoming Django/Zorro comic book, according to IGN. "We weren't sure about it, but I just decided just now." Like, right that second? Kind of sporadic and spontaneous, but OK, good enough for me! As long as I get to one day see this movie, I'm good with anything.

The film, of course, was on track to go into production next year and possibly star Bruce Dern and Christoph Waltz before the script was leaked. After Tarantino declared that he wouldn't make the film because the first draft of his script was now available to be read by the public, he got back a little of his power over the project by hosting a live-reading of the script at the Los Angeles County Museum of Art back in April with Samuel L. Jackson, Amber Tamblyn, and Kurt Russell. The plot of the film was revealed further, thanks to this event:

The story takes place after a blizzard diverts a stagecoach from its route, and traps a pitiless and mistrustful group which includes a competing pair of bounty hunters, a renegade Confederate soldier, and a female prisoner in a saloon in the middle of nowhere.

Anyway, there's no telling when The Hateful Eight will hit theaters, but at least we've got actual confirmation it's happening. And, considering what this project has been through already, that's a good start.