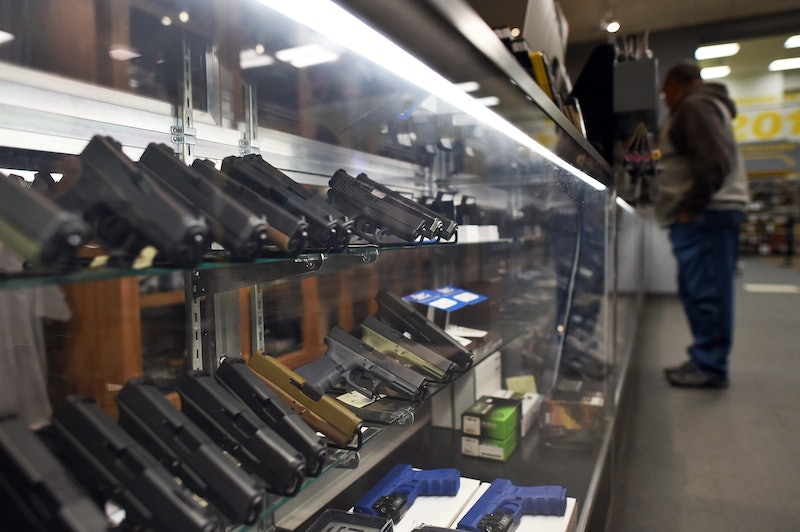 During a press conference in Hartford Tuesday, Connecticut Gov. Dan Malloy announced new gun control legislation which would ban anyone on the national no-fly list from purchasing a gun in the state. "I am taking this common sense step with this executive order simply because it's the right thing to do," Malloy told reporters. "If you can't fly without clearing government watchlists, you shouldn't be able to buy a gun." The Democratic governor intends to sign into law the executive order, which mandates state police investigation into new gun purchases and revokes existing gun permits for anyone appearing on a government watchlist.

The watchlist system is notoriously imperfect, but Democrats think that the ban is a step in the right direction. A similar bill created died on the Senate floor Dec. 2, struck down by Republican senators just one day after the San Bernardino shooting. Although the shooters, Syed Farook and Tashfeen Malik, did not appear on any government watchlists, President Obama called out the Republican-controlled Congress in his public address on Dec. 6, citing the need for tighter gun control in regards to suspected terrorists.

"Congress should act to make sure no one on a no-fly list is able to buy a gun. What could possibly be the argument for allowing a terror suspect to buy a semi-automatic weapon? This is a matter of national security," Obama said during his first address from the Oval Office since 2010. Given Obama's public support of the ban, Malloy should have no problem securing the federal approval needed to legalize his executive order.

Malloy's announcement comes just days before the anniversary of the Sandy Hook shooting, the deadliest primary school shooting in American history, which claimed the lives of 20 children and six faculty members. The Connecticut state legislation was quick to act on gun control following the incident — by April 2013, sweeping restrictions on assault weapons, as well as increased funding for mental healthcare and school safety, passed through the House and Senate with overwhelming bipartisan support. Malloy signed the bill into law while surrounded by the families of the victims.

Now, in the wake of the San Bernardino shooting and a new wave of national discussion on terrorism and gun violence, Malloy is once again taking swift, decisive action. "This is a moment to seize here in America ... If Congress won't act, we in the states will."