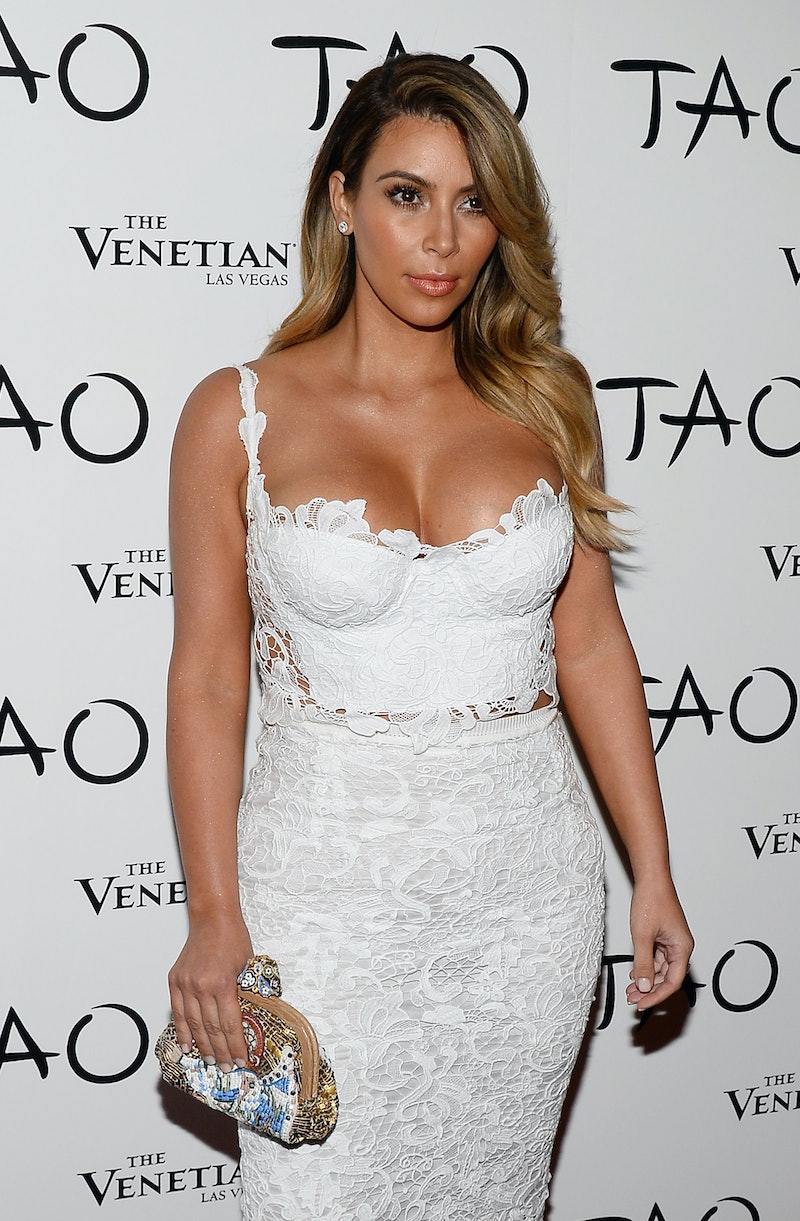 Kim Kardashian will appear on Ellen Jan. 17 to promote the newest season of Keeping Up with the Kardashians by talking about all the stuff that will be on season nine (Nine! Whaaat?) of the show. She doesn't need to give a spoiler alert because it has all already happened. The proposal, the giant engagement ring, the baby, the post-baby weight loss, we've seen it all by now. The only thing new thing the show will bring is ridiculous secondary plot lines. (Remember alien hunting?) On the bright side, Kim Kardashian shared some new pictures of North West and she's still cute no matter how pessimistic or down on the Kardashians you feel.

In one of the new pictures, North holds on to Kanye West's back as her parents play Monopoly. Kardashian says, "We were in Utah skiing and we were in this intense Monopoly game and she just wanted to sit and watch the game with us." I love the idea of Kim Kardashian and Kanye West playing Monopoly together. It's easy to picture them going shopping at Céline in Paris or opening a hundred new designer gifts for North together, but it's hard to imagine them just chilling and playing Monopoly. And look, Kanye is even smiling! This is seriously so cute.

A couple other new pictures show North trying on hair ribbons because Kardashian wanted test them out after seeing Kourtney's daughter Penelope wear them.

As for whether Kardashian wants to have more children she says, "I always wanted about six, after having her, I would have a million... but the pregnancy, I wouldn’t really wish that upon anyone." She goes on to explain that because of medical issues that she experienced during pregnancy, it wasn't the way everyone always described it. Ellen started, "Women who say it's a beautiful thing—" "They're lying! They are lying to you!" Kardashian interrupted. "My mom said that. Kourtney said that."

So don't worry everyone, there won't be a million new Kardashian-Wests anytime soon, but don't be too surprised if they add a South and East for good measure.