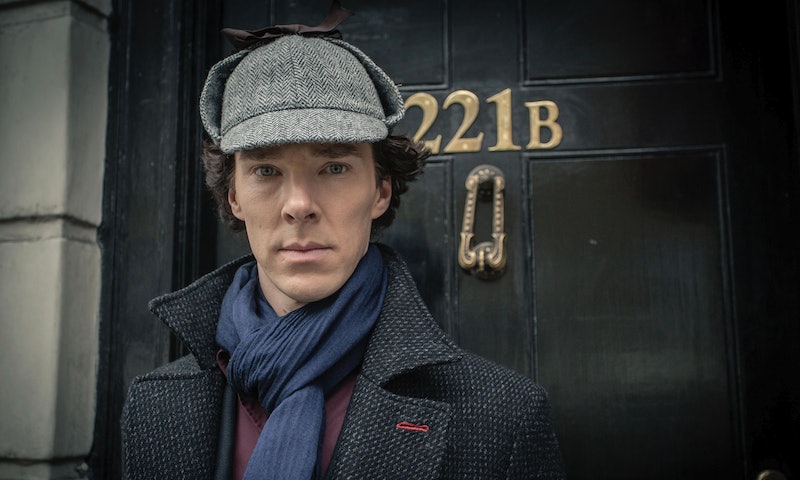 In honor of all those great fictional figures who have managed to make their way through the ages while remaining relevant — which is no mean feat in an era of 24-hour news cycles and oh-so-fickle fans — I give you the top 10 most timeless characters from books, ranked, of course, in order of their influence on contemporary culture and that elusive skill: staying power.

Before the comments roar to life and scorch me with the fire of a thousands suns, allow me to offer a disclaimer: This list only pertains to characters from books that have already proven themselves timeless over (you guessed it) time. As sure as I am that Harry Potter will go down in history as one of the greatest literary heroes of all time, it's just not possible to label world's most popular wizard timeless until a little time has passed. The same, of course, applies to the Bella Swan, Katniss Everdeen, Tris Priors and every single one of John Green's perfectly imperfect protagonists. As much as I would love to duke it out over which contemporary literary character is in fact the most excellent, sometimes its important to weigh the merits of those characters who have already battled the ravages of time and come out on top.

Without further ado, the top 10 most timeless characters, ranked.

As perhaps the most perfect encapsulation of teen angst ever to make it on to the printed page, Holden Caulfied clearly belongs on any list of timeless literary characters. What really knocks me out Holden, however, is that even after six decades in circulation, Caulfield still manages to call out phonys and confer a sense of elite satisfaction on readers young and old.

Currently I have in my collection a Pride and Prejudice board game, card game, and web series, along with a requisite copy of the novel itself and several literary spin-offs (Pride and Prejudice and Zombies, anyone?). Lizzie Bennet — feminist romantic heroine extraordinaire — has traveled far from her early 19th century British origins to influence generations of young women around the world, earning her a spot at No. 9 on this list and a place in my heart forevermore.

The competition for top literary detective is stiff, yet somehow Sherlock Holmes — the recalcitrant recluse with a deerstalker hat, dubious addictions, and an uncanny talent for alienating virtually everyone in his life — has clawed his way to the top of the pile. These days, clever detective work is virtually synonymous with the name Sherlock Holmes, making Sir Arthur Conan Doyle's creation a legend in his own right

Somehow, everyone you meet knows all about Alice, even if they have never read a word of Lewis Carroll's childhood classic. Any literary character — even a Disney favorite — who can sustain such broad interest among individuals who have never even picked up a copy of the Through the Looking Glass is clearly doing something right.

As much as I loathe adding to the luminous aura that surrounds one of literature's most truly repugnant romantic relationships, when you're talking timeless literary characters with sway in the modern age, there's simply no escaping Lolita. From the cult of Kylie Kardashian to the lure of Lilie Rose-Depp, contemporary culture is creeping toward a youth and beauty obsession that can be downright disturbing, and I cannot help but feel that Lolita might just have a little too much to do with that.

As the ultimate personification of indecision and psychic torment, Prince Hamlet has a lot to offer our generation in terms of influence, and we are not alone. Even after hundreds of years and generations of readers, to be or not to be remains the question.

With the Christmas holidays fast approaching, it's hard to overlook the influence of Ebenezer Scrooge — a paragon of greed in a needy world. Perhaps there is no better time than the season of giving to consider why this Dickensian embodiment of inequality still retains so much influence today.

Romeo and Juliet are for more than two mere paramours — they are the absolute embodiment of true love, and a testament to the power of passion. Drawn together against the greatest of odds and devoted to one another above all else, Romeo and Juliet may have died young, but their love has stood the test of time.

The specter of unchecked scientific hubris that haunts Mary Shelley's classic novel Frankenstein has not abated despite miraculous developments in modern medicine, incredible advancements in particle physics, and the dawn of the internet age. Somehow, Dr. Frankenstein's flagrant disregard for the laws of nature has retained its hold over the human psyche, with no hint of a slackening of the grip.

Granted, George Orwell's dystopian tour de force 1984 has not been around nearly as long as some of the other classics on this list, but the Big Brother has become virtually synonymous with the surveillance state. From reality TV to Wikileaks and the NSA, Big Brother really is everywhere, in a manner of speaking.