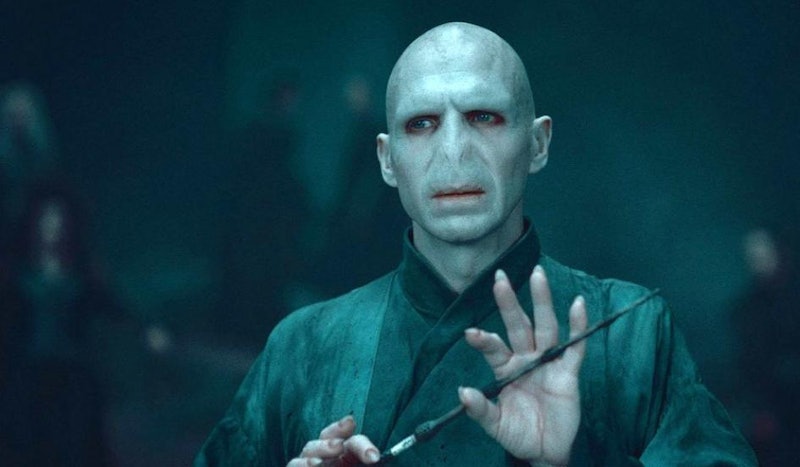 A few days ago J.K. Rowling rocked the rickety boat that is Twitter by claiming that Donald Trump was worse than Voldemort. While our collective reaction to this claim was a beautiful rainbow of sass that extended all across this Internet, by far the best one is this Trump2Voldemort extension that switches "Donald Trump" to "Voldemort." As a person who installed it mere minutes ago, I can tell you that my life has improved drastically, as have the entire contents of my newsfeed.

This comes right on the heels of Facebook letting you delete people who "like" Trump, so altogether I'd say that this is a pretty banner week. If you're wondering why all of this Internet rage is spiraling right now as opposed to all those other times during this debate season that we've face-palmed ourselves into oblivion, Trump released a campaign statement vowing that, if elected, he would stop Muslims from entering the country. In the alarmingly xenophobic statement, he perpetuated the already problematic level of Islamophobia in the U.S. by associating Muslims as a whole with the acts of terror committed by the very same groups that Muslim refugees are suffering at the hands of.

Oh, I'm sorry — did I say that Trump released that statement? My bad. I meant Tom Riddle.

YUP, that's right. This extension is thorough AF. I even went back into my own article, written when Rowling's tweet about Trump was first released, and saw that its original headline is now delightfully confusing:

#WorthIt, though. Anyway, here's what happens when you check your newsfeed:

I CANNOT GET ENOUGH OF THIS, and I am never switching it back. All hail Sarah Chen, the mastermind behind this Chrome extension who has given us the gift this holiday season you never knew you needed. Download the extension here.

More like this
What Is Barack Obama’s Net Worth? He Makes *Way* More Now As An Ex-President
By Hugh McIntyre
TikTok Is Using A Kendrick Lamar Song To Post Thirst Traps
By Courtney Young
What Does “Gatekeeping” Mean On TikTok? The Viral Term, Explained.
By Courtney Young
Is TikTok’s “Villain Era” Trend Just An Excuse For Bad Behaviour?
By Chanté Joseph
Get Even More From Bustle — Sign Up For The Newsletter