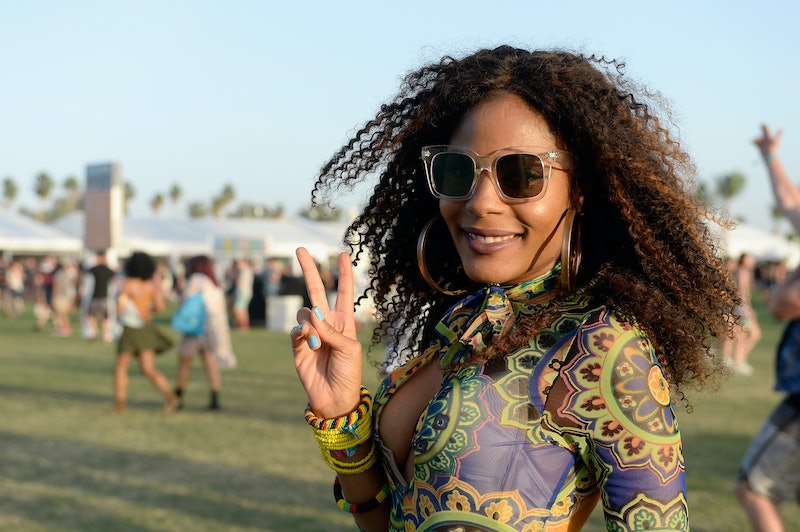 I’m constantly considering ways to be more likeable, both at work and in my personal life. It makes me happy just the thought of people being excited to spend time with me since I’m generally pretty outgoing and social. It’s especially important for me to secure individuals whom I can actually be outgoing and social with. Part of being a likeable person is based on having a positive attitude and being kind, of course, but there is actually much more to it.

After spending some time digging up tricks for increasing likeability, I uncovered several things that are so simple to put into action that I’m sad I didn’t know about them sooner. For instance — it may seem obvious once I mention it — but did you ever realize using your phone while verbally interacting with someone might change the way they feel about you in a totally negative way? It can make the other person feel as though you’re not paying attention to them, and lack a sense of caring for the conversation at hand. It seems being addicted to our cell phones is detrimental in more ways than we may have considered before.

I’ll expand on the cell phone point here with seven very simple ways to be more likeable. Try each of them on for size, and you might quickly find people are naturally more drawn to you, and want to be around you more.

It seems to me that — for most people — a favorite talking point is themselves. People love to talk about their relationship problems, issues at work, things that are happening in their home life, and much more. As they’re talking, they love to have a captive audience, so by truly listening to them and then engaging in what they’re saying, we’re instantly making ourselves more desirable to be around. According to Business Insider, in order to increase our likeability, we should listen about twice as much we speak. Remember to be an active listener by hearing, interpreting, evaluating and then responding.

2. Make It A Point To Remember Names

According to Jayson Demers, Founder and CEO of AudienceBloom, a content and social media marketing firm, people like to hear their own name. He went on to say that calling someone by their name makes them feel special, and as if what they’re saying actually matters to you. Next time you’re getting introduced to someone and fear there’s no way you’ll remember their name, try this tried and true trick: Say their name back to them, as in, “Amanda. Very nice to meet you, Amanda.” By saying their name aloud, it will increase your ability to remember the name and keep it top of mind.

3. Don’t Be Quick To Pass Judgment

My brother frustrates me to no end because he has always been a Ferris Bueller. People love him seemingly without him even having to try. When we were in high school, I couldn’t understand it, as he seemed like just an Average Joe to me as his jealous sibling. However, clearly he possessed some kind of innate power over people to get them to be interested in being around him. When I learned lacking a judgmental attitude is a top way to be more likeable, I realized — aha! My brother is the least judgmental person I’ve ever met by far, and this has likely boosted his popularity throughout life.

Being judgmental is one of the worst things you can do if you’re striving to be likeable. Having an open mind is so important in making others enjoy your presence, according to Forbes. In fact, it makes you both approachable and interesting to others. Next time you’re about to make an unwarranted judgment on someone or something, stop and bite your tongue. And, in turn, you might learn a thing or two about the people around you.

4. Don’t Try To Be The Center Of Attention

There was this girl I knew way back in the day, and the memory of her still haunts me. (Am I being judgmental here? Gah!) She was nice enough, yes, but there wasn’t a single minute that she wasn’t doing something outrageous to get attention. I always wondered if I was crazy for being slightly annoyed by her, but turns out it’s valid that we tend to not like attention seekers, according to Forbes. We also tend to be turned off by people who are constantly seeking sympathy. To combat this, try to catch yourself before you do any attention seeking. Of course, if it's simply in your personality to always be the center of attention, you don't have to change yourself entirely. Next time you want to be the center of the conversation, try telling a story about your best friend and how great they are, or a person at work you really admire.

You know that person you work with that’s legitimately a loose cannon? You never know what’s going to make them go off, and it drives you crazy how one day they can be completely positive and kind, and then next they’re extremely negative and terrifying. If unpredictable people like this make you uneasy, you’re not alone. According to Demers, consistency in your behavior and attitude is key for being considered likeable. People like to know what they can expect from others around them. Now flip this, and consider, for example, how your personality is at work. Are you emotionally all over the place and really hard to predict? To bring out the most likeable you, remember the importance of consistent behavior, and strive to keep your mood and actions mostly positive, where possible.

6. Be As Helpful As You Can

We as humans get along best when we’re helping each other, according to Demers. That said, we will feel more positive about the people who we help and those we help us. To get us to the next level of likeability, say yes next time someone asks for a favor, even if it seems inconvenient. Not only will you increase your likeability with them, you’ll also open yourself up to receiving help from this person when you need it in the future. Of course, don’t let yourself constantly get taken advantage of, but don’t shy away from offering help when it feels right.

7. Stop Looking At Your Phone

This one is the easiest of all, people, so let’s strive to get it done. If you’re mid-conversation with someone and find yourself constantly looking at your phone, you’re being freakin’ rude. This is especially true if the conversation is a serious and important one. Logically, the feeling that someone isn’t paying attention to you as you speak sort of sucks, right? Think how this person must feel that whatever you’re doing on your phone is far more imperative than what you’re discussing with them. According to Forbes, when you commit to a conversation, commit to it fully. That means putting that phone away. What’s more, you’ll find the conversation at hand to be more enjoyable, too, once you’re through being distracted.

For those of us who like the feeling of being liked, it can often be difficult for us to determine ways to get people feeling positively towards us. After using some of the easy tips mentioned here, though, we can all be successful in increasing our likeability with those we already know as well as those we’re going to meet down the road.