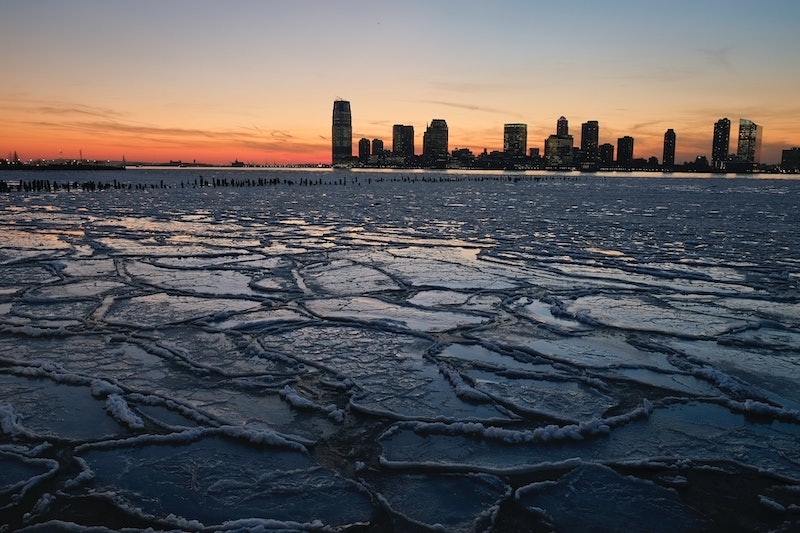 Fantastic, just the news we were hoping for: the polar vortex is coming back, and it's going to be bigger, badder, and blizzardy-er than ever, baby. Yeah, the infamous polar vortex was supposed to be swept up into Canada for good. But after a few days of lurking over Hudson Bay, it appears to have changed its mind, and is returning to the United States. The vortex is set to make its second appearance next Tuesday in the Northeast and Midwest, and will wave its evil polar wand to make temperatures across the country plummet back down 20 to 30 degrees below normal (whatever that even is anymore). Oh, it get's worse: the cold freeze is also going to stick around until the end of the month, which is about six days later than any polite houseguest should stay.

For those of you who hibernated through the last one, here's a reminder about what exactly the polar vortex is:

The polar vortex is basically a 100-mph whirlwind of really cold, dense air that typically lives up in the stratosphere at the North Pole (the South has one, too). Because the winds are spinning so fast, all the air inside the vortex is trapped. But we got unlucky this year — the winds slowed down, which meant that all that icy air spilled out, headed to the next layer down (the troposphere, where weather happens), and headed our way.

This second visit is not only supposed to stay around longer — it will also bring snow, though anything more than four inches is a long shot. And as for snow-free West Coasters, you're not getting off easy, either: all this weather is going to bring you more drought.

(A very, very detailed explanation of the weather system for those who are meteorologically inclined is available here from the Washington Post.) Happy Friday!