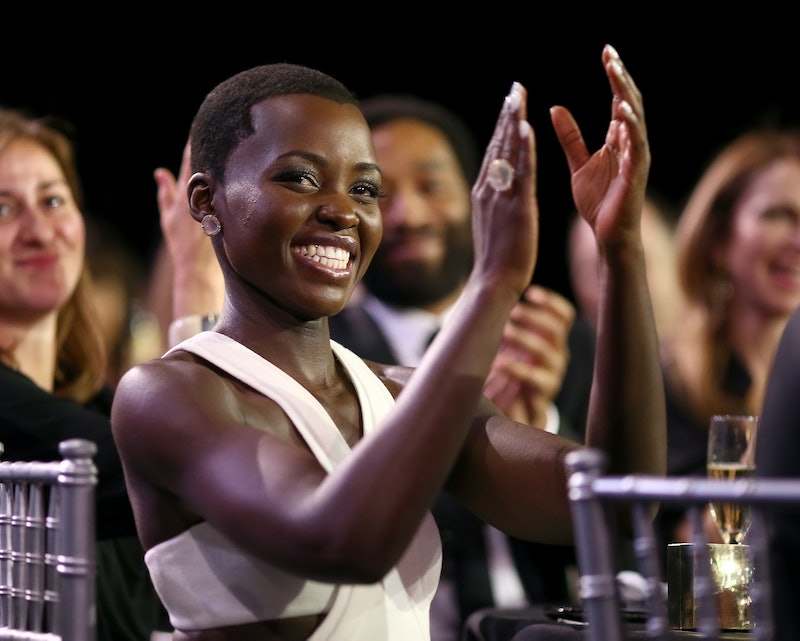 If there's one thing we should all agree on right now, it is that Lupita Nyong'o is damn great and should be everyone's Hollywood crush of the moment. She's incandescently talented, incredibly intelligent, stunningly beautiful, mad stylish, and in all likelihood now friends with Oprah. Nyong'o also just won a Critics' Choice Award for her role as Patsy in 12 Years a Slave, and her acceptance speech only served to underline most of that aforementioned amazingness.

The Kenyan actress rushed to the stage upon hearing new name called out as the winner in the CCA's Best Supporting Actress category. "I'm a little terrified," she admitted, but it was all alright because we were putty in her hands from the get-go.

"Julie [Roberts], thank you for making my brother the coolest guy in school by taking a picture with him," she said. She also thanked the late Solomon Northrup and "his love and passion for freedom," as well as 12 Years director Steve McQueen.

The whole thing only goes to underline the class, elegance, and adorable enthusiasm that oozes from Nyong'o's every pore. And though she may not have won in her category at the Golden Globes — traditionally a ceremony more known for predicting Oscar winners than the CCAs — we truly hope her win this week is prophetic to a certain Oscar speech we'd love to hear in the near future.