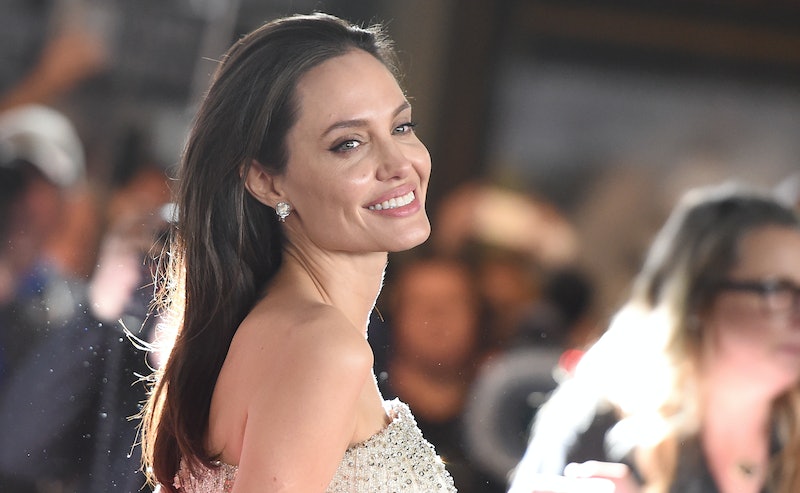 How much do you really know about your own medical history? Yes, you're aware of your allergies, the time you got measles when you were five, the mono in college — but have you ever put yourself in the context of your own family's medical conditions, particularly the hereditary ones? Do you know how your grandparents passed away and what illnesses they had, and if your parents have had anything serious in the course of their lives? This stuff is just as important as keeping up to date on your vaccinations; many illnesses have at least an element of genetics in their make-up, and it turns out that your mother's medical DNA has a particularly strong hold on your health's future.

Conversations about health can be particularly difficult between parents and children; I only found out my mother had cancerous cells removed from her uterus some 25 years after the fact. (Then again, my family is unusual.) But openness about their health and illnesses, and those of their parents and grandparents, may be the missing piece in the puzzle of your health.

While some genetic links aren't yet certain (it's still not absolutely confirmed that endometriosis, for example, is partially maternally genetic, while your fertility doesn't seem to be genetic), others are backed up by medical research. And they'll be of great interest to your doctors, particularly if you start showing symptoms of something unusual.

It's important to remember that the bits of your mother's health that are relevant to yours aren't just restricted to gynecological health — although those parts (menopause, breast and ovarian cancer) do feature. Here are eight questions to ask your mother about her health that will inform your own medical history, and hopefully make you safer in the future.

1. Did She Smoke Or Drink During Pregnancy?

Yeah, I know, what a fantastic icebreaker. But if there's a way to get this one across without your mother throwing a book at your head, it may be an exceptionally good thing to know. The impacts of alcohol and tobacco on fetuses are well-known in medicine, and range from heart problems to respiratory issues. The key to a health issue you're currently having may lie back before you were even born.

2. Does She Have Any History Of Type 2 Diabetes?

Type 2 diabetes is one of the diseases that seem to be mitochondrial, which means they're passed down via the genes of your mother. There are a lot of other factors that can cause type 2 diabetes, but science has now discovered a pretty strong link between diabetic type 2 mothers and the same conditions in their kids. So if your mother's ever had to have treatment for it, even if it was before she became a parent, it needs to be part of your medical history.

3. Has She Ever Had Heart Problems?

There are particular heart problems that can be genetically tested in parents and children: arrhythmia, for instance, is often inherited from our family, as are conditions that effect the proper regulation of the heart muscle. If she does have heart problems, find out when they turned up, what may have caused them and whether anybody else in her close family experienced similar things.

4. When Did She Start Menopause?

Your mother's menopause age has a strong influence on when you yourself will stop menstruating. It's one of the most important factors in determining your own fertility window, so if you're intending on having kids or having fertility issues, this is an important piece of info to get correct (even if other lifestyle factors may mean you experience it at a different time: if you smoked, for instance, you'll likely get it earlier.)

Your cycle is closely tied to maternal precedent in general: you're likely to get your first period at the same age as your mother, too.

5. Has She Experienced Mental Health Difficulties?

The hereditary aspects of mental health are often glossed over, but it appears that genetics has a strong role to play in their recurrence in families. Many are less straightforward than just "having a mentally ill parent," as our brains are complicated things that react to our environments.

Finding out if she's ever experienced mental difficulties, particularly postpartum depression, may give you warning that you're susceptible. Postpartum depression's specific hereditary nature was only discovered in 2013, but a family history of the condition is definitely something to raise with your doctors if you're trying to get pregnant.

6. Has She Ever Had Eye Problems?

Genetics are one of the big risk factors when it comes to the development of primary open-angle glaucoma, the most common type of glaucoma in America. A lot of research has been done into the genetic mutations that act as risk factors for developing glaucoma, or even cause it outright, and scientists have found at least seven. It's pretty clear that if a parent develops glaucoma, you're standing dead in the risk zone, and if you notice a decline in your vision treatment can begin quickly to slow the progression of the disease and try to save your sight.

7. Has She Or Any Other Women In Her Family Had Ovarian Or Breast Cancer?

We actually known exactly what genetic mutations are responsible for some breast cancer cases: the BRCA1, the BRCA2 and the TP53 gene mutations. We can even test for them, and, helpfully, the two BRCA gene mutations are also behind many ovarian cancer cases, too. (This is the genetic testing Angelina Jolie had done, leading to her preventative mastectomy.) Tracking the incidence of cancer in the women in your family, including precisely when it showed up, what form it took and what was done about it, is a key part of your own health history too.

8. Does She Have Osteoporosis Symptoms?

A family history of bone density problems is a pretty classic red flag for your own potential for osteoporosis and other bone difficulties as you age. It's not a fixed thing: many other factors play into the development of the disease, including age and medications, but if your mum had it your risk is likely higher: women are generally more susceptible to developing osteoporosis in general, and that on top of genetics may be putting you in danger. Start drinking your milk, stat.