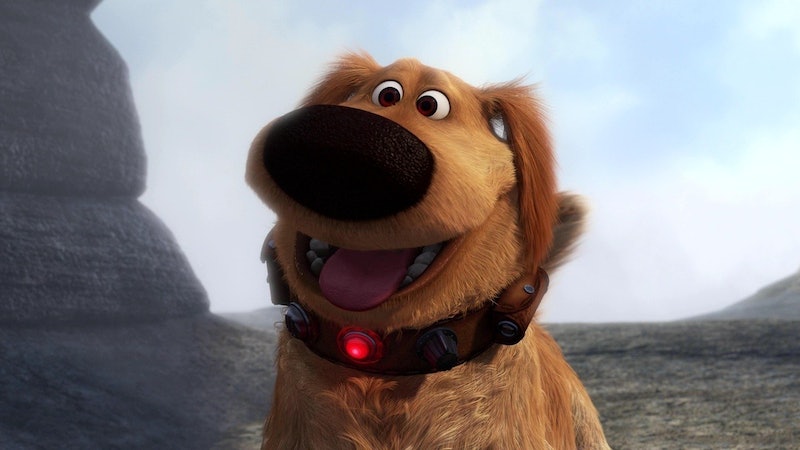 Most pet owners would admit to talking to their animals, but few can say that their furry friends talk back (Well, beyond “Rub my belly, please” and “I would like you to keep throwing this ball for the rest of your life, thx!”). In the future, however, conversations with our pets may become much more complex: Scientists are currently working to develop technology that allows animals to “talk” to humans. And while animals with the ability to speak may seem like the culmination of every fairy-tale fantasy you’ve ever had, technology-enhanced animal-human communication could serve a variety of practical purposes — some of which could even save lives.

In a recent article, WIRED investigates a new field of study known as “animal-computer interaction.” In this field, scientists are studying some of the many ways that modern technology, from GPS to wireless communication, could be used to help animals “speak” to us. You might be thinking, “But animals already communicate with us!” That’s absolutely true. Through body language and sound, animals convey information about how they feel and what they want. Service animals are trained to communicate with their handlers in sophisticated ways and perform a huge variety of tasks, from sniffing out explosives to detecting oncoming hypoglycemia. But their ability to communicate with us is limited, and sometimes humans miss out on important knowledge that animals have, simply because there isn’t a way to pass it on.

Melody Jackson, a computer scientist at Georgia Tech, offers an example in a TED Talk: Hearing dogs alert their handlers of important sounds by nudging them and directing them to the source of the sound. But what about something like a tornado siren, which doesn’t have a clear source? Jackson is developing computerized vests that service dogs could wear and use to alert their humans to important information. In the case of a tornado siren going off around the home of a Deaf person, she explains, the dog could press a button which would then send a text to the handler, saying, “There’s a tornado siren going off!”

The implications of such technology are broader than you might think. Jackson highlights a number of ways that a computerized vest could be configured to help a service dog: A dog who is trained to help someone with epilepsy or diabetes could pull a lever during an emergency that says “Excuse me, my owner needs your attention” (rather than simply barking, which might be confusing for strangers who aren’t familiar with the dog’s signals). A search-and-rescue dog could have send an SOS alert with GPS coordinates to rescue crews. With a specially equipped vest, a bomb-sniffing dog could indicate, not only the presence of an explosive, but what type of explosive is present, helping handlers to know how to handle and disarm the device.

Jackson isn’t the only researcher studying how to improve animal-human communication through technology. At the Open University in the UK, researchers at the Animal-Computer Interaction Lab, headed by Clara Mancini, are also thinking about technology designed especially for animals. Mancini has designed a sensor that monitors the “sniffing pattern” of dogs trained to detect cancer; this pattern can reflect the strength of the scent. Mancini’s research group is also working to design domestic items with service dogs in mind, so that dogs whose jobs require them to use light switches, door handles, and even washing machines can do so with ease.

Much of the research on “animal-computer interaction” is focused on dogs because they’re already used so much as service animals, but scientists are also investigating how technology could help us communicate with other species. According to WIRED, projects for human-dolphin communication are in the works, Jackson is developing sensors that look for signs of lameness in horses, and some researchers are creating “cat-human videogames,” which I would like to think look something like this:

You can see Jackson’s full TED talk below. Jump to the 17:30 mark to see a computerized dog vest in action.