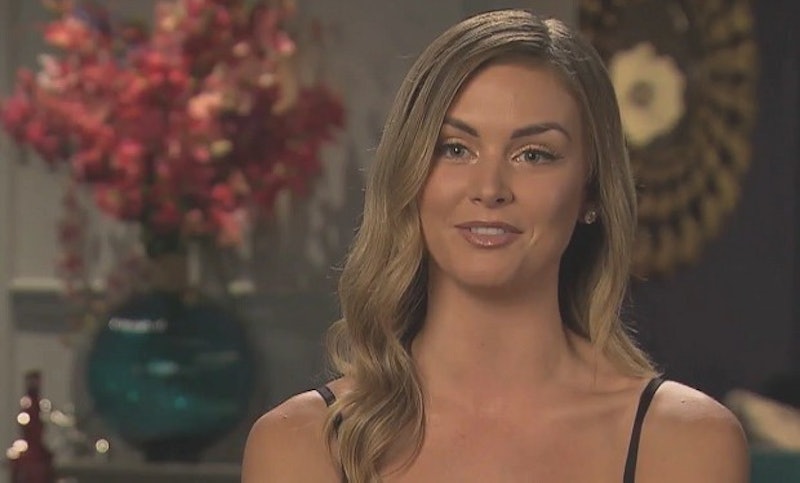 There's always a question of how real reality TV is, but when it comes to Vanderpump Rules, even the most-skilled writers couldn't make up this drama. On Vanderpump Rules , Lala learned James hooked up with Lauren, which might sound like any old shift at SUR, but it was actually a bit of a betrayal, since Lauren was trying to hide it from Lala. (Oh, and because it was revealed via bite marks.) In an interview with Bustle, Lala sets the record straight on how she was feeling during that scene, and where she stands with Lauren now. "I was ready to rip both their damn heads off."

It was almost too good to be true when James walked into SUR with marks on the back of his arm, the same marks that would probably be left there if he were to hook up with someone who agreed to participate in his back-of-the-arm-biting fetish. James approached Lala (and Lauren) at the hostess stand, didn't even greet Lauren, and started kissing Lala. Lauren, who probably was internally thinking OMG, walked away just in time for Lala to discover the marks.

"[Lauren] was definitely someone I looked at and said, 'That's a good chick, I should confide in her,'" Lala says.

When Lala told Lauren that James had to have hooked up with someone because of the marks, Lauren was eager for her friend to drop it, and let it go. Something along the lines of, "he's not worth your time." Unfortunately for Lauren, Lala didn't let it go. Like, at all.

"I can not even tell you how in shock I was that it was Lauren," Lala says. "[Lauren's] telling me to let it go, not to worry about it. Telling me the only reason I care so much is because 'You're drunk,'" Lala says. Lala recalls Lauren taking James away from her in the midst of the drama. "I thought she was just being my homie," Lala says, "trying to calm him down."

Since this was the first time we were meeting Lauren, it was a little unclear how close she and Lala were before the incident. "I would say we were friends," Lala says. "She trained me at SUR." But are the two friends now? "We're cool now," Lala says. "I forgive and forget, but there are some things where you just have to be like, 'Pump the breaks a little bit.'"